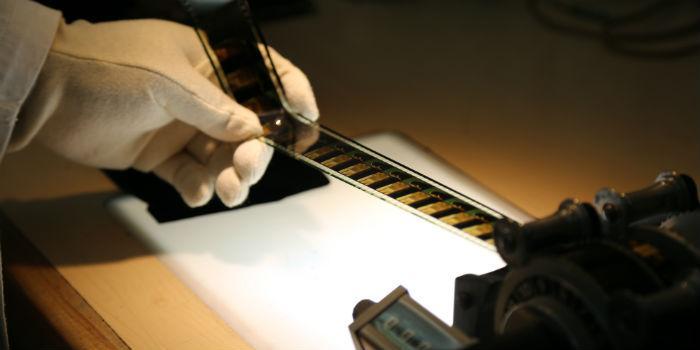 Preserving audiovisual heritage means ensuring its access today and tomorrow. However, to achieve this, various theoretical and practical problems are presented.

The combination of planned obsolescence and media degradation promotes the irreproducibility of machines and formats. For material of analog origin, digitization has become a necessary practice, since it adopts a ubiquity that encourages its access and foresees some of the dangers of a physical archive. However, the storage of digital files has become a contentious issue.

According to the support, its degradation varies. Early magnetic formats and discs produced in the last decades of the twentieth and early twenty-first centuries have proven unreliable in the long run. The hasty development of media storage technologies has only added to this problem, and has generated uncertainty as to which format will endure.

Degradation happens on any medium and any means of reproduction.

Currently, in most cases, the storage of audiovisual content is done within magnetic tapes of the Linear-Tape-Open (LTO) type. This technology appeared in the late 90s and has been quickly adopted by the film industry as a standard due to its cost in addition to the large storage capacity and its relative autonomy (compared to services such as the cloud). In its latest version, up to thirty terabytes of compressed data can be stored in a single cartridge.

The main problem with the LTO is its lifetime, which is 10 years. After this you have to consider storing this medium in special conditions of temperature and humidity to prolong its life. Likewise, reading devices must also be safeguarded. As this technology has been developed, the storage density has increased every two years, but with each generation of LTO that appears on the market, another, three generations ago, ceases to be compatible with new readers.

In this context, migrating a large file to the latest version of the format could carry a high risk, since the information requires specific hardware and software environments to be able to reproduce the contained data. According to the Institute of Electrical and Electronics Engineers, the process of maintaining and migrating large volumes of information can cost millions of dollars and carries the risk of losing the information.

Cloud storage is also a victim of this problem. An example of this is what happened with Myspace in 2018, where around 50 million songs were lost during a migration on its servers.

Cloud storage also carries other risks: security incidents, cyberattacks, and the risk that information is in the hands of a third party. Likewise, the servers depend on a company, which may suffer some infrastructure damage, its dissolution or litigation, which can result in the loss of information, as happened with the deleted data of 630 Megaupload servers.

The film
The film, formed by the emulsion: a gelatin (complex proteins) with photosensitive crystals in suspension, on a base, which historically has been nitrate, acetate and polyester: which is used today as the base of the film and which is extremely resistant material.

Although all film supports present some kind of chemical or physical degradation, the fact that you can see the content, provides enormous benefits. A nitrate material from 100 years ago can still be seen, treated and digitized, as it does not require a highly advanced player. Its content can be reviewed with just a light source, making it a format that can overcome constant technological changes.

Advances in film media have managed to ensure centuries of life, when combined with its reproduction characteristics, the support is one of the best options for the storage of audiovisual content in the future.

There are several technologies for transferring data to film. The so-called data to film or digital intermediate, allows to capture audiovisual content born in digital on 35mm film. Beyond the moving image, there is also Piql, a Norwegian technology with which digital data can be preserved in a film medium that has a life span of up to 500 years, a period of time proven by Norner, a laboratory specialized in polymers.

This technology aims to avoid the risks involved in the migration cycle of digital media, but this process must be accompanied by a digital preservation strategy, to ensure not only that the content was stored correctly, but that in the future it can be recovered with reliability and integrity.

Whether on paper, stone or film, we can see the cultural fragments of antiquity. The degradation of materials is inevitable due to the multiple environmental factors to which the supports are exposed. But in the quest to transcend, the preservation of digital information in the long term represents one of the most significant challenges to safeguard the recent history of humanity.

* Erick Cardoso is a graduate of the University of North Texas. Specialist in information sciences and technologies. He has participated in various initiatives for the preservation of content, such as the Archive of the World in the Arctic, InterPARES and projects of the Ordinary Commission for the Preservation of Documents and Digital Collections of the National Council of Archives of Mexico.