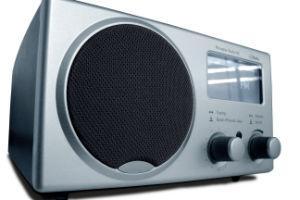 Colombia is walking in a peace process that excites it, however, the idea, the way, how to get to it also divides the country.

How do community and public interest radios report on the long-awaited path of encounter?

In Latin America and the Caribbean there are about 25,150 stations. Colombia has 1974 of them. 994 are commercial, 686 community in FM and 294 in public interest distributed as follows: 131 in FM and 161 in AM. To the latter category belong the so-called university, indigenous and law enforcement radios. Just over half of the country has one of them.

This type of experience is about to turn 18 years on the air generating messages of all kinds and although time has passed, many proposals still walk on indefinite, poor political projects, with little training in content management and high turnover of personnel in the face of the low budgets they manage. It should be noted that many stations have opted for scenarios of peace, coexistence and regional agreements in favor of solidarity.

Mónica Valdés, director of the training program for Latin America and the Caribbean of the World Association of Community Radio Broadcasters AMARC rescues the importance of the SIPAZ portal that existed from 1997 to 2008 and in which the community media exchanged useful information for peace.

Radios of public interest. They belong to the Police and the Army. Colombia is, perhaps, the only country in the world that has two large radio networks assigned by the Ministry of Information and Communication Technologies to the National Police (56 stations) and (67) to the Army.

University radios. Today the country promotes an exemplary Latin American experience of university frequency network. There are already more than 60 of them that reproduce the voices of teachers, boys, girls and independent producers who accompany their audiences. The university sound pieces want to take on the challenge of the creative act and the generation of their own and original content. But, in short:

In countries of the region, in the guerrilla war or roads to the post-conflict, in El Salvador the radio mobilized the revolutionary troops, inspired, motivated, promoted the seizure of power and arrived at the peace dialogues the microphone of Radio Venceremos testified about the consolidation of agreements that were disseminated before, during and ended the conflict by the seizure of power. A similar phenomenon of incidence occurred with the revolutionary "frequencies" of Nicaragua and Cuba. No media was lukewarm. Brave people who spoke of peace.  Already placed in that context:  Guerrilla radio

1. Recognize the past and still risk in the future

Without training, vision is poor. Any radio is called to put the accent on the training and training of its staff. The path teaches that the sales force with nothing to sell becomes weak. The community media, in general, care about their economic capital and have ignored that it is reached through social capital. This reality also flies over some university stations that at times disinherited with creativity and focused on being the loud speaker of the alma mater keep silent about the current photo of national life and thus narrate their interest in current issues.

The stations mentioned here can be the first inspiration for political projects that animate a post-conflict future because they will be calm, calm and relief for those who abandon their weapons and access the orality of AM and FM.  Hernán Espinoza, CIESPAL. Ecuador. "Radio needs to know the society it is reaching, radio needs to understand history and all that is education, the communicator like no one should enjoy solvency in learning and experiences."

Open the microphone to those who have been part of any subversive group. If the future returned to civilian life do not receive from community radio and public interest the embrace to go to their recording and broadcast rooms, then how will they participate in national life? The legislation on sound is to comply with it and community radios have been born to be plural, participatory spaces and not of voices that speak for the community, but rather, that give voice to those social sectors. The phrase of the past does not fit in the present and shrinks its space in the future: "The radio is the voice of those who have no voice."

From here we invite all the men and women who are in the 686 community stations to stop talking and start listening. The same proposal is for frequencies of public interest: forums, debates, news and newscasts are ideal pieces to recover the right to communication. Many will say that reinserted people do not know how to read and write and that may be true, but so is the one who knows how to speak. In the voices to come there may be a quarry of great storytellers, of recovery of orality. Less arrogance and more participation, that could be a key for a station that wants to walk for peace.

Many radio expressions in the country have been denatured by becoming almost commercial offers of music and more music. The new sound map could say: "The community radio station of Bochalema presents its program: "adiós a la guerra", a space hosted by Iván Márquez and Marcos Calarcá. Why not? Shouldn't the media cited here be plural and participatory?

4. Your neighbor was a murderer

How hard is the phrase read, but how much reality it embraces. The types of broadcasters cited here are not judges of a process but part of it and that participation given within a constitutional framework must be tolerant. An example: Margaret one day dissatisfied left home to go into the bush. Now the 17-year-old has returned to the village with the scars of 30 years of war and backward famines. He sees everything differently and gets lost between looks that are alien to him.

Margarita is now unknown to live where she was born and then she tunes into the local radio and squeezes the illusion to change her life but she needs to be heard, to feel integrated and that process can help her solve the media as a friend of her audiences.  Your neighbor is no longer a murderer; he is a radio broadcaster, a sound producer who talks about peace because he knows how hard war is. He feels the need for coexistence because he suspended for years the social right of recognition and respect. She takes care of life because she ended many of them and knows that for a long time she "lived dead". Margarita today has many lessons learned, a world to contribute, a vision to share and she can be part of the station's programming board, do two or three programs, study a career and be the director of the local university station. Why not?

The first actor that enables or denies the chain of communication is the concessionaire of the station because it is the one who "decides" whether or not to open up to solidarity participation. The media are social actors with a high impact value on their audiences and their decisions, they are a blurred and illusory mirror of "reality" and paint it the color that suits them, none is neutral. Listeners know their local frequencies, they know their interests and inclinations.

Today's audiences migrate to new media, they are informed from different scenarios. The local media is not the only one that hunts about the national reality. The legitimization of content does not necessarily go through conventional business models that are trapped in an analogous space within the digital world, but rather are approved by audiences on social networks, for example.  Not confusing audiences and being clear in information could be a great contribution to peace.

6. Be calm and reassure

Radio contributes to generating states of anguish or tranquility. "Attention, last minute, last minute, in minutes the President of the Republic will talk about the definitive breakdown of the peace dialogues." Just by reading the paragraph, anxiety, restlessness is already transmitted and this is how in the preferred frequency the silence shouts and speaks the announcer on duty.

Our message for the previous paragraph: do not hide, but do not alarm either.  Many of the notes produced in the country forget the components of the media: voice, music, effects and silence; but when it comes to immediately attracting attention radio broadcasters find these resources and then disturbing music comes in and the effects that create anxiety sound. "Attention Colombia, breaking news, last minute, we repeat, last minute, in minutes the President of the Republic will talk about the continuation of the peace talks."

In the end, nothing happened, but the radio altered and worried, because a fatigued voice without air transmits anguish and a journalist without a script contributes opinions and not information, phrases that feed listeners connected to the dial that pale in front of the hope of one more attempt. We will have to inform and continue to do so, but will the accents be in the spectacular of the dialogue table or in the context of the information? The tone, timbre, rhythm and volume, among many other components of the voice are part of the radio narration. A poem can have a thousand versions, a call at home can be made in a thousand ways, a caress can jump to category scream and a scream to whisper.

Today, steps away from completing 100 years of radio road, another responsibility is to be assumed and this time, as every morning, the audiences will be willing to be informed and oriented. The challenge is not of the listeners, it is of the broadcasters, of the opinion generators to investigate and separate themselves from the headline.  The depth is typical of a community radio and of public interest and they are denatured by wanting to be, "when great" like their sisters who title to "hook", a thesis that is also poor and at times false when what is said in the headline does not sympathize with the report that goes to the air.

The title is like a name, a brand, a stamp and although it must be striking, it must also be warned that it must meet conditions of truth and not morbid exploitation. Moving away from the headline, embracing the content, approaching the depth could be a positive bet in favor of the current dialogue table and the post-conflict. The morbid fits the morbid better.

One of the highest "awards" that a radio broadcaster has as a result of his work and dedication is his captive audience.

Faced with the days of darkness in the country, radio is usually the means of communication that first reports, but also, it must be said, it is usually the first to alarm. Colombian radio has plenty of it:

With the above perspective of context and the learnings for peace, we close the text and open the discussion so that the stations mentioned here review their actions in the face of the current historical moment that the country is experiencing and of which they should not be strangers.   a fundamental social actor in the Colombian peace process.

*Tito Ballesteros López is a social communicator and researcher on radio issues.

No thoughts on “Radio, a social actor for peace”