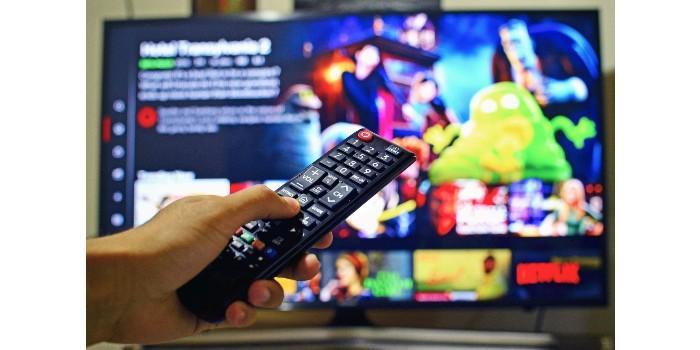 The speed with which the contents distributed through digital platforms reacted, in many cases has been much more effective and accelerated than that of traditional media.

All the numbers indicate that the thesis that states that the consumption of content, both from traditional channels and digital platforms, has been accelerated by the current crisis is true. It is estimated, according to a business insider measurement, that pandemic-related growth will be close to 40% in free-to-air TV, streaming and news services.

In relation to online subscription services, the biggest acceleration, according to the study revealed by eMarketer in June, is the product of three trends.

The first is that the emergence of subscription platforms has been growing continuously. This has surely allowed underserved niches to have options to enjoy content on specialized platforms. Such is the case of services such as EDYE.tv, a platform aimed at preschool children, or Docubay, a subscription service focused on documentaries.

On the other hand, the global lockdown will cause the time spent by households to consume content from subscription platforms to skyrocket 20%.

The third trend is the acceleration of cord-cutting, pushed by the cancellation of live sports broadcasting, in addition to its own downward dynamics due to the clear reduction of costs in households. In the United States, about 9% of pay-TV subscribers are expected to cancel service due to the pandemic.

Live video has been no stranger to all of this. The way in which human relationships used to occur, suddenly stopped, creatively redesigning communication tools. In this way, the boom of videoconferencing applications and systems began to take place. A recent study by LearnBonds showed that in the U.S. in April, Zoom had 43% of the market, followed by GoToWebinar with 19% and Webex with 11% share.

This is how videoconferencing tools are here to stay and will continue to become the center of all eyes for any virtual event, from a preschool or university class, to a transnational event in multiple languages.

In general, the pandemic has become the perfect lever for web services such as those mentioned above, for the new bets of Wirecast or Newtek, developments such as OBS and vMix, technologies such as WebRTC or for less robust bets and integrations, but no less surprising, such as StreamYard or Belive, which integrate real-time communication, interactivity and user experience, with the potential to reach thousands of users simultaneously through streaming through social networks, CDNs and video servers in real time. I invite you to know these services, which imitate in a very creative way, the basic needs to hold events and conferences without major technical requirements and in a very intuitive way.

The speed with which all services and media and content producers distributed through digital platforms reacted, in many cases has been much more effective and accelerated than that of traditional media with their main businesses. However, connectivity and access to appropriate technologies and devices still do not have optimal coverage in the vast majority of countries in the world, including Colombia.

The challenges
In contrast, during a recent interview made by Journalist John Jairo Ocampo on the ColombiaMás portal with Werner Zitzmann, Executive Director of the Colombian Association of Media, the union leader said that the competitive environment of advertising, added to the economic situation of the pandemic, has made these media to date are registering a fall in their income of approximately 60%.

Everything seems to be a snowball with several elements that need to be evaluated. First: the importance of the reactivation of content production, as an engine of the creative industries, under clear biosecurity measures for talent and technical personnel. Second: the adaptation of formats, languages, genres and narrative, orienting them to production schemes with clear logistical and physical limitations, product of the pandemic, so that they go from being impossible to being feasible, from oriented to the screens, to directed for the audiences. It's time for content with purpose. Third: the refocusing of advertising messages, so that they give meaning to advertisers, as well as trust, so that the main source of media income is reactivated.

In this order of ideas, the reopening of production will begin to take place safely, in different steps. The protocols that have been worked on from the industry are ready to start and be tested, at least for small and medium-sized productions. For this, the creative teams are already working on this adaptation of formats and stories, we will have to wait for the new content to begin to see the light. Surely what will take longer will be to see the great projects that were on the way and that had to be stopped because of the crisis finished.

The hardest part of doubling, for both traditional and digital media, will be the advertising market, which is the result of advertisers' trust and household consumption trends and numbers, which will continue to be tight for a long time. We will have to bet, surely, on the particular interests of the sectors that are truly active such as health and food, among others sectors begin to reactivate.

The challenge of education and television
One of the main challenges that makes us look back in history, can have television and its fundamental role in education, and in this case, public television is the one that carries the flag. The poor penetration of technical means so that the population can have access to online classes and virtual education, should be balanced by the coverage of pay and open television. Covid-19 can be the perfect excuse for the media and in particular, television, to start paying off the debt I think they have with humanity, when we talk about education and its impact on it.

The effects of the pandemic crisis ceased to be conjunctural and became part of everyone's daily life. Biosecurity protocols will be around for a long time. Virtuality is and will be so common that we will forget that it was not part of normality. The economic rearrangement will continue for several more months, even surely at levels never experienced before by any of us.

The good thing about all this is that opportunities at all levels continue here. In digital, new narrative proposals, new technologies, new production processes are making their way. On television, there will be room for different designs, simple, closer and human perhaps, that can be produced more simply. Overall, it seems that the thin gap that still existed between digital and analog has found a way to close with an unexpected nudge.

No thoughts on “Redesign, adaptation and recovery”