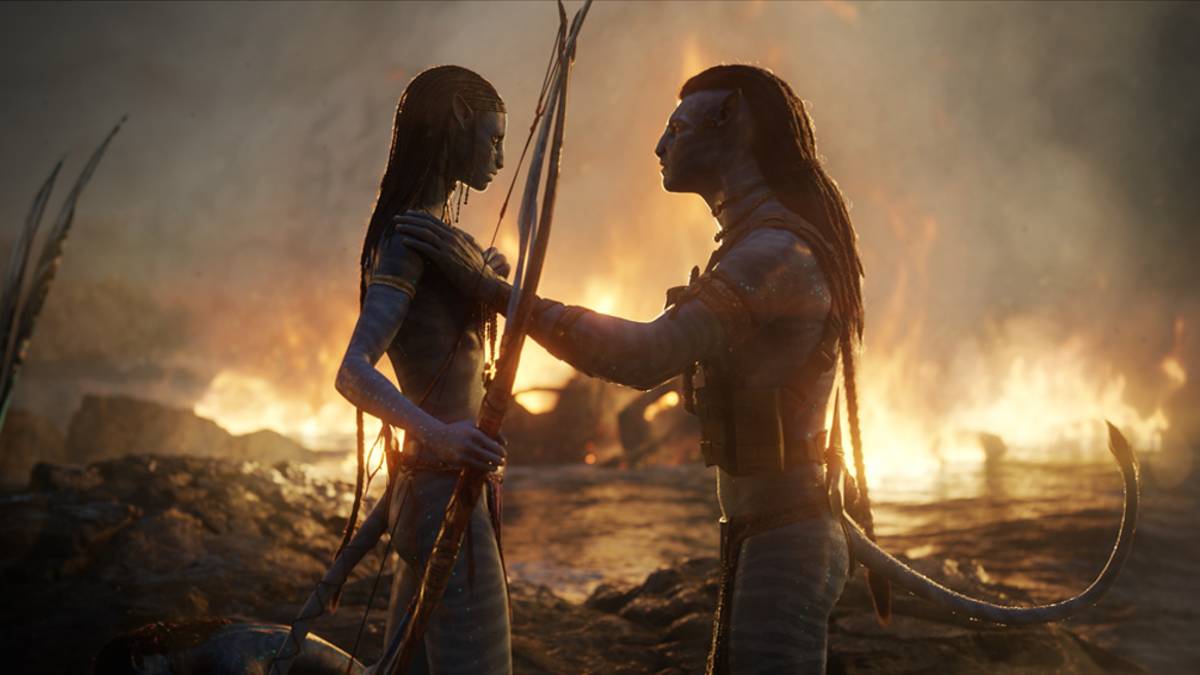 Trieu shared his experience with working on "Avatar: The Way of Water" and the color grading process at Blackmagic Design's DaVinci Resolve Studio.

—I understand that you worked closely with director James Cameron on the development of the aesthetic, even before the production stage. Could you tell us about that process?

—I was a bit involved in pre-production after I finished "Battle Angel: The Last Warrior" in early 2019. I analyzed the stereoscopic tests performed by cinematographer Russell Carpenter and was surprised by the level of precision and specificity they had. Polarized reflections are a challenge in this type of content, since they usually lead to different levels of brightness and texture between the eyes that can cause a gradient in the three-dimensional effect. I remember testing different shades of black paint to find the one that retained the least amount of polarization. I had never done such detailed camera tests.

The development of aesthetics was mainly carried out at WetaFX. Jim has a very close bond with them and, as the primary visual effects manager for the project, his experience was captured in everything from capturing the live action to shooting for computerized images. His approach resulted in a broad creative latitude at the digital intermediate stage. In addition, our display conversion table (LUT) is a simple S-curve with an assignment of the basic color spectrum from SGamut3.Cine to P3D65. This provided great flexibility in order to bring a more pastel tone to certain parts of the film or an absolutely photorealistic concept.

Naturally, much of this film takes place underwater. One of our priorities was to preserve photorealism in large volumes of water. This involved having to color the density of the water mass in order to convey that sense of amplitude. Close-ups can be sharp, with contrast and intense saturated colors, but as you increase the distance to the subject, even in the most transparent water, the spectrum fades to blue. This was something we could adjust quickly and interactively in the digital intermediate. Whenever we needed to achieve a certain depth, it was a matter of increasing the blue a little and decreasing the red and green. 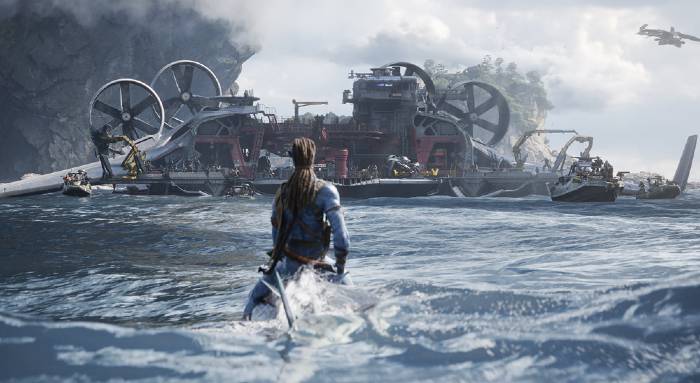 —What was it like working with Cameron during the mastering process?

—Never before had I worked with a director who could communicate his creative intent so quickly and accurately. I was dazzled by his attention to detail and his ability to make analyzed and artistic decisions instinctively. He even expressed his opinion and logic for the simplest decisions related to color grading and framing. Beyond how innovative the film is, its priorities never stray from the characters, the story, and the viewers' connection to those elements.

—During the color grading done with DaVinci Resolve Studio, did you work exclusively on the Color module or did you use other modules, such as Fusion or Editing?

—I have worked as an editor in the digital intermediate, so I actively participate in the shaping and editing processes. I spent the same amount of time on the Edit module as I did on the Color module. I did not use Fusion in this project, mainly thanks to the improvements implemented in the ResolveFX effects tools. He could practically do everything necessary besides color grading with the performance of the Color module. This was a great advantage because we could apply the "Color Trace" function to these color adjustments and propagate them in different versions for different aspect ratios and light levels.

—Could you share some work dynamics used and how it was affected by the stereoscopic format?

I'm a big proponent of simplifying processes and automating as much as possible. For this project, I used Resolve's Python programming interface (API) a lot. I created a system to index the delivery of visual effects once they were sent to the digital intermediate, so that my editor Tim Willis (Park Road Post Production) and I could quickly import the latest versions of the shots. I would take an EDL file of what I had in the montage and within seconds get an update of the most recent shots, in order to carry out the final revisions in stereoscopic format in the context of the scene.

This film was a double challenge, not only because of the stereoscopic format, but also because we worked with a high frame rate (48 fps). Even on a state-of-the-art workstation with four A6000 graphics processing units, it is very difficult to ensure real-time operation. It's a very delicate balance between sustainable SAN bandwidth and what the system is able to quickly decode. Each shot was delivered in OpenEXR format with about five or six layers of masks to use in color grading. Ian Bidgood of Park Road had the brilliant idea to ask WetaFX to create an RBG layer as uncompressed data. However, the ZIP format compresses the masks within the same file. As a result, we achieved flawless playback, extremely fast rendering for the final files to be delivered, and a slightly larger file size than the files would have if they didn't include masks. 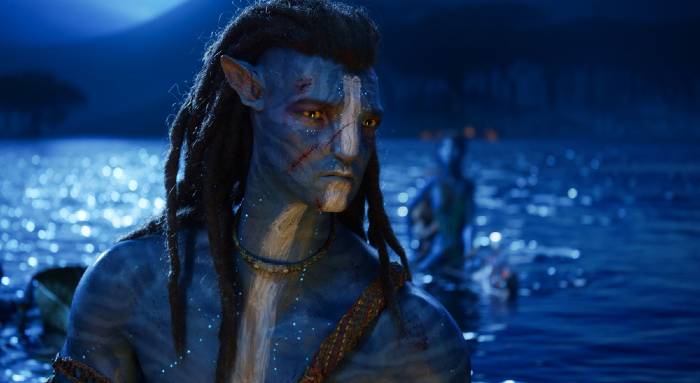 —Were there challenges when grading in SDR and HDR?

—We had the pretty exclusive luxury of working on Dolby Vision 3D from day one. The preferred color setting was the Dolby 3D version at 14 fL with extended dynamic range. It was a great way to work because you see everything perfectly. This is essential for stereoscopic revisions where it is necessary to see if the composition is adequate or if some kind of modification needs to be made.

Once you color out for Dolby Vision, it's relatively easy to get the standard 14 fL 2D format for digital cinema, with a few custom settings. If a traditional DLP projector is used, the black level is lost, but it has the same brightness as Dolby 3D. One of the main challenges was to create a color grading at 3.5 fL which, unfortunately, is the norm for most commercial 3D digital cinemas. Creating the illusion of contrast and saturation in such low light is a very rigorous process. We have to make certain decisions and allow the reduction of lights in the background in order to preserve contrast in high dynamic range scenes, for example, in those recorded outdoors during the day. Images at night are much more permissive.

—What is your favorite tool in DaVinci Resolve Studio?

—The "ColorTrace" function was essential for this project. Individual projects were created in Resolve for each reel of the film, with about eleven unique timelines for each of the files to be delivered to the different theaters. Tim Willis, the editor of digital intermediates, kept the same decisions regarding editing the different versions and updates of the visual effects. When they locked a color adjustment in one format, it applied those values to the other formats and modified them as needed. If we changed the framing and composition into one, I could easily propagate those modifications to the other versions without affecting the decisions made when grading. It's very simple, but the time we saved and the elegance of those kinds of work dynamics is what kept us from having to work long hours at night.

—Is there a favorite scene in the movie that you really liked grading or that was a particular challenge?

There is a scene in a "town hall" between Sully's family and the Metkayina clan that occurs during a storm. It is an absolutely exceptional scene that evokes Rembrandt. The cloudy and cold sky envelops the characters, and a dim warm light gives the images a very pleasant dynamic. It's amazing how real it looks. You have to remind yourself that everything you see is generated by the artist, that nothing, beyond the performance of the characters, is real "per se". It's a generational leap in terms of visual effects and technology. It's absolutely extraordinary. 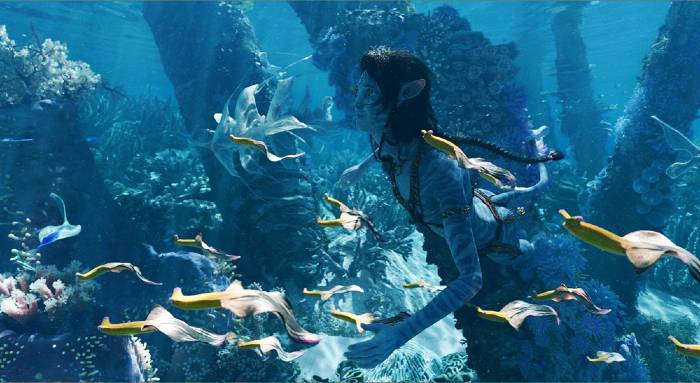 No thoughts on “Movie ´Avatar The Way of Water`, was tagoned with DaVinci”