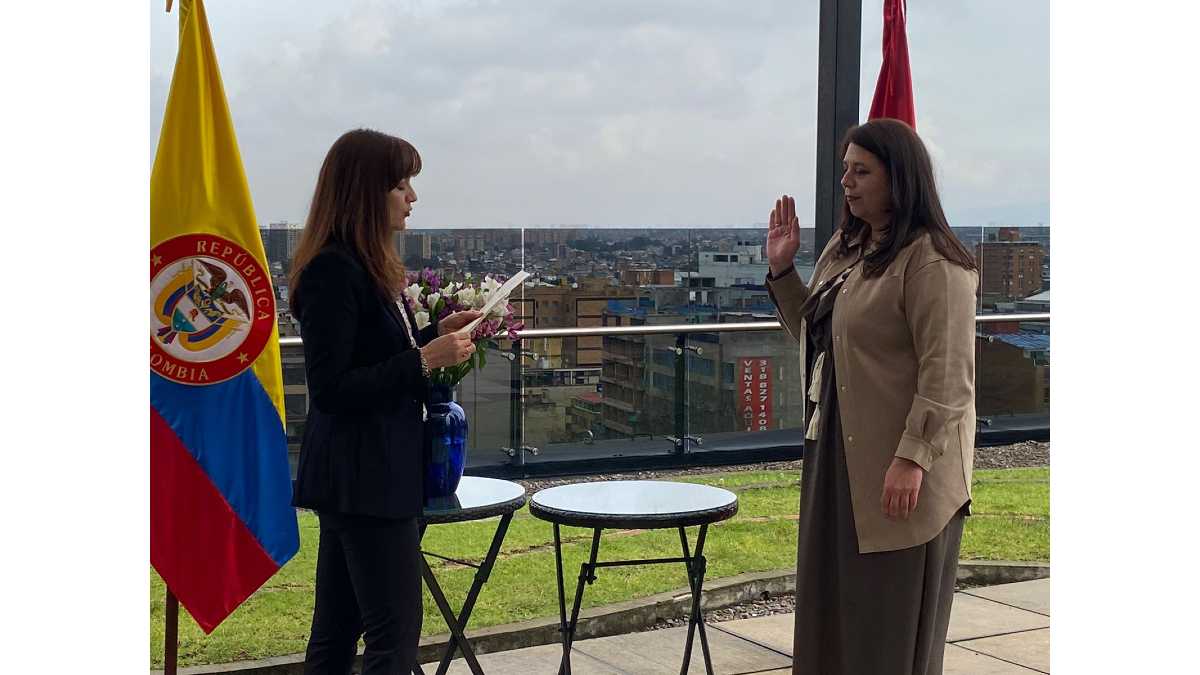 Duque Del Vecchio is a lawyer from the Pontificia Universidad Javeriana, with a specialization in Business Law and a Master's Degree in Law from the Externado de Colombia University.

Prior to this new role, Duque Del Vecchio served in different positions at the CRC: Coordinator of Legal Advice and Dispute Resolution, Executive Coordinator (General Secretariat) in Charge, Commissioner in Charge of the Communications Commission Session and legal advisor.

In the development of the position of Dispute Resolution Coordinator, she was in charge of sensitive issues with a high impact on the industry that have contributed to the effective implementation of regulatory policies, as well as to the implementation of regulation in favor of competition and user rights. As a result of its impeccable management, the CRC was recognized by the National Agency for legal defense of the State (ANDJE) as one of the entities with the best success rate of judicial defense, achieving 95% effectiveness.

The new commissioner has a vast experience of more than 23 years in the field of Information and Communications Technologies, strategic analysis, contracting, economic and market regulation, administrative law and competition law.

The election of Lina María Duque Del Vecchio as legal commissioner of the CRC took place after filling the entire process of public merit competition provided by the Law, which was convened and advanced by the Administrative Department of the Public Function, with the support of the National University of Colombia.

It is worth mentioning that according to Law 1978 of 2019, the CRC is the Sole Regulator of the ICT, Audiovisual and Postal Sector. The Communications Session is made up of 4 commissioners, 3 of whom are elected through the public tender mechanism developed by the Administrative Department of the Public Function.

The CRC is the only Regulatory Commission that elects the majority of its commissioners by merit competition. It is made up of highly qualified officials with the experience and knowledge necessary to face the great challenge of leading the regulatory exercise of an Entity recognized nationally and internationally for its technical rigor, efficiency and innovation.

"With pride and great satisfaction I take on this challenge in the Commission, a position I reached by meritocracy and after traveling a beautiful path in the CRC. Now as Commissioner I will continue to contribute with the strategic pillars of regulating the markets of communications networks and services and guaranteeing the protection of the rights of users," said Commissioner Lina Duque Del Vecchio.

No thoughts on “Lina María Duque, new commissioner of the CRC”