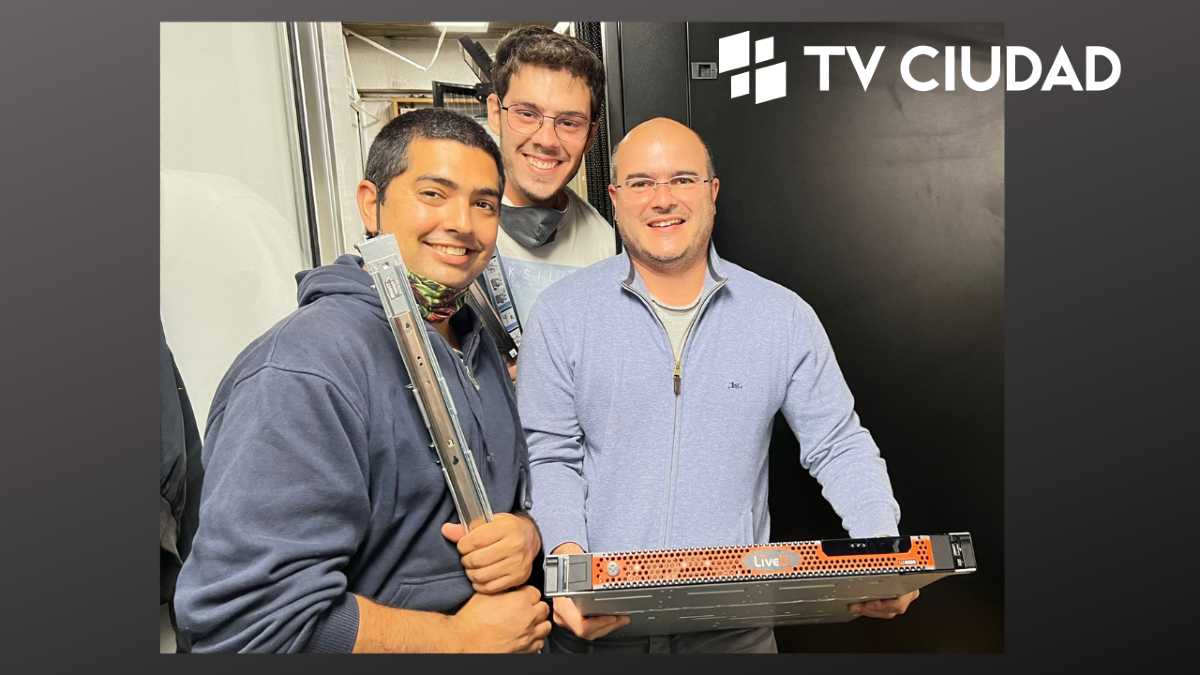 Uruguay. TV Ciudad is the digital television of open signal of the Municipality of Montevideo in Uruguay, for more than 7 years TV works with LiveU technology for the live coverage of its different informative broadcasts, now the state station updated its equipment and has LU300, LU600 and LU800 units, in addition to LU4000 servers for the management of its production.

Pablo Trobo, General Director of Urustream-Livemedia Uruguay "With the update of TV Ciudad LiveU consolidates in the market as a leader with 95% local market. TV Ciudad was one of the first users of LiveU in Uruguay, at the end of 2021 they decided to move towards the advantages of H265 in the field units and with LU4000 servers that gives them the option to transmit in 4K, without a doubt the footprint of TV Ciudad will extend quickly and easily, "said the executive.

"In 2021 at LiveU we initiated a plan to exchange H264 units for H265, to offer our customers world-class technology; we are pleased that TV Ciudad has taken advantage of the proposal made by us and Urustream and now has everything necessary to produce live content of higher quality and will be able to share it through Matrix with its affiliated stations" said José Luis Reyes, VP LiveU LatAm.

Announcements of new updates are expected in Uruguay in the coming weeks.