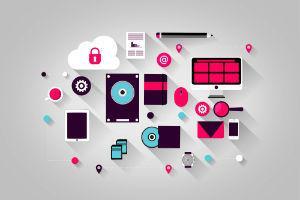 Days go by and the media scene continues its dizzying race of transformation to a landscape as uncertain as it is dynamic, but also with a clear reality: content consumption is rapidly becoming more global, less local and its design and business models must follow the same route.

In his book entitled "Globalization" in 1993, George S. Yip began his first chapter by saying that one of the most serious corporate challenges at the time was to turn a local business into a global one, with an integrated global strategy. Yip, 22 years later, continues to be right in an abysmally different and fully connected world, unlike it was two decades ago.

The multiplicity of media, its use and the multiplatform consumption by audiences lead content producers to have to think from different angles according to their interests and orientation. Today it is important to approach the industry with another look, thinking about niches, brands, values, technology, talent, techniques and business models.

This is how we have found some suggestions that can be determining elements when thinking about content design.

1. Think big and act coherently
Audiences can be as local or global as the strategy seeks them and the narrative conquers them. People are closer to the contents than ever before, they even get involved, write and decide the course of the stories.

Particularly in Colombia, laws 814 of 2003 and 1556 of 2012 that promote the creation of cinema and, in general, of audiovisual content in the national territory, as well as the co-production markets of public television, the calls for stimuli of the Ministry of Culture and those of content creation of MinTIC, are part of the public policies that show a state orientation that seeks the development of the cultural and creative industry.

Not only Colombia, but also the vast majority of countries in Latin America and the Caribbean have similar development laws, turning the region, with its locations and human talent, into an area full of opportunities that, as producers, we can take advantage of to show local contexts under the framework of a global narrative.

On the other hand, the private company shows signs of focusing its communication and advertising strategies towards content marketing. The growth of video use in the US and Europe is a clear sign of what culturally will begin to be adopted as an increasingly common practice across the globe.

Things are happening internationally. There are trends that are sure to be replicated in all Latin American countries, such as the contraction of pay TV, the migration of audiences to online experiences, the expansion and strengthening of OTTs and TV Everywhere platforms. One of the world's leading entertainment companies, Disney and its company Maker Studios recently launched talent incubators targeting Youtube and  its own online platforms.

The audiovisual medium of the future will be 100% online; the way to consume content, VOD; sports, music and premium events will be uniquely positioned to be seen on linear television. Surely we will see cooking and education channels on Netflix, Hulu and other platforms. Here there will be opportunities to produce.

Thinking big means then, investigating, documenting and taking advantage of all the opportunities that, according to the business model itself, may arise within the public and the private.

2. Branded Content
The trend shows a large deployment of production houses that are orienting their business models to meet the needs of corporate marketing plans with video-based digital advertising solutions.

More than 70% of companies in Europe and North America consider video marketing within their budgets and communication actions. Despite the ignorance, fears and difficulty in measuring the ROI of this type of strategy, it is a reality that seeks to follow audiences to the media where they are immersed.

Advertisers in Latin America have also begun to experiment with new media with consumers, the growth of digital advertising and the proliferation of ad blockers are the best sign that video content campaigns will be the focus of action for brands in the future and a great opportunity for content producers.

3. The center is history
Wonderful photography and exceptional casting mean nothing if the story they tell doesn't translate into emotions, learning, values or inspiration, into something people want to share. This is not achieved if behind the libretto there is no clear methodology to write it.

Stories should be simple and easily identifiable with, whether to learn a cooking trick or to save the planet from an apparent and inevitable alien incursion, the simpler, more timeless, close and human, the better.

We must not forget that the medium guides the dynamics of history. An episode designed for distribution on mobiles should be concluded in approximately 5 minutes, with its beginning, its conflicts and end, while on TV or in cinema the time is more extensive. The rhythm is different, but one thing is common, there are only the first few seconds to impress, otherwise people will simply close the playback, change the channel or  leave the room.

Although there is no recipe, a good global story usually needs someone inspiring, something to be inspired by, some conflicts and their solutions and a creative ending.

4. Budget a good digital marketing strategy
A video that organically goes viral requires a very high percentage of luck. Unfortunately, luck is not an asset that can be bought, although a strategy with three components that can attract it: coherence, patience and persistence.

Coherence, so that the message is consistent with the values you want to convey and that the positioning is achieved in a precise way with clear and well-planned keywords. Patience, because a coordinated SEO, SEM and content marketing strategy requires time to achieve results, it needs corrections and retargeting based on trial and error. And persistence, because achieving engagement and conversions is the product of being continuously in the mind and screen of the consumer with new experiences.

Audiences are connected, on their computers, mobiles and game consoles, and to achieve visibility and conversions the first step is to also be connected.

It is not necessary to become an expert in digital marketing, but it is crucial to have someone around who is, because Never Google algorithms or social networks are going to align so that luck is solely responsible for success.

5. Understand the audience and segment
Currently, according to GWI's Digital Vs Traditional Media Consumption study, 80% of adults use another device while watching TV. The consumption of video content is progressively becoming something individual, personal and capable of being shared only according to the result of the experience of each user.

Conversion and ROI is measured in the way the audience relates to content, in their interaction, in the intensity with which it is shared. These indicators are directly proportional to the platforms on which you can have a brand experience. Therefore, the more media used to reach audiences, the better results can be obtained.

But to reach the audience you have to understand it, separate it from the whole universe to concentrate on it, know what platforms they are on and approach them consistently. Segmenting each campaign and obtaining databases continuously, allow to establish actions aimed at creating and strengthening lasting relationships with consumers. It's not about being everywhere, it's about being everywhere the target market is.

6. After the creative, your team can not miss a reliable financier, a great salesman and a restless genius in technologies.
Dr. Spencer Kagan expert in education and psychology says that "The sum of the interacting parts is better than the individual sum of the parts." A content strategy must go beyond cans and deliver measurable results in terms of audiences and conversions.

A good financier will be able to measure a result in the light of the investment, a salesperson will be able to maximize income, an experienced geek will be able to translate into code and keywords a digital strategy and in team with the creatives will surely give better long-term results than each one acting separately.

7. Create concepts that identify your audience with no matter where they are.
If history is important, context is not far behind. Segmentation shows the multiplicity of devices and ways to connect with followers and each of them requires a different mechanic. I can't imagine what a Universal Pictures story would be like without its characters invading the supermarkets, notebooks and backpacks.

Beyond digital video and scripts, the offline world has a lot to offer. The importance of creating concepts that can be printed in books, comics and merchandising in general, does not yet seem to be in the gutter when talking about online video. You have to transcend the .mov file and the video codec, the cameras and the editing software. It is convenient to give life to other elements that complement the narratives and look for ways to put them on the market.

8. Don't overestimate the technique
Throughout history there have been numerous films from major studios that have become major failures, as well as incredibly viral videos on the internet, recorded with mobile phones and even without having good audio or post-production.

Hardware is not the story, an exquisite foie gras can be made in any kitchen, but its flavor is achieved only after a prolonged feeding of the duck. In the same way, a great story requires imagination and work, no matter if it is recorded with a cell phone camera or shot with a 4K film production.

This does not mean that the equipment is not important, it means that you have to know how to use them to tell any story and make it entertaining. It should be remembered that there is a huge offer of content on TV and networks. Amateur producers are gaining more and more ground and experience and the technique is easier to achieve every day. You have to improve every detail continuously because only a great video can achieve great results.

It is evident that TV is changing, there are initiatives that seek to regulate OTT platforms around the world, even trying to modify their content offer locally, because they may only see them as a threat that approaches without going back. You can see a recomposition in the market of operators and windows in the medium and long term. The message is that we must also see them as opportunities, to compete, to access them as exhibition windows and to tell, through them, local stories with a global narrative. This is still a blue ocean of opportunity. Do not let them escape.

*Juan Pablo Morales Sarmiento is Provideo's Vice President of Distribution. You can contact him through @JuanPMoralesS

No thoughts on “8 keys to when thinking about content”