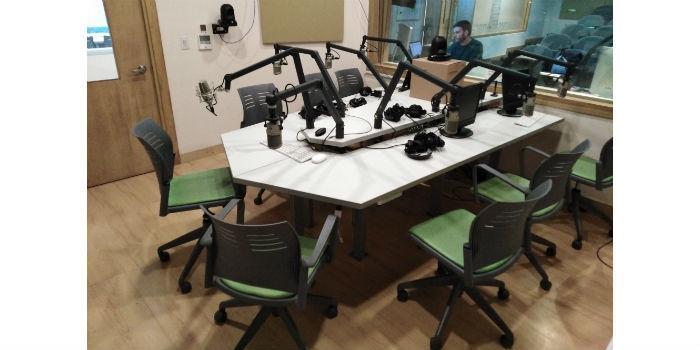 During the execution of this project they had no technical or logistical problems thanks to the planning they had made months in advance.

The University of La Sabana, located in the Colombian capital, is a higher education institution with great recognition in the training of professionals in the field of Social Communication and Journalism, who precisely seek to train their students with the professional technical equipment that they will find in the real labor market, even sometimes exceeding the technical capabilities of some commercial / public media.

To continue fulfilling its mission, the University recently executed 3 projects, related to audio-visual content. Juan Pablo León, technical and commercial representative of the company Aspa Andina in Colombia, told TVyVideo+Radio the details of this installation.

The first of these corresponds to a Digital Audio System of the German firm DHD, managed through a 52-MX control surface that acts right now as the matrix of the entire DHD audio network of the University of La Sabana. The second project was an implementation of a video production studio in 4K format automated by voice detection through the integration of a DHD 52-SX console and a Studiocast video system, of French origin.

The third project corresponds to a technological renovation of the UniSabana Radio Station Studio, where the Core of the current DHD System of said studio has been potentiated, to enable communication with a second Studiocast that will allow the station to perform Video Streaming to three different destinations / social networks simultaneously, with automatic switching by voice detection of up to 3 4K / NDI cameras.

"Really the University of La Sabana is a client that is constantly in a technological renewal, to be aware of the technological evolution, offering cutting-edge equipment to its students," said the representative of Aspa Andina.

As for the video solution, a total of 6 4K cameras were installed, which allow working both in network (H264 or NDI) and by SDI in this robust and novel encoding format, where the switching or "switching" of these cameras is carried out automatically by voice detection in the microphones configured in the DHD consoles, although they can clearly be activated manually by the Studiocast, whose operational base is the renowned V-MIX software.

Technical description
Each DHD studio is interconnected in this case with the matrix/console 52-MX of the TV Master. The purposes, in addition to training students, is to work with a real operating environment in a channel or station, in this case, already having the possibility of streaming professional video.

There is a private DHD-Studiocast network that allows you to monitor in real time the operation and status of each DHD System console, in addition to being able to share Dante resources in a 4chx4ch network.

Juan Pablo León stressed that when implementing the system there were no technical or logistical difficulties, it was a project quite planned months in advance. And on why they chose the technology used, he stressed that "in principle for trust and continuity in the DHD brand, thanks to the robustness presented in their Radio studios, which have more than 10 years of uninterrupted operation without any technical failure, in addition to the after-sales technical service of preventive / corrective maintenance that we have with them".

Results
The systems selected by the integrator and the University for this intervention, generate high reliability, configuration (customization), robustness and tranquility for the user / client, because similar systems have been installed internationally by customers such as the BBC, Radio France, Grupo Prisa, among many others, and in Colombia in clients such as Blu Radio, RCN Radio, RTVC, Caracol Radio, among many others.

"The satisfaction observed by all the staff of the University, in the tests and broadcasts in their educational platforms, was quite high and they expressed exceeding their expectations," said Juan Pablo León.

He added that the scope of working with video streaming, instead of working exclusively with audio as they did in a conventional way, has allowed them to adapt to the global trend of "Visual Radio" but in this case with a professional video solution, with 4K / NDI PTZ cameras with automatic switching of the same by voice detection, eliminating the need for a video operator to operate a video switcher.

No thoughts on “UniSabana Radio is updated”