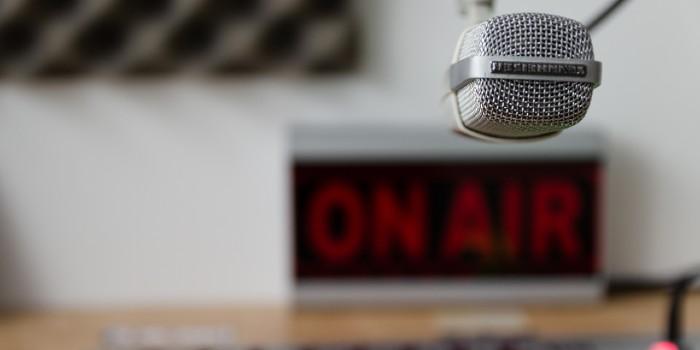 We present the report of the Mexican regulator on the growth of radio stations in this country during 2014 and 2018, closing in that year with 1,841 stations.

The Economic Competition Unit of the Federal Institute of Telecommunications, IFT, presented the results of the diagnostic study of the Sound Broadcasting Service, SRS, in Mexico, which yielded interesting data on the growth and importance that continues in this sector, which reaches a coverage of 96% of the territory in AM and 93% in FM.

The report highlights that the Sonora Broadcasting Service, having extensive coverage and free service, continues to be one of the most important sources of information and entertainment for Mexicans.

In the period covered by the study, the authors highlight that the sector in Mexico has experienced very important technological, structural and regulatory changes that have changed market structures, mainly increasing supply, competition and coverage, for the benefit of audiences.

One of the highlights of this period was the realization of the first frequency tender for the commercial SRS in the history of Mexico, which began in 2015 and concluded with the assignment of 114 Stations in FM and 27 in AM. This tender was made after more than 20 years in which no significant frequency assignments were made for the commercial SRS.

In addition, the Institute granted 184 non-commercial concessions that allow the SRS to be provided to public entities and civil organizations and associations, community and indigenous media, as well as private higher education institutions.

The offer grows
The report points out that the IFT's policies allowed the entry of new competitors and the expansion of some established ones, going from 1,516 to 1,841 radio stations, taking care that concentrations contrary to the public interest were not generated.

By region, it is noteworthy that throughout the territory there was growth in the number of stations. In particular, the entities with the highest increase in stations were Michoacán (40), Oaxaca (38), Quintana Roo (21), Sonora (20), Veracruz (20), Chiapas (18), Jalisco (18) and Sinaloa (16).

Main players
The study also highlights that the growth of the sector in Mexico has allowed greater competition in commercial radio. At the end of 2018 there were 310 supplier companies, the main ones being:

Revenues also grow
The IFT notes in its report that broadcasting is also relevant in terms of revenue. During the period analyzed, the GDP of the sector increased, as did the amounts of advertising spending.

The GDP of the broadcasting sector, including radio and broadcast television, grew by 3 billion pesos between 2014 and 2018, close to US$150 million; while a decline was recorded in 2016, it was followed by a recovery in 2017 and 2018. In this last year, the growth rate of the sector was close to 5%, a figure that is above the growth rate of the economy, which was around 2%.

Strong sector
The study highlights some conclusions that reflect the strength of broadcasting in Mexico:
• From 2015 to 2018 the proportion of total advertising spending destined to the SRS has increased from 8.6% to 8.9%, and represented an increase of 1,420.45 million pesos in the aforementioned period.
•In 2018 it reported a growth rate of 5%, which is higher than that of the economy that stood at 2%.
•Between 2015 and 2020, on average 209 frequencies have been included annually for the SRS.
•In 40 geographical areas the commercial SRS was offered for the first time in FM and in 22 the commercial SRS in AM was offered for the first time, since in 2014 they did not have services.

Finally, the report concludes that "the results found also show challenges that imply the need to continue carrying out actions so that all people can benefit from more alternatives and better conditions in the provision of SRS. For example, 141 geographical areas were identified with 1 or 2 commercial SRS stations on FM and 32 zones with 1 or 2 commercial SRS stations on AM, where, if available, frequencies could be tendered in order to increase the service offer for the benefit of audiences, as well as 31 geographical areas in FM and 3 in AM where frequencies could be tendered and/or conditions evaluated. of competition due to the fact that the presence of suppliers with participation – in terms of stations – greater than 40% is identified".

No thoughts on “Radio grows in Mexico”