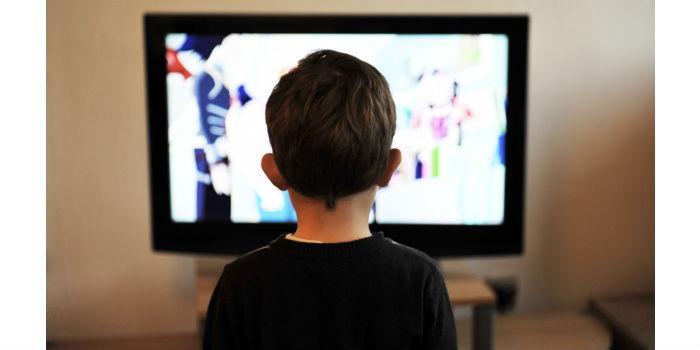 The TV is often in the child's room and not in the main room of the house to allow dialogue with the child and what he is seeing. And it is they who react to what is being presented to them.

Television is, until now, the means of communication that generates the greatest attraction in children, since it is part of their environment and occupies a prominent place among the leisure and free time activities of infants (it must be borne in mind that the segmentation of the different age groups in which television is traditionally segmented, points out that the concept of children includes the segment of 4 to 12 years).

Sedeño (2005) points out that television is imposed because it penetrates the home, into daily life and becomes part of daily habits, presenting audiovisual stimuli, more effective than visual and auditory stimuli on their own. Children between the ages of four and seven are the minors who spend the most time in front of the TV.

In this context, for Sedeño (2005:5), "there is no doubt that television is an effective source in the creation and formation of attitudes in children, since, from an early age, they are subjected to its influence without possessing other information"; from there, a question arises and is how does the influence of television on children occur? Some experts agree that it is due to its penetration into the home, in daily life, so much so that it becomes part of daily habits. For their part, Perlado and Sevillano (2003:167), emphasize that:

The activity of the receiving child in front of the television transcends the moment of being in front of the screen. That is, it does not end at the end of a program or when the TV is turned off. The construction of associations and the production of meanings from the messages of programming extend to other situations in the child's life.

Importantly, the time children spend in front of the TV are overwhelmed by different types of messages, such as advertising (especially for toys), which in many emerges as misleading; similarly, it is not easy for children to distinguish from what is real and what is not. In this regard, Carmona and Horta (2017:36), highlight that:

In children, television generates processes that are reproduced in the various scenarios where they develop daily, for example, sometimes they take them to the classroom, to the parks or to their games with other classmates reproducing or imitating what they saw previously on television. In their interaction with other children at school or in the neighborhood, one or more re-appropriations are given and the sense of what is seen on TV is re-produced.

Similarly, it should be emphasized that an appreciable percentage of children access television when their parents are not at home and it is the children themselves who decide what to watch or not to watch on the TV. Also, in many homes (especially in the middle and upper class), the television is often located in the child's room and not in the main room of the house to allow dialogue with the child and with what he is seeing. And it is they who react to what is being presented to them.

For example, in the case of Colombian television, especially general public channels, it determined that the children's slot was located in the evening, because in that time slot most children are already at home after leaving their academic activities. It should be noted that while this happens, parents stay or re-enter their jobs, so, paradoxically, when determining the children's strip it was not taken into account that children come television when their parents are not there.

On the other hand, it should be noted that there is much research on the effects of television images on the formation of children, violence and social behavior, which present the findings between the relationship between television-social behavior, which can be synthesized in four theories: that of observational learning, according to which the vision of aggressive models induces imitation; that of Berkowitz, which predicts an emotional activation in the frustrated individual who contemplates violence and that can lead to it; Klapper's theory of reinforcement, television violence reaffirms patterns of aggression already existing in the observer and; finally, the theory of catharsis, which suggests that the observation of violence reduces aggressive impulse.

New paradigms?
To the above described, a series of variations have been added in the way in which children of the XXI century are establishing their relationship with the television medium, such is the case of new forms of child consumption and, likewise, new ways of making children's programs that, according to Fuenzalida (2007: 49), "involve changes in the symbolic child representation of the text". These variations have to do with what Cardona and Horta (2017:41), call "profound changes in the communication system driven by globalization, for example, interconnection and cultural liberation."

Another shift in children's television consumption has to do with the migration of children's audiences from free-to-air television to cable. Channels such as Cartoon Network, Boomerang, Tooncast, Discovery kids or Disney Channel, monopolize the preferences of children and in Latin America. This phenomenon is due to the fact that "children are recognized as recipients of these children's cable channels, as channels specially designed for them, with a special appellative continuity in voices and images, which transmit 24 hours only for them" (Fuenzalida 2007:50).

In addition to the above, the forms of realization of children's programs are also being transformed, where obsolete models with adult drivers (school type) have been overcome, by a model where children have a leading role, exhibit their initiatives and their intelligence. This type of schemes of children's programs establish prototypes that establish playful-symbolic forms of representation of the infant (Fuenzalida, 2005).

Some conclusions
The viewing child associates images, actions, words and sounds. Television produces artificial sensations, but not direct emotional contact. The child is an active learner who must exercise activities such as reading, writing, playing and developing creativity, fantasy and imagination. Television should not be exclusively for children's free time, this time should be used for creation, learning and socialization. Likewise, television raises, with its images, ethical, ideological, cultural and even scientific postulates.

Television fails when it says what to think, but it succeeds when it tells viewers what to think about and how to do it. It is about making television at the service and tailored to the child, where the magic box is not an empty box, without content and black in the depths. But on the contrary, a magic box with color, music, sound, movement all these elements are gathered with the best intentions and that transmit the ethics of life.

Children's television can provide programs whose basis constitutes a narrative of playful-affective characteristics, which defend a discourse where children can perceive that they are prepared to overcome adversities, what Fuenzalida (2007) calls resilience capacities.