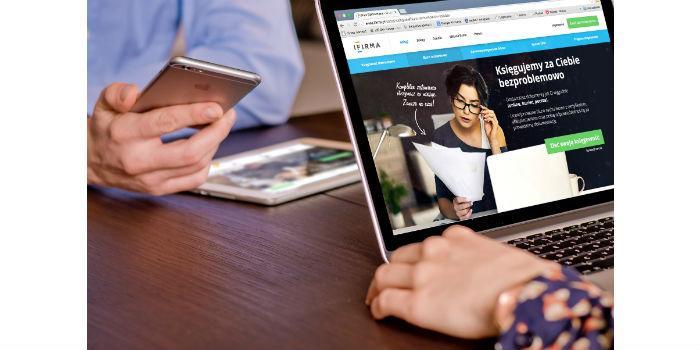 Today we are seeing the importance of technology as a communicative element in poor countries. There is the example of what is happening especially in Europe and the arrival of African migrants.

Interactivity, innovation, the fourth industrial revolution and the role of the media in this digital environment, are some of the topics addressed in this second part of the interview with Professor Javier Echeverría Ezponda PhD. in Philosophy and Letters of the Complutense University and Doctorat ès Lettres et Sciences Humaines at the University of Paris I Panthéon-Sorbonne. He has taught at the Polytechnic University of Madrid and the University of the Basque Country, among other universities in Europe and the United States.

How can innovation, in the agents that constitute and create interactivity, in a technological context, achieve this synergy in Latin America?
Javier Echeverría: Fortunately, Latin America was colonized by the European powers, due to the riches of its first environment, such as gold, natural resources and a thousand other things, also for religious reasons. Then came the industrial colonialism of the nineteenth century, a second modality of colonization that affected Latin America, but now Latin America is in the colonization of the third environment and this advances more and more; for example, Mr. Mauricio Macri is a direct product of Facebook, which means that at the moment it is the lords of the air who remove and put kings, to put it in Hispanic terms. Just as Google has not been dedicated to interfering, except once in the political powers, because it has preferred to go to business and be neutral, that will negotiate the military.

For its part, Facebook, from the third environment, is conceiving techno-coups of State, without armies, without weapons, but with techno-weapons, and with databases, it locates and detects a certain candidate, and has already had several successes in Latin America winning several presidencies.

You mention in your book The Light of Fireflies, the divergences that arise in social innovation, what do you think are those factors that make these divergences possible?
Javier Echeverría: I will explain like this: I in Telepolis called a one-day strike of viewers, that is, that people would stop watching television in one day; I already knew that this was not going to happen, in other words, we are so in the cave, that the need to watch television in the nineties was impressive, but now, the need to be with mobile phones is greater, almost indescribable.

Dependence constitutes a servitude, a techno-servitude and almost already a slavery, and at that level is where social innovation fits, because a small opposition would have a systemic effect, precisely because the system is so well tied; then, when it is conceived to hit a small blow, but very symbolic, yes, knowing the technologies,  then you immediately spread it; this has been done very well by women with the #MeToo, which is why the success of the feminist movement; from there, what is expected, then, is a strong movement of ICT users, and it will already emerge, I don't know when or where, but it will emerge.

Do you see it feasible that today enough social capital can be generated, suitable for recreating social networks and enacting social innovation?
Javier Echeverría: With all due respect to Pierre Bourdieu, I don't speak in terms of social capital, I'm more careful with concepts. Is there a social capitalism? I don't see it; if there is social capital there would be social capitalism, but I don't think that would happen. With the concepts you have to be careful. There are terminologies that are misleading, lying, false, so I refuse to use them with all my respect. Because when the notion of social capital was theorized, the intention was different, because the term social capital is completely perverted.

Speaking of capitalism, what kind of components make up the so-called fourth industrial revolution today?
Javier Echeverría: That is pure marketing verbiage, there is no such thing, because, unless the cloud is an industry or they call the cloud an industry (a cloudy industry), or they do not call it a cloud, they call it an industry, until that moment I will agree to enter into a debate about the fourth or fifth industrial revolution. In Europe they talk about 4.0, 3.1, it's pure rhetoric, they're falsehoods. Since the invention of Web 2.0 (which was very real), then they have invented Web 3.0 to devour the very strong socializing effects of Web 2.0 and Internet 2.0, to control exclusively and mentally the developments. There is no fourth industrial revolution, all postmodernists say that we are in a post-industrial society, I prefer not to waste time in the discussion about verbiage.

How do you perceive, in the medium or long term, the role of the media in contemporary society?
Javier Echeverría: Very important, the means of communication par excellence is the air, it is historically the great means of communication, not only between human beings, but also between plants and animals. Now, if we go to the human media, it is the language, of course it works through air. So what is happening right now with digital technologies?: a digitized air has emerged through large technological artifacts and without the mediation of physical air, through that third environment. The digital air is the new invention and that is where new means of communication have emerged, which have increasingly become, as Ignacio Ramonet pointed out in the nineties, means of control, which apparently have facilitated communication, but in reality what is sought is to gather data, control what one does, how it moves, that is, I no longer talk about Information and Communication Technologies, but at least about Information, Communication and Control Technologies. Uncontrolled communication is worthless, because there is no such thing in the digital air.

Artificial intelligence and virtual reality, what social and cultural consequences can these scenarios bring?
Javier Echeverría: Many, huge! The transformation that artificial intelligence is carrying out is terrible; first of all, because it is acting in the four hidden networks that I talked about at the beginning. The most worrying, and by far, in the scenario of artificial intelligence, are the massive and intelligent weapons, this is already a serious problem, because it is the most dangerous frontier of atomic bombs; I say this so that you can appreciate what artificial intelligence can be in the first networks, in the military and in the financial ones. Nowadays almost all the management of finances and investment funds at the moment everything is programmed by robots and, precisely, at a given moment, with fraudulent programming, a systemic effect can be generated and suddenly... stock market crash, for example.

On the other hand, in civil things there is an extraordinary sale of the product, where the great seller is Yuval Noah Harari, with his books Homo Deus and Sapien, and they have managed to transplant in the citizenship the idea that robots and machines are going to dominate us; Let it be clear, those who dominate us are the lords of the air, who are the ones who manufacture the machines, that is the question.

According to the above, it seems that human beings are increasingly heading towards more dystopian scenarios.
Javier Echeverría: Transhumanism is the greatest dystopia that has been invented in history. And yet, Harari is the biggest bookseller after Joanne Rowling of Harry Potter, that is, the dystopian, the apocalyptic, sells very well, so there is a very important market; in addition, the media mark it and repeat it, just like social networks do.

According to the above, the future is clearly very dark and dystopian. I imagine that at some point the users of technologies will revolt, as it has always been in the history of humanity, to empires of this type, I call this technopower, which is far superior to the power of States, even the power of the United States of America; in that I differ from most of my colleagues, who think that Mr. Trump controls everything, this is not even in jest, he is a showman, he has always been like that, he worked in television for a lot of years, and he does it very well, I mean, the gentlemen of the air are delighted to have that buffoon. And there we are all very concerned with Trump.

In the so-called developing countries, where political, economic, social and cultural agendas still focus on retrograde and almost feudal models, with social innovations almost dismissed, for them, will the gap with the first world be impossible to seal?
Javier Echeverría: The terminology "first world" is completely outdated, because it comes from the industrial era; the point at the moment is that the third environment is completely implanted in the so-called third world, I mean the examples of countries like Argentina or Venezuela, which are not from the third world, no matter how ruined they are, and Latin America is not a third world from a point of view of the third informational environment, from the point of view of users, because they have millions of users.

That is why it is important to clarify that wealth in the third environment does not come from natural resources or industrial resources or gross domestic product, that is what allows us to classify between first, second and third world, but these factors are part of the first and second environment; in the third environment the important thing is the number of users, the number of applications that are generated in such a community and, therefore, we must restructure that distinction between first, second and third world, from my hypotheses.

Which Latin American company is powerful in social networks?
Javier Echeverria: There isn't. Latin America, being so social, should organize its own network of the region. I proposed this in 2001 at the meeting of Ibero-American States. And it could have been done, starting with educational telematic networks, from there it would have gone to social networks immediately. What happened?, that the States, the regional governments were with other kinds of concerns, and I understand that; his priorities were the fight against hunger and bringing the UN agenda to fruition. Indeed, today we are seeing the importance of technology as a communicative element in poor countries.

No thoughts on “Impacts of ICT on society II”