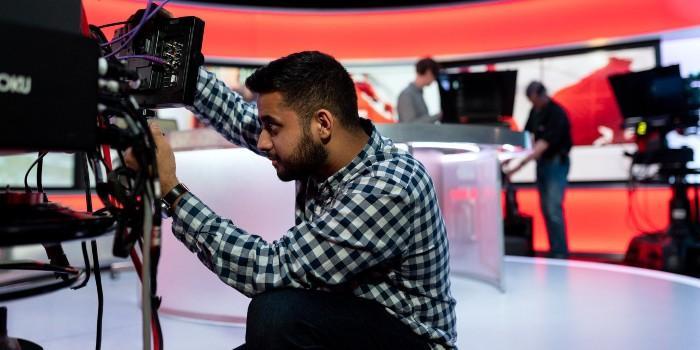 The authorities are tasked with removing obstacles to the work of companies in the telecommunications and broadcasting sectors.

Health workers (medical specialists, nurses and quartermasters) are the protagonists in the fight against COVID-19. His effort and on many occasions his heroism in caring for the sick and containing the spread of the disease are the subject of well-deserved tributes and recognitions.

The health sector and to a large extent the rest of society have on their side a group of allies who maintain the operation of telecommunications, radio and television services, which allow the realization of hospital activities, also commercial, educational, labor and even religious, leisure and socialization.

According to the World Labor Organization, there are more than 6 million workers in the telecommunications sector in the world, carrying out activities ranging from the physical deployment of infrastructure (installation of poles and wiring, configuration of signal transmitting units) to the management of computer systems that manage the data that transits through their networks.

Not to mention that much of the financial, commercial and logistics activities in the world depend on stable connectivity services despite increases in demand and unexpected contingencies such as the episodes of vandalism in the United Kingdom against mobile telecommunications towers since the beginning of April due to a falsehood that links telecommunications networks with the spread of the disease.

In Mexico, according to the latest statistical figures from the Federal Institute of Telecommunications (IFT), just over 250,000 people (204,000 in telecommunications and 46,000 in broadcasting) work in companies responsible for communicating and providing connectivity to the entire Mexican territory. These women and men will be in charge of maintaining the operation of the pieces that make up the intricate skein of infrastructure that makes possible, for example, the electronic sending of a laboratory study or a purchase order for medical equipment, or that both doctors and citizens are duly informed about the protocols that we must implement while during the emergency.

Fortunately, staff in companies in the sector have successfully dealt with unexpected challenges in the past: in 2017 the IFT recognized that in just under 72 hours telecommunications companies restored connectivity services in 144 sites affected by the earthquake that affected the center and south of the country in September of that year. He also acknowledged that the radio and television concessionaires complied by permanently informing the population of messages of public utility.

Workers in telecommunications and telecommunications service operators are prepared to meet the requests of their subscribers and their audiences, maintain the integrity of the facilities and infrastructure necessary for the population to remain connected, communicated and informed. However, both consumers and authorities have a role to play in supporting the thousands of people working in the telecommunications and broadcasting industry.

On a personal level, citizens must follow the indications of the health authorities both on the hygiene measures necessary to prevent contagion and on the recommendations related to social distancing to maintain the personal integrity and personnel who make repairs in domestic and commercial environments.

Telecommunications, radio and television workers, and society need us all.

Analysis carried out by the Institute of Telecommunications Law, IDET.

No thoughts on “Industry, an ally against Covid-19”