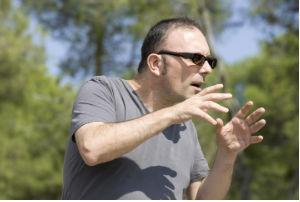 During the sessions of Creative Transmedia, an event that took place a few weeks ago in Colombia, we were able to talk with Montecarlo, a Spaniard who has dedicated himself to investigating the concept of transmedia and its focus on film and TV.

By TV and Video


With the arrival of digital television, the massification of the internet, social networks and new ways of consuming television, we began to talk about a concept that not everyone easily understands, but that little by little has been implemented: transmedia.

This is a topic that has come out of books and academia to be a reality in audiovisual projects. Today in channels in Europe, Australia and Canada, you can see very interesting projects that have to do with transmedia content. In Latin America there are also several experiences.

But what is transmedia and how is that concept applied in television? To broadly understand this topic, we spoke with Carlos Monte Salvador, or Monetcarlo, as he likes to be called. He is a Spanish graduate in Fine Arts and with an MBA in Film and TV, who has dedicated the last years of his life to develop transmedia projects and research the subject from the academy.

He says that he began his career as a comic book author, but his interest in the exploration of new narrative currents led him to investigate new topics from his own company, Visual Chemistry, among them, film direction, narrative structures, script writing, storyboarding, motion graphics, animation, illustration, new media, narrative and, of course, transmedia. He is currently finishing his doctoral thesis on narrative structures.

TV and VIdeo: What is transmedia?
Monte Carlo: Transmedia in a story that expands through different platforms, by different means, and that is fragmented. The particularity is that each fragment of that great narrative makes sense by itself. The viewer or user who approaches all of them will come to the conclusion that the whole is more than the sum of the parts.

TV and VIdeo: How does transmedia approach television?
Monte Carlo: Transmedia is a process rather than a concrete thing. It's fuzzy enough to fit different models. In the case of television, there has been a change in consumption habits. Before, TV competed the cake with the determined media and now there is much more offer through many more channels and it is also much more fragmented. It is no longer a problem of how I put my advertising, it is that users have become accustomed to consuming in another way, they have other habits. The cultural or media ecosystem has changed and therefore we have all changed.

TV and VIdeo: Have companies in the sector adopted transmedia?
Monte Carlo: Television, for the money it moves and for the structures, it costs a little to change or goes to drag. We live in a world where things are going at different speeds. In many programs, many directors, many channels have not understood what is happening, have been afraid, or simply do not quite understand it. And there is on the one hand a brake, copy or meaningless imitation, as seen with that obsession with introducing Twitter, that all programs have to have it and enter the messages on the screen, in what is known as the second screen.

TV and VIdeo: Linking to social media in transmedia shows?
Monte Carlo: That depends on the definition of transmedia that we focus on. There are people who believe that there should be at least three means, or that the element of user co-participation is fundamental. Introducing Twitter on TV is a natural thing because viewers were commenting on what they saw through social media. What the chains did was enter the conversation, being part of it or just showing a conversation about the work that is being presented.


TV and VIdeo: So what should transmedia TV look like?
Monte Carlo: I don't think about transmedia TV as if it had a third leg. With the digitization of the media came some changes of which we are not yet aware. It follows the same language that we had before, but now it does not necessarily require a broadcast that was the one who took an image and transmitted it through an antenna and in the houses they had receivers that received them.

Today you don't need that broadcast. They can be two boys from home with a computer and an internet connection that they transmit via IP. The big broadcast now happens to be a computer that can be in the kitchen of a house, obviously requires more people doing production. The digital signal does not transmit an image but data. But the language remains the same, even though the technology underneath is different.

TV and VIdeo: Are there examples of transmedia TV content made?
MonteCarlo: In the concept of transmedia television, there are series and programs that since its inception have been thought to have support from other media. Although the piece will remain a TV image.

There have been many attempts, but the first well achieved, although poorly documented, was on Swedish television about the disappearance of a girl. It was intended to be a documentary in which followers were asked to look for this character in their real lives. What he did was get people to stand up from their couch and go out into the street. There is another one that is a series for teenagers called Skins, which was sold to several countries. In the specific case of Australia, they managed to do a great job of transmedia.

TV and VIdeo: But in particular, what did these series do to be a transmedia content?
Monte Carlo: In Skins Australia they did a great job on social networks, telling what happened to each of the characters. This starts from the idea that the user enters the internet in relation to a narrative universe, is attracted to the story and wants to know more. With conventional television there was no more material to consume until the broadcast of the other chapter. Today you can learn more about the characters with their profiles on social networks, prolonging their artificial lives, making an expansion of the story.

Not everything that is told in the networks has to appear in the series and the reactions could generate changes in the series. It could even happen that on social networks there is an argument between those fictional characters and in the next episode they appear angry about that discussion.

TV and VIdeo: What other examples can we see?
Monte Carlo: Skins is an example of a very well achieved work applying the concepts of transmedia. But he's not the only one. In Europe, several television stations came together to work on a project about a painting thief who throws viewers beyond the screen, allowing them to find more content from the series in museums through which the character has passed and also on the internet, turning your audience into a transnational audience.

TV and VIdeo: Could you mention some companies or countries that are developing important work in transmedia for TV?
Monte Carlo: In Europe there is the Franco-German chain called Arte, in which he participates in a French film institute. They have worked a lot from the beginning on the interactive documentary format: they broadcast it on traditional television, sometimes they put it online, and they allow interaction. In Canada there are other examples as well.

TV and VIdeo: Could transmedia content grow with digital TV?
Monte Carlo: The great ghost of TV executives has been the technological issue. In their defense they said that the audiences are still high. But it is also true that the audiences are aging and have not renewed, that scenario is terrible because in 20 years they would be dead. They've realized it's not going to be that way because they have new ways to attract digital natives.

No thoughts on “Understanding Transmedia TV”