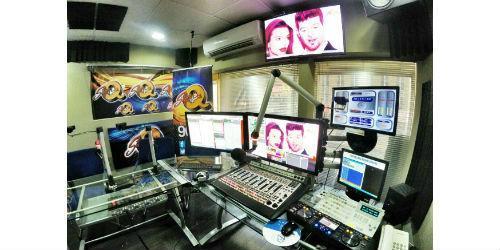 A year ago, the Panamanian radio station Super Q carried out a technological update process through which it allowed them to offer their users and customers radio with video.

The constant advancement of technology has meant that traditional media such as radio and television must be renewed to remain in force. This is the case of Super Q, an FM radio station with national coverage in Panama, which works by combining varied musical programming with interaction with listeners, which recently made a technological update in its facilities.

TVyVideo+Radio spoke with Aris de Icaza, director of the station, who told the details about the update for the radio network that has been on the Panamanian dial for more than 40 years. This update included the installation of the Avra system, which allowed them the opportunity to hear them better and also see them.

"The aim was to offer, with the innovative Avra automation system, the opportunity for our listeners to hear and see us. Also, visually present the products (product placement) and video ads of our customers at radio rate and make remote via Skype, "he explained.

The system offers Super Q the ability to monitor the number of users who download the app and who are connected 24 hours a day using Streann Media's streaming platform that integrates directly with the Avra.

Integrated systems
With the upgrade of its systems, Super Q became the first radio station in the Panamanian territory to offer its listeners and customers the radio service with video.

Aris de Icaza commented that the decision to purchase this equipment was the product of professional advice from the company Broadcast Depot, through engineers Jorge Luis Dieguez and Antonio Calderón. "We understood the potential and the new tools offered by the system and become a Radio that continued to innovate at the pace of the times."

As part of the upgrade process, resources that were previously installed on the radial chain could be used. Among them, Avra was integrated with the Dinesat automation system for the entire management of multimedia radio.

With the new system, streaming is distributed across all mobile devices, tablets, PCs, using streaming service company Streann Media. Through this platform they have access to the consumption statistics of users, country where they visit them, the player they use to see them and much more.

"The main purpose is that radio takes advantage with this system as it allows us to now have a strategy for digital. With Avra we give color to the radio and new tools are generated so that they benefit both the radio and the client. A new hybrid medium is created between radio and TV," said Aris de Icaza.

High listener satisfaction
The satisfaction or response of the listeners has been very high. It is an opportunity for the listener to see the DJs and presenters perform their work in different facets, such as animation, interviews with the artists of the moment who constantly dress the station and see the show they develop in the booth. They can watch this content from the screen of their smartphones, laptops and home theaters with smart TVs.

The directors of the radio station highlighted some points that have changed after a year of operation of the technological update:

No thoughts on “The radio is also seen”