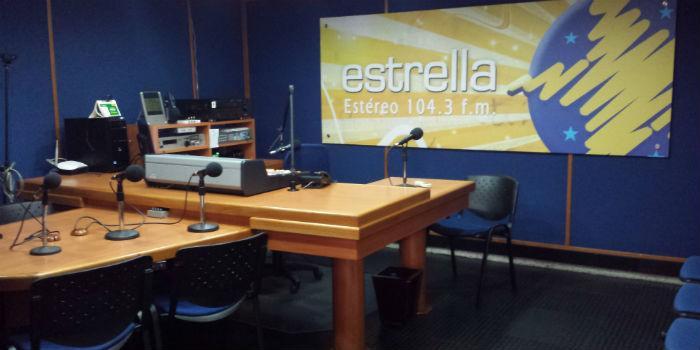 With its new transmitter, Colombian broadcaster Estrella Estéreo is poised to increase its capacity and even adopt digital radio technology in the future.

At the end of 2016 the radio station in the city of Medellín, Estrella Estéreo, was working properly, but the shock of lightning damaged the main transmitter, as well as the emergency transmitter, the power plant, the automatic transfer panel and destroyed the entire transient suppressor.

Fernando Arbelaez, an engineer at the station, recalled that this incident left the station off the air, forcing immediate action. After carrying out a complete review of the installation, it was found that there was no damage to the antenna, transmission line or the Marti brand link receiver, so  the decision was made to buy a 1kW transmitter.

The manufacturer Broadcast Electronics, through its distributor Jaime Sorzano of Broadcast Equipment and Parts, was the brand selected by the Colombian station to replace the transmitter, choosing the STX LP Generation II model of 1 kW. Daniel Bizet, sales director for Latin America of the manufacturer, stressed that this is a state-of-the-art transmitter, which offers many features that motivated engineer Fernando Arbelaez and his management to make the investment.

Maintaining high quality
Estrella Estéreo has always maintained a very good audio quality, due to a prudent processing and the characteristics of the handling of this by the link and modulator equipment. Therefore, when repairing this damage presented at the end of 2016, the directives of the station decided on a technology that would allow them to quickly repair the damage, maintain the quality that characterizes them and be able to be prepared for the requirements of the future.

"Broadcast Electronics was chosen, due to the experience had in previous years in terms of the quality of the equipment, in addition to the technical support and price. It was also added, the effort of the manufacturer for the delivery against the clock of the equipment, and through the intervention of the company Broadcast Equipment, which managed to have the equipment nationalized in 10 days, "said Fernando Arbelaez.

To repair the damage caused by lightning to the station's systems, the only resources that could be used were the antenna system, the link receiver and, obviously, the infrastructure. The rest of the equipment suffered severe and in some cases irreparable damage.

The installed technology
Daniel Bizet commented that the installed equipment is a solid-state transmitter, which has a compact design and is scalable in power, just by adding RF modules and a combiner. Each RF module has its power source and the exciter is digital, compatible with HD Radio or DRM+ transmissions. On the other hand, the transmitter offers all input audio formats, such as: AES/EBU inputs, L/R analog channel, analog composite input and also digital composite input, thus offering excellent audio quality.

One of the features offered by this line of transmitters is that it has a scalable design in power, that is, if you buy a 1kW transmitter, you can increase the power to 2kW, 3kW or up to 5kW, just by adding RF modules and the combiner to the desired power. Additionally, it has a silence sensor, which detects the absence of audio, automatically switching to another audio input. Another function offered by the transmitter is an RDS generator to operate statically and dynamically.

Everything to normal
After the difficulties faced by the damage to the transmission system of the station, today Estrella Estéreo works without any inconvenience. Even the technology implemented allowed to achieve savings in terms of energy consumption, for being a more efficient equipment. In addition, it is a huge benefit that allows the user to remotely connect to the transmitter, to verify its operation.

Daniel Bizet commented that "an important aspect to highlight, although in Colombia radio stations are not transmitting with digital signal, is that this transmitter is compatible with digital technology, in its current formats known as HD Radio or DRM +, which would facilitate its implementation in the future."

Another advantage for the future, when the transmitter is finally increased in power, is that being modular, if one of the modules fails, the transmitter continues to transmit at lower power, which guarantees the continuity of the service.

On the operation of the system after the intervention, the Estrella Estéreo engineer stressed that "In the short time elapsed, its operation has been excellent, because we have not had any problems to date. The scalability offered by the STX LP transmitter series allows us to increase the power of our FM transmitter in the future, as soon as the authorities authorize us has said increase."

No thoughts on “Estrella Estéreo renewed its transmitter”