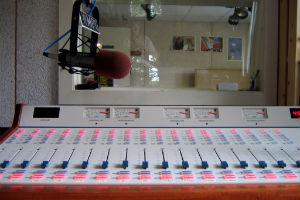 Vinyl and analog radio tape records gave way to the CD, which provides higher audio quality. This, you might say, is the beginning of digital radio.

The first time he talked about the possibility of having a digital radio was in 1975, when the results of an investigation on the subject in Germany were known. These results served as the basis for the presentation of the first digital radio models. In 1984 the United States, Europe in 1992 and Japan in 1994 did so.

By 1995, all European countries launched a model that became a digital radio standard, Digital Audio Broadcasting, known as DAB, which was quickly adopted by Germany, the United Kingdom, Spain and the other countries in the region, making Europe a pioneer in the subject. In 2005, the United States decided not to host the European system and introduced In-Band On-Channel, its standard known as IBOC.

Engineer Óscar Medina, of the radio systems integrator company 305 Broadcast, indicated that with these two standards it was that talk began of the digitization of radio in the countries of America. He explained that "it should be borne in mind that we are talking about digital terrestrial radio, because there is also digital radio by IP that sends information through the internet and by its nature is totally digital."

Digital terrestrial radio sends the signal through the air using electromagnetic waves, either in the AM or FM format. The signal that is emitted from the studio with the information is converted into 0 and 1. The format to enable this type of transmission will be according to the one defined by each country or region in which it is located. Although several models were developed in the world, there are two that have been implemented in Latin America, IBOC and DAB.

Digital Audio Broadcasting, DAB, was developed for the European Union by the group of researchers called Eureka. It is designed for the broadcast of terrestrial and satellite audio and aimed at home and portable receivers. It uses the Band III and L-Band frequencies of the radial spectrum.

The DAB+ was a more advanced version that was introduced in 2007. According to its developers, it has a capacity three times higher than that of its predecessor, due to the fact that it uses AAC+ audio codecs and a more robust reception quality. Adopting the new version requires changing the receiving equipment, since they are not compatible with the first one.

One of the disadvantages noted of this system is that it forces a total analog blackout to take advantage of its services. That is, the broadcaster must change its entire transmission infrastructure and the listener must change its receiving equipment.

The other model for adapted in the region is the In-Band On-Channel, IBOC, developed by Ibiquity Digital Corporation. It currently has three operating modes: the first is the hybrid, through which the analog and digital signal is sent. The digital signal is on the sides of the analog, reduced in amplitude and the digital is not in its optimal state of quality.

The second is the improved hybrid, which is detrimental to the analog FM signal,  which consumes part of its bandwidth and adds new frequency partitions. The third is 100% digital, which exclusively transmits digital signals and increases signal strength. These modes are the main advantage that they recognize to the IBOC system, because it allows the simultaneous transmission of the signal, both analog and digital.

The disadvantage of this standard, according to Oscar Medina, is that radio stations must sign an agreement that generates a periodic charge for their patent use.

To have a digital radio, the first step is the government decision to choose one of the standards available in each country. This choice should be based on studies that indicate to the authorities in charge which system suits them according to their geographical conditions or which is visualized by the region.

Walk followed comes the technological update. Oscar Medina commented that many of the equipment used in analog radio will now have to be replaced by others that have the characteristics of the model chosen by the country. The main computer to change on a station is the console. The format of how the console signal is transmitted will have to change and high-quality audio processors must be used.

"All this implies a drastic change within each of the stations, because it changes from a format that one moment will disappear completely. Also the radial game system, that is, the link system that is used from the point of the signal process, the studio, to the transmission point," he added.

When a digital radio is available, the audience will receive the signal with the highest quality, regardless of the methods used to transmit, either by electromagnetic waves, satellite, cable, internet or fiber optics. The FM signal will be superior to a CD quality and the AM system for digital will have the quality of analog FM

Another advantage of digital radio is that the movements of listeners within the coverage area will not have signal interruptions, as is the case today with analog radio. This is because digital equipment will have greater capacity and efficiency, allowing the broadcaster to lower the company's electricity consumption.

It also allows you to add additional information channels, such as traffic information, weather, stock market indicators or any you want.

At a slow pace

Although Europe and the United States were the first to promote digital radio and are the regions in which the implementation is most advanced, there is currently not a single country that has a 100% digital radio.

For the specific case of Latin America, digitalization is going at a slow pace. In Mexico and much of Central America they are adopting the American system. In general, the entire region has chosen its model to implement, with IBOC being the system that has been most adopted. In this process of digitalization, Mexico stands out, which has the largest number of digital radios.

In a fully digital radio, the common listener must have the right equipment to receive the digital radio signal. The engineer of 305 Broadcast mentioned that "this is one of the mitigating factors for the implementation of digital radio in Latin America, because it would generate a large investment from all people. But you see advances in some cases, such as new vehicles, which are including the installation of radios under digital technology."

In the end, Oscar Medina said that "by 2020 there will still be analog radios in our countries."

No thoughts on “Lack of impulse to digital radio”