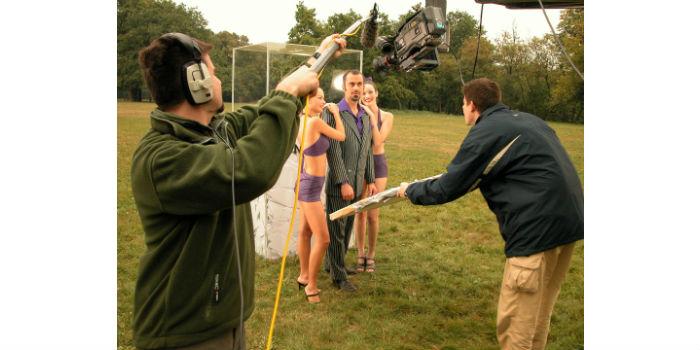 The Venezuelan melodrama, which traditionally focuses on romance (pink production), has also given way to the sociologizing telenovela.

This article presents a perspective of the Latin American telenovela, from the incorporation of this television genre throughout its history, to the culture of the producing countries, becoming one of its most distinctive elements; likewise, as a genre, whose themes have made it possible to transform it into a significant communicative procedure in all the countries of the region.  The telenovela as a structured narrative that can address different social conditions.

When we talk today about television culture in Latin America, we are referring, instinctively, to the telenovela. More than five decades after its entry into our region, it is feasible to affirm that the telenovela took over the recognition of audiences,  as an aesthetic and cultural product, becoming a substantial component of the culture and identity of Latin American countries; thus, according to Vasallo de Lopes (2009), it is possible to highlight  that this genre can be defined as one of the most representative Latin American media phenomena, partly due to the connections it establishes between the traditional and the modern, for "molding" anachronistic narrative components and modern imaginaries,  and for raising vigorously recognizable stories within  reflections influenced by the national and regional elements themselves. In accordance with the above, Vasallo Lopes (2009), points out that:

This situation reached by the telenovela is responsible for the character, if not unique, at least peculiar, of being a "national narrative", which has become a "communicative resource" that manages to communicate cultural representations that act, or at least tend to act, for social inclusion, environmental responsibility, respect for difference, the construction of citizenship (p. 22). (Translation by the authors).

The presence of the telenovela in Latin America, whose countries are developing, according to Vasallo Lopes (2009), could be considered a paradoxical case, since the main producing countries, Mexico, Brazil, Argentina, Venezuela or Chile, have made this dramatic genre a contrasted social representation, where wealth and poverty, the modern and the archaic prevail, the capitals and the provinces, the rural and the urban. The Latin American telenovela even, as stated by Vasallo Lopes (2009, p. 22), "Is involved in the reproduction of representations that perpetuate various shades of inequality and discrimination", (Translation of the authors).

Since the first dramatic work in telenovela format, broadcast in Mexico between 1956 and 1957, this, "the language of the heart", as it is called by some theorists, continues to be the television genre that has the most acceptance in the Latin American audience.

According to Vasallo Lopes (2009), for example, in the case of Brazil, a successful novel can achieve around 45 audience points, a share of 58% and an average of 45 million viewers; the previous one is a quite significant figure that allows us to reflect on everything that is immersed behind this exciting genre. As for the costs, in the Brazilian case, according to Vasallo Lopes (2009):

The average cost of a 200-chapter novel is $16 million, about $80,000 per chapter. A daily chapter contains, on average, 36 recorded scenes, which corresponds to half of a cinema film and three feature films per week. It's 20 hours of recording and 27 hours of editing for a 45-minute episode of raw on-air content (no commercials). Normally, a novel has 60 to 70% of studio recordings and 30 to 40% of external recordings (p. 24), (Authors' translation).

A question that arises is whether today the telenovela is not so much from the heart but from the same reason?, this because at present there are also stories such as the Colombian telenovela Betty la fea (1999-2001), whose plot focuses on the adventures of an ugly girl, but intelligent and capable of getting ahead by reliving social struggles.

Brazil and its very history
In the case of the South American giant, Vasallo Lopes (2009), he emphasizes that it is necessary to state that in Brazil the telenovela has an immense penetration in the different layers of society, largely due to its particular way of developing content where people of different social classes, ages, gender, ethnicities and diverse rationalities, position themselves and interrelate. In accordance with the above, Vasallo Lopes (2009) emphasizes that:

The plots of the novels are generally moved by oppositions between men and women; between generations; between social classes; between rural and urban localities, "archaic" and "modern", represented as intrinsic, simultaneous and ambivalent tendencies of Brazilian contemporaneity. Other dramaturgical resources such as false identities, exchanges of children, unknown parents, unexpected inheritances and social ascent through love are recurrently present and coexist in harmony with references to themes and repertoires contemporary to the time in which they go on the air. (p. 26). (Translation by the authors)

Argentina, look ché!
The telenovela, as indicated by Aprea y Soto (1998), has long been one of the most outstanding television genres in the Argentine audiovisual narrative scenario, reaching a wide positioning both in the programming and in the predilections of the audience.

After the military dictatorship (1976-1982), a period in which the local production of telenovelas declined, as a result of the military control of television channels, in the nineties, as Mazzioti, Borja and Rodríguez (1996) emphasize, the situation is reversed and in Argentina a boom in international co-productions begins and, between  1990-1995, 19 titles are made in co-production with European channels, returning the importance to the Argentine melodrama, lost during the years of control of the Armed Forces.

During this period, two types of telenovelas are visible: some that stand out for their technical care, great staging, numerous casts, impeccable costumes, high budgets and outdoor work; others, called "actress telenovelas", where, according to Mazzioti, Borja and Rodríguez (1996), a narrative is proposed in the present tense, with eminently urban themes, and in which narrative  innovations prevail such as  the incorporation of current  journalistic themes or even narratives of other genres.

For the beginning of the XXI century, the Argentine drama is located in the neighborhood and the conflicts that are evident there. Now there is no longer a single narrative argument, but they are presented through multiple arguments. A clear example is El sodero de mi vida (2001-2002), a telenovela aimed at the Argentine lower middle class, where several stories are told: the love struggle of a soda delivery man and a sex therapist, and that of a blind man in love with a young waitress. Everyday stories, such as one's neighborhood and theirs, where dramatic and comic situations are intertwined.

Other telenovelas continue to show the drama that the Argentine lives in his businesses. And there can be no shortage of issues such as political corruption and family problems that must occur in our countries.

Chile an elongated country
Chile and its good public television of situations, does not move away from its beautiful and elongated geography. Recording outdoors on Easter Island or elsewhere is the constant of Chilean directors. They want to continue demonstrating that fishing and mining have made it possible for Chile to move forward, but without forgetting the conflicts of social struggles or the issue of racism against the natives. Pampa ilusión (2011), a period story directed by Vicente Sabatini and written by Víctor Carrasco, which aired on the TVN channel, is another story whose plot focuses on the class struggle in the nitrate mines.  In this case, these are culturally productive public television productions.

Mexico and Venezuela: cultural expression and marketing
As in the Latin American countries mentioned above, "the telenovela in Mexico has constituted one of the spaces of expression, recognition and cultural recreation par excellence, while being one of the most distinctive and recognized mass media products of the television industry" (Orozco, 2006, p. 12); a fiction that, as mentioned by Martín-Barbero and Muñoz (1992), establishes links with life itself. The telenovela is in Mexico an important fact in the daily life of its audiences (Orozco, 2006), focused on the establishment of imaginaries, identities and beliefs.

In this context, as Orozco (2006) points out, there is no doubt that the Mexican telenovela has also become an excellent media product, with not only national but also international impact. The melodramatic "model" of the Mexican telenovela carries with it printed components such as family communication, related to identity recognitions that, as in the Brazilian case, represent and manifest those social, ethnic, generic and even age stereotypes; the above, linked to mercantilist and consumer logics, thought of the popular, leaving its borders open to the interactions between rich and poor.

As in Mexico, telenovela in Venezuela has fluctuated between cultural components and focus on international markets. Thinking about these two aspects, since the seventies Venezuelan producers have gradually made efforts to improve the thematic content of their telenovelas, also thinking about the international markets of Central America, some countries of South America and the Latin segment in the United States.

Networks such as RCTV and Venevisión soon saw their productions achieve success with telenovelas such as Cristal (RCTV-1985), which obtained great success, even in Spain.

According to Tremonti (1995), the Venezuelan melodrama, which traditionally focuses on romance (pink production), has also given way to what the author calls the sociologizing telenovela, such is the case of the dramatized Por estas calles (1992-1994), which ventured into a theme beyond sentimental relationships, addressing social denunciation: everyday life on the screen (Tremonti, 1995).

No thoughts on “The dramatized in Latam I”