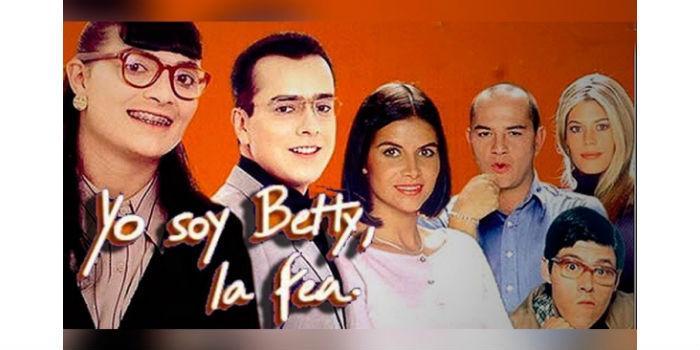 When talking about the pink in the Latin American telenovela, we must think that new formulas appear on the air that are already less predictable and, that this genre, has been linked to processes and social problems.

In the universe of Colombian telenovelas, aspects of reality, politics, tradition and society have been linked. They have shown us how we are: ugly and useless, but eager to get ahead. The paradigmatic case is Yo soy Betty la fea, a telenovela that exhibited ugliness as both a negative and positive category and, at the same time, broke some traditional features raised in the Latin American "classic" melodrama (archetypal characters and combination of modern elements with traditional ones, for example).

He also dared to show the "metamorphosis" of an ugly woman who becomes beautiful, of course, without neglecting what Mazzioti (2008), calls the division between good and evil, and the exposure of characters with small identity traits. 20 years after its premiere in Colombia, the RCN Channel re-broadcast Betty la fea in posthumous tribute to its creator, Fernando Gaitán. The phenomenon of the novel continues, since it has achieved the first places in the colombian TV rating in prime time in its repetition.

Common problems, similar stories
When talking about the pink in the Latin American telenovela, we must think that new formulas appear on the air that are already less predictable and, that this genre, has been linked to processes and social problems, because in Latin America it is common to be poor, displaced (enslaved), to be ugly, but it is also very common to feel proud of a territory and what happens to its protagonists.

There is no doubt that the viewer and society have changed: new dreams, ideas and social problems are latent and allow today fewer pink stories, because even love itself has changed. The responsibility of producers, directors and actors with whom Latin Americans identify today, is important and equally transcendental, because since the telenovela is the genre closest to the human condition and to the very life of Latin America, we must be very careful of what is said and shown.

Old and new stories, in new markets and in multiplatform
Regarding the above, we complement the text with the points of view of Alejandro Vergara, a Colombian writer who managed to position himself as a dialoguist on NBC's Telemundo channel. It has just been part of the Betty project in New York, premiered on February 6, 2019, the latest adaptation of the famous telenovela Betty la Fea, written by Fernando Gaitán.

This version is captivating a new generation of young people who knew little about the original story; in Vergara's words, for him as a screenwriter it was a challenge to update the work and take it to the universe of the United States, however, it was possible to find its own essence and, at the same time, explore new situations of the characters that the audience has in the memory

Is there a methodology in Latin America for writing a genre like dramatized?
Alejandro Vergara: the themes of telenovelas have evolved, now there is more talk of series than telenovelas because the name seems outdated. However, this genre is still more alive than ever only that it is now called a romantic series or a novel series. The plots that mark the most success in the rating in Latin America are those plots that manage to reflect the daily life of people, which capture the Way of feeling Latin American, so passionate and dedicated. Although romance is changing, people still enjoy classic love stories; of course, with a touch of modernity.

What are the thematic trends of dramatized in Latin America?
Alejandro Vergara: Those of personal improvement, which show how their protagonists manage to stagger socially thanks to their intelligence and cunning, but without neglecting, obviously, love as the main axis of their narrative. Also the plots that denounce social injustices, which expose common, close problems; locally the telenovela grows as a means of diffusion, the public wants to see on the screen of their televisions or their tablets and cell phones, possible solutions. We all have the need to follow a leader or a hero who tells us what the path is and that is the work of the protagonists.

What is the reception of the Latin American public before the new issues that are raised today? What is being consumed?
Alejandro Vergara: With streaming and electronic media, the Latino public made an exploration of different contents that are produced anywhere in the world. However, the audience manages to get hooked more easily with plots that are close to them, culturally and emotionally. Recently in Colombia, a series like La reina del flow (2018), achieved a great rating score as it had not been seen in the country for a long time. Viewers felt this story close to them.  Violence is still an attractive factor in the narrative, but love plots ensure the permanence of the audience.

As a screenwriter, where do you come from new thematic approaches to put on screen? Where is there a need to narrate this present?
Alejandro Vergara: Stories change as society transforms and new problems arise. At the center of these situations are very attractive love stories. In a world where everything is going so fast and where it seems that romance is dying, love stories come to life and importance, because they show us the duty to be of romance. Soap operas teach us that the most important thing is love and this is the way to happiness. This premise is a promise that entertains and gives us hope.

How is a dramatic project conceived for today's audience? Are there many remakes on the programming grids? Is this a trend?
Alejandro Vergara: The production companies take up the successful products because they have already been validated by the public. They are television classics that the audience remembers with affection and admiration. By producing one of these stories you secure an audience.

Is Netflix setting new guidelines for the thematic path of dramatized in Latin America such as co-productions made in Brazil, Mexico, among other countries?
Alejandro Vergara: Netflix is taking what exists and putting it on its grill in a practical way. Streaming portals provide great convenience to the viewer who is guaranteed to see your product in their times and not in the schedules of a program. Netflix has intelligently selected a large number of good stories and made them available to its audience.

Is traditional Latin American dramatization compatible with the opportunity offered by new media such as eduentainment, as a new way of entertaining and educating, and as a way of telling?
Alejandro Vergara: In the traditional telenovela there are aspects. We can find the classic narrative whose protagonist fights tirelessly for the love of a man of better social class. But there are also pro-development soap operas, educational or current, that pose problems and make the public question. These types of products are the most interesting because they manage to reflect the feeling of a community and summon their audience to reflection.

No thoughts on “The dramatized in Latam II”