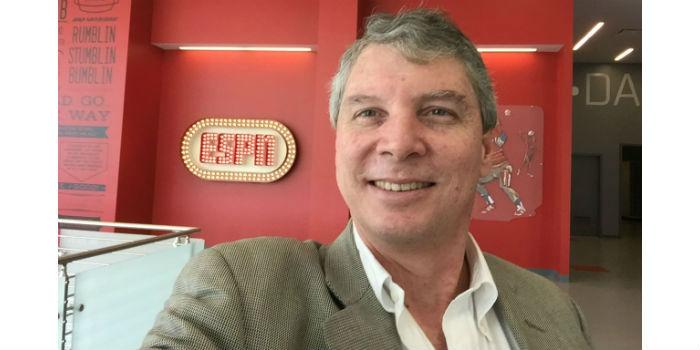 With more than 30 years in the television industry in Central America, Antonio Pérez highlights its growth in the region and the quality of the professionals that make it up.

Antonio Pérez is a man of the world. Cuban by birth and of Spanish descent, he grew up between Miami, Puerto Rico and Panama, the latter country is where he has developed his professional work in the television industry for more than 20 years, after having studied electrical engineering and a master's degree in Electrical Engineering with emphasis in telecommunications at the Georgia Institute of Technology in Atlanta.

In an interview with TVyVideo+Radio, the current Senior Manager of Engineering and Technology of the Medcom group, which operates three free-to-air TV channels, three cable TV channels and three radio stations in Panama, recalled his beginnings in television and some of his experiences in more than 30 years in the industry, both in Panama and Puerto Rico.

"Since I was a kid I was always a fan of television. I never planned to be in the industry, it just evolved that way. During my university years I spent the summers practicing in the electricity distribution company of Panama. My original intention was to stay in the electrical engineering power branch. However, I felt that this field was somewhat limited and that in Communications it would have a better future so I made the change in the master's degree."

His first job in the industry was in the company Cable TV in Panama, in which he was for a few years because the situation of the country caused its closure. Therefore, in 1987 he arrived in Puerto Rico with a company in the same field. When he returned to Panama in 1995, he switched from cable TV to broadcasting, a sector in which, according to him, he was not so good at the time. At that time he came to the RPC channel as an engineering manager, two years later they would join with Telemetro, their main rival and the market leader, starting what is now the Medcom Group.

He commented that over the years, any kind of learning is received from people who become mentors. Our Professional of the Month has been fortunate to have several people who have served as mentors. And what has been taken away from all of them is the emphasis on working on the details, being meticulous in what is done pays off. She has also learned that the values of each person are what carry them in difficult times and are the north in decisive situations, both personally and professionally.

"In RPC I met Lloyd O'Meally – one of the giants of television in Central America, who was about to retire. Lloyd over the years has been one of my mentors. He's not someone who talks a lot but he doesn't have to say as much to influence what you do. He guided me over the years, offering suggestions and calling my attention when I needed it. Even when he was already retired – for that I will be eternally grateful," she said.

Days always on
Antonio Pérez's days are long. They start at 5 AM, when you go for a run or to the gym. He returns home and at 8:00 am he is in the company. Step by step organizes the day by seeing where the scheduled meetings are and what are the five points that you must attend on the day. Try not to be more than five but sometimes the agenda is full and you must expand it.

"I have an open door policy and without much protocol. That's why I get visits at all times and from all the staff I'm involved with and others I'm not. I also like to manage walking around the company, making contact in the areas of my responsibility and with the internal customers of the other departments. Problem solving never really ends – I prefer to find solutions by finding consensus among those responsible. In some cases it is not possible and you must make the decision yourself," he said.

At noon, if the schedule allows, he returns home for lunch, one of the advantages he has by living four blocks from the company. It comes back at 2:00 pm and from there it is usually trying to attack specific items on the agenda and move projects as much as possible. At 5pm most people who work from 8 to 5 leave and it opens up the opportunity to work uninterrupted until 7pm, at which time you try to leave daily, if there is nothing pressing.

On the challenges he faces in his daily work, he pointed out that today the technological challenges are less of availability of information and more with the lack of what is required locally. The vast majority of things have to be imported and it is necessary to take into account that time in the process of obtaining technology.

"We have been able to absorb the technology as we have expanded the use of state-of-the-art equipment. That said, it's always necessary to keep staff up to date on the latest technology. This is a challenge that changes from year to year, so you always have to be on top of the latest in the industry to see how it affects us as a company and how it affects the level of absorption of technology by technicians. On the other hand, Medcom is a believer in investing in cutting-edge technology and thanks to that we have advanced quickly in its implementation, in an accelerated way".

The future of the industry
30 years in the media industry, allow Antonio Pérez to make an overview of how the industry is in his country and the region. He stressed that television continues to grow in Panama and Central America. There is quite a bit of competition for advertising cake. Even more so with digital media taking on greater preponderance every year. But traditional media continue to lead in larger audience share. As recently as 2014, Latin America led the world in advertising investment growth (around 12% annual growth).

He added that Panama has always had a very competitive TV industry with strong groups controlling the main stations. Additionally, it has had extremely capable staff and owners who dare to implement cutting-edge technologies since they see the benefit of implementing it.

Between sport and music
Antonio Pérez has a marriage that began in 1989 and today with three children aged 27, 21 and 18. In addition to his family, sport is one of his passions, both practicing it and amateur. For 30 years he has run daily, it is what they call a "Gym Rat" where he lifts weights, exercising early in the morning. He also plays basketball, golf and football.

He is a fan of all sports, but mainly Baseball (Atlanta Braves), Football (Barcelona), American Football (Miami Dolphins), Basketball (Boston Celtics), Even Ice Hockey (Boston Bruins). He likes music although he never received training. His tastes are eclectic and varied, he has a vast collection of more than 30,000 songs.

"I am a telecommunications consultant, getting involved in the designs of high-profile communication systems in Panama for the past 20 years. I plan to expand in this area more as my retirement approaches. I do well in computing – putting together PCs and modifying them. I am also involved in the design of Wifi networks. Finally, I am the president of the company that my father left us, a company that supplies industrial packaging locally that is precisely called – Empaques Industriales, S.A.", he said.

No thoughts on “Sports and TV fan”