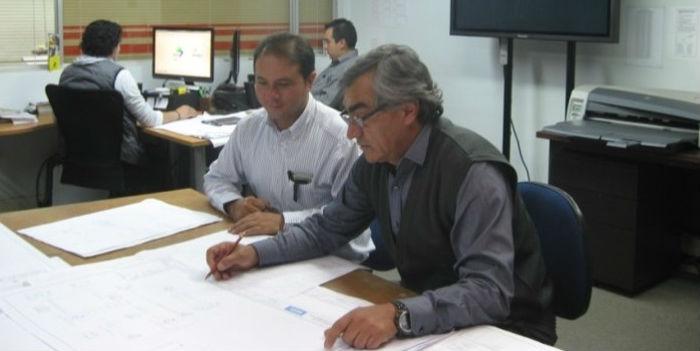 For Carlos Fernández, the biggest challenge he faces today in the medium is the obligation to permanently update, generated by the great and continuous technological changes.

Since the beginning of his professional career, Colombian engineer Carlos Fernández has been supporting the development of the television and audiovisual industry. Today, with more than four decades of uninterrupted work, he has participated in important projects for channels in the countries of the Andean Region and Central America.

He recalls that after graduating as an Electronic Engineer from the District University of Bogotá, in 1978, he joined the television industry thanks to the company Telemation, Inc., on the recommendation of Daniel Cheyne, a long-time engineer from the Ampex Company.

In Telemation, Inc. salt Lake City company, dedicated to the assembly of television studios, he served as an assembly engineer for the Andean countries, for approximately four years. In 1978, when Telemation closed its operation in Colombia, he founded the company Seel with the engineer Roberto Riveros, who accompanied him in the first years.

In this regard, he commented that "I decided that it was time to start my idea of undertaking and creating my own company. The beginning was not easy, however our engineering proposal was very well received by the different programmers, who gave us the opportunity to contribute to their engineering development and since then we have been an important part in the technological growth of all the programmers and channels of the country. The most important challenge was to demonstrate that in Colombia we had the professional capacity to provide high-level engineering solutions that contributed to the development of local TV."

First transmission of the Vuelta a Colombia by bicycle
After an extensive career in the industry, there are many projects in which the founder of Seel has been able to participate. Among them are the participation in the implementation of the color television system for content production in the Gravi studios, as well as in the interdisciplinary groups that created the regulation for pay television in Colombia and the implementation of cable companies for cities such as Bogotá, Medellín, Ibagué, among others.

He also developed and implemented enG systems with portable microwaves for nationally recognized newscasts such as QAP, CM& and NTC. And it manufactured RTI's first mobile unit for television and since then they have manufactured more than 100 mobile units for different purposes, such as the production of dramatized or transmission of sporting events. Today they have mobile units exported to Panama, Salvador, Venezuela, Honduras, Ecuador, among others.

He has been a consultant for the development of the headquarters of channels and production houses such as Caracol, RCN, RTI, Fox, City TV, among many others. More recently the headquarters of Teleantioquia and Telemedellin, the latter was certified LEED GOLD. Internationally, they have participated in the technical development for América TV de Lima and its new headquarters in Pachacamac and Ecuador TV among others.

But Carlos Fernández's participation in Colombian TV has not only been in the execution of engineering projects, but also in the production of TV itself. "I had the opportunity to be the technical director of the first television broadcast of the Vuelta a Colombia by bicycle, bringing to the country the technology used in other countries with helicopters and motorcycles. This represented a great challenge and the result was very successful. In the same way the aerial coverage of the visit of Pope John Paul II to Colombia, for this reason we receive a direct congratulation from the Presidency of the Republic".

Industry Vision
After an extensive career in the industry and witnessing and participating in its evolution, engineer Carlos Fernández has a clear concept of where we are and where the industry is moving in the coming years.

He noted that "in my opinion, the television and communications industry in general will always be expanding. The multiplicity of content distribution platforms demand the generation of greater amounts of it, therefore, the technical infrastructure for production, post-production, broadcast and distribution will be in continuous growth and / or technological update".

He added that not only in Colombia but anywhere in the world, television is obliged to evolve with the state of communications technology and with the demand for content of different kinds that today's society demands immediately.

And it is that for our Professional of the Month of this edition, that constant technological advance becomes the primary objective for companies related to television, to be able to understand that the broadcast business as it was known a few years ago, is in decline and that the ways of seeing content have evolved drastically towards mobile platforms closely related to social networks and not conditioned to a rigid temporal sequence.

"The changes will continue, each time we will have to get more used to the continuous improvement of specifications such as storage capacities, transmission speeds, image resolution, interactivity, processing, etc., which implies that the industry will have to adjust to these new demands," he said.

The family in the industry
Since the founding of Seel 39 years ago, Carlos Fernández has been linked to it. Today his two sons are in charge of the company but it does not mean that he has retired.

"Throughout the history of Seel I have been General Manager and today with the support of my two children, Carlos Iván and Diana Carolina, engineers also specialized in the medium of television, we have intervened in the development of a high percentage of the technical facilities of television channels and programmers in the country, as well as some Central American countries and the Andean group," he said.

Before, when I was not in charge of projects in channels and production companies, I practiced motocross and enduro. Today, at 68 years old, he continues to attend his offices daily and most of his time is spent on technological analysis meetings for the different projects they manage, in conjunction with the company's group of engineers. In addition, she enjoys her five grandchildren and has as hobbies agricultural activities and being in contact with nature.

No thoughts on “43 years in TV engineering”