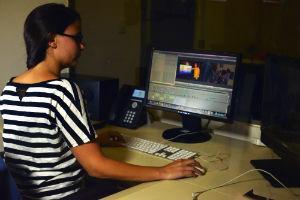 The production of the videos that are broadcast during the Telethon in Mexico required the purchase of a system to edit and manage all the recorded material, at low cost and that would facilitate the work.


Every December, Mexico attends a 27-hour marathon of Live Television with the main objective of raising the money that allows the development of the CRIT (Teleton Children's Rehabilitation Centers). Within those 27 hours, 27 mini documentaries are included that tell the stories of overcoming those children with different disabilities, autism or cancer.

These documentaries highlight how rehabilitation centers have helped these children during their recovery through medical, educational, and motivational assistance. The goal is to help you integrate into your family, society, and schools.

"Teleton is the most important live show on Mexican Television, and 35% of the content of the program is made up of the documentaries we produce," explains Andrés Jimenez Cascella, post-production coordinator of the Teletón Foundation, located in the north of the State of Mexico.

He added that "Our production center employs a producer and two production coordinators who oversee the final result." In addition to the great work they do in Mexico, another 27 documentaries are produced that air in the edition of Teletón in the United States, using the same production structure.

Many stories
Andrés tells us, "Every year, there are many more than 27 stories to review. That's why, once the director has filmed his interviews and the rest of the material, he or she returns to the editing island and produces a teaser to teach his or her colleagues. All directors vote on which stories are transformed into documentaries that are broadcast during the telethon broadcast."

There are many angles in each story, the child's interaction with his parents, progress in treatment, among others. Each story requires a large number of interviews, resulting in a very important generation of video material. With so much footage produced, and the need to track each child's progress during rehabilitation, the production team needs a very efficient way to handle those files.

When Telethon began its production operations, the format chosen was the MiniDV, and that material is still used in the stories that are produced today. Today, most of the material is produced using Panasonic HVX2000 and HPX170 cameras, as well as the Nikon D600 DSLR. The editing system chosen are Adobe Premiere and Final Cut Pro 7.

"Until this year, we had been saving the material in a SAN with a small manual file in LTO. This system has worked for us since 2010 but its expansion was not in accordance with our budget possibilities. About 24 Terabytes are produced each year and the cost of growing on disks was too high," explains Andrés.

That is why, during his visit to nab in April 2013, he was able to investigate several alternatives. "We evaluated almost all available systems and decided to adopt the company's Editshare solution. Just as important as what it offers, is its cost. We work on a very limited budget and we must make every penny count."


As a result, in June Telethon completed the installation of a 64TB Xstream, including the Flow for file management and an Ark library  of 48 LTO6 tapes.

Effective workflow
Andrés emphasizes that "the advanced file management system and projects that Editshare offers are essential in the development of the stories we produce. A Telethon editor can very easily take the teaser that the director produced and go from there. When a story goes into development, post-production takes it to perform color correction and audio checking. The possibility of sharing files and projects that gives us to manage the collaboration between the directors and the post-production department."

Andrés explains that using Ark has given the Telethon the possibility to efficiently manage its files in the post process. "Ark Tape allows us very easily to archive and retrieve material. And it is very economical, as well as very easy to grow. The automatic generation of Proxy files carried out by the Flow system allows an easy search and retrieval of the footage in file."

Another benefit that stands out is the way in which it handles multiple formats without conflicts. Whether miniDV, P2 or DSLR, it handles all formats smoothly. In addition, Telethon uses file ingestion functionality by transcoding DVCPROHD directly into Xstream's centralized storage, leaving editing islands free for publishers.

According to Andrés, it allows the team to control the production budget in an efficient way without resigning functionality or technological capacity. In fact, it confirms that Telethon now has a more efficient workflow thanks to the solid integration of Xtream, Flow and Ark with the editing system they manage and the post-production team.

Andrés concludes, "Because our work impacts the lives of many people, it is critical that we use the best tools the marketplace offers to ensure that our stories are seen, heard, and impacted in people's hearts. At the same time, reaching this high level of production cannot mean going over budget. It is important that most of the funds raised go to rehabilitation centres. With Editshare, we have a facility with the highest technological level, expandable and versatile enough to handle the volume of material that our program generates, at a cost that perfectly fits our possibilities."

Telethon Mexico
Telethon is a World Organization that raises money to build and maintain rehabilitation centers. Most Latin American countries have a local Telethon, with Mexico being one of the most important. In fact, in that country, Teletón subsidizes the impressive number of 21 rehabilitation centers distributed throughout the Mexican territory. And as of 2012, he also manages Telethon's efforts in the United States for the Latino community.

When it comes to giving to charities, people are generous. Millions of dollars are raised each year for causes as remarkable as the search for a cure for cancer, the care of people with disabilities or helping families who have been attacked by terrible diseases. In 2012 Teleton raised more than 472 million pesos ($37 million) for the foundation's work in Mexico.

However, those entities that raise the money also have operating costs. And to ensure that every dollar/weight/pound donated is invested in the best way, the most effective solutions must be found. Among the operational issues is the production for the special television broadcast.