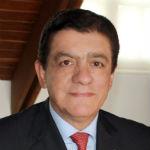 Dedicating his professional life to the guilds has allowed Julián Cardona to express his opinion frankly on issues of national interest in telecommunications, but always based on previous studies and research.


If any opinion is taken into account by the government of Colombia for decision-making in matters of television, it is the concepts issued by the Colombian Association of Engineers, Aciem, and its Telecommunications Commission. And in the ten years of work of the Commission, one of its protagonists has been Julián Cardona.

Julián Cardona says that the years dedicated to trade union activity have been rewarding, since Aciem is an Association that has nothing to do with commercial aspects, but with aspects of public policy in each of the areas of engineering to which they are linked.

Therefore, one of the main challenges of his work is that staying updated because technology lives in constant change and he as the leader of an association of engineers with the quality of advisory body of the Colombian government, must be aware of what is happening in each of the nine different areas of work that Aciem has.

Concern about DTT
Although his professional focus has been on telecommunications, his particular interest in television arose with the beginning of the discussion of the digital television model that Colombia should adopt, ending the last century.

Remember that this process required a lot of work because they investigated and knew in detail each of the models of digital television in order to issue the most accurate concept possible. Even, that process required trips to the countries that manufacture the American, European, Japanese, Brazilian and Chinese models.

After recognizing the importance for the development of television of this stage, this is how the Telecommunications Commission of Aciem was created in 2003, generating a space to discuss the technologies required in digitalization, greater channeling sending of multichannels, spectrum efficiency, signal quality, high definition, 3D., among other topics.

The President of Aciem stressed that since its inception this has been a Commission composed of expert experts from the industry, representing different segments and of which he has been part since its creation.

The knowledge acquired in the investigations of the guild and its nascent Commission, allowed the recommendation of Aciem, that the European digital television model be adopted, to be accepted by the Colombian government and by the then National Television Commission. Even though Colombia is the only country in South America to have the European model.

He recalled that it was the Association that represents the first institution that showed the country Digital Terrestrial Television and that until today it has followed the whole process very closely, supporting moments such as when it was decided to change for the second version of the European model, after three years of having made the decision.


Therefore, he did not hide his concern when talking about the slowness with which the implementation of digital television in Colombia is progressing and even questioned whether the goal of the analog blackout, established for 2019, can be met.

He pointed to the lack of political will as one of the reasons why the process is going slowly. In the technical aspects of infrastructure such as network deployment, equipment acquisition and migration of frequencies from the public network, they lag behind the initial plan.

Julián Cardona compared the process of private television operators, who have already installed part of their networks and equipment, while in the public television network the tender was declared a decision in December 2012 and was barely awarded at the beginning of July of this year.

And meanwhile, it is the Colombian population that is affected due to the uncertainty generated by the process, not to mention the costs of the investments that have been made for the promotion of digital television and the sale of the required receivers. Thus he reiterated the call for the publication of the schedule and the acceleration of the process.

Between training and family
Our Professional of the Month assured for this edition that as a good quindian, he takes advantage of the free time he has left to enjoy it with his family and to visit his homeland in the company of his wife and daughters. Travel and reading are also some of her hobbies.

But, he said, the union activity is little free time that leaves him, because added to the fact that his working days do not have a fixed schedule due to the constant meetings with associates, government representatives and the media, he must be in constant training on the different topics of engineering, often regardless of whether it is at night or on weekends.

And it is that his experience in the guild world is not only in Aciem. His tour of the guilds has taken him to entities such as the Colombian Chamber of Informatics and Telecommunications and Cintel, among others. In addition, he was president of the Aciem Cundinamarca chapter.

Julián Cardona will continue as national president of Aciem until 2015, representing the 12,000 associated engineers and the nearly 150 representatives of the nine commissions that the guild has. But, above all, issuing technical concepts without fear of hurting their sensitivities.

No thoughts on “Looking for development from the guild”