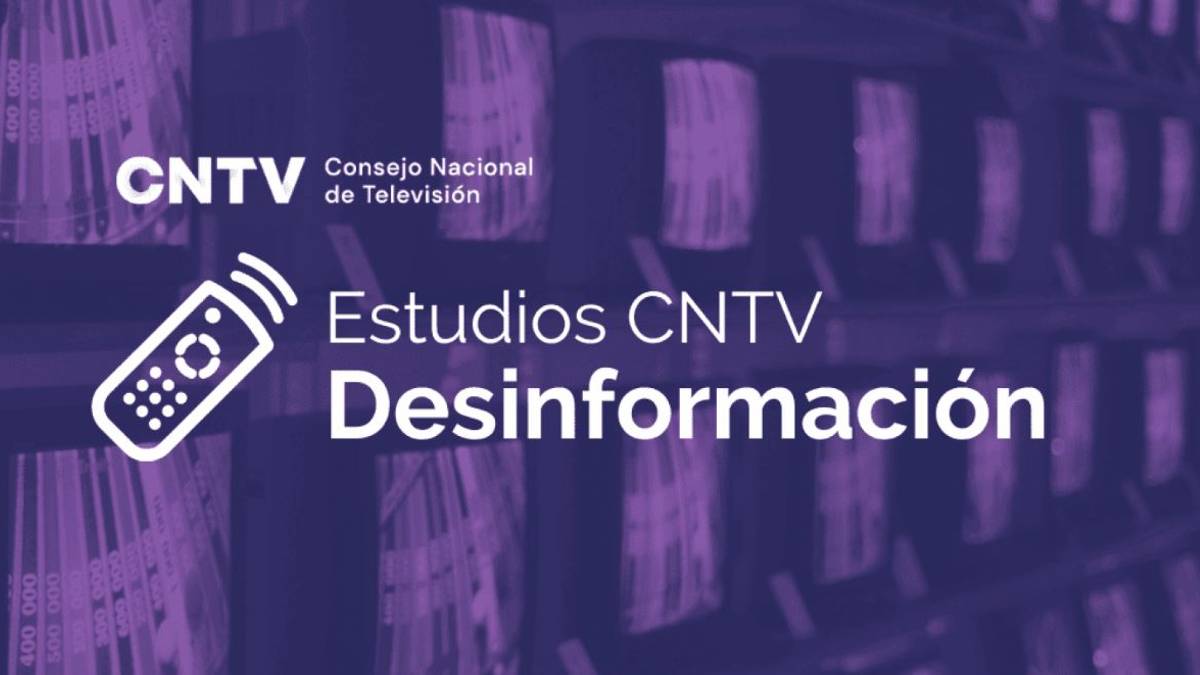 Chile. The Department of Studies of the Consejo Nacional de Televisión, CNTV, published a bibliographic study on disinformation. The topic has acquired enormous relevance due to the explosion of publications originating from social networks.

The document starts by making a distinction between misinformation, disinformation and malicious information. According to the literature consulted, disinformation would be characterized by the intention to deliberately harm a person, social group, organization or even a country.

"The rise of social media facilitates the circulation of bad information. Both false information and disinformation and malicious information can be harmful by influencing people's ability to debate issues and make decisions about true assumptions," says the report published by the CNTV Research Department.

The study notes that Internet use has tended to reinforce people's tendency to seek out people who are aligned with their beliefs. This trend on the Internet, which has been called the "filter bubble" or "echo chamber," can reinforce "tribal" views and polarize opinions.

"Another challenge to democracy lies at the heart of the Internet's business model, which relies almost exclusively on advertising," the research states. Thus, "experience has shown that the most striking content on the Internet is usually the most frank, offensive or extreme content."

According to researchers from the CNTV's Research Department, "regulatory efforts have ignored the link between disinformation and the possibility of targeting Internet advertising to certain sectors and actors."

How to deal with misinformation?
To detect disinformation, it is suggested: to verify what other sources say about the same reported facts; identify who is responsible for the content; identify the platforms that disseminate it; Check whether the information is an opinion or supported by facts and verify the date of publication.

These, without a doubt, are useful recommendations for citizens, but what role does the State play? According to the aforementioned document, the State has a central role both in the generation of public policies to face the problem, and because of its possible responsibility as author or promoter of disinformation.

The Joint Declaration of the Rapporteurs on Freedom of Expression (2017) states that public officials have the obligation to provide truthful information to citizens. In turn, states must create conditions to avoid obstructing the free flow of ideas. This is a complex issue, because states must face the challenge of striking a balance between the protection of freedom of expression and the press, with the political stability of countries.

At the international level, since 2016, multiple parliamentary initiatives have emerged that tend to criminalize the phenomenon and those that aim to establish responsibility in the companies where these contents circulate. The problem is usually the very definition of disinformation. In Singapore and Russia there are criminal prosecutions against those who spread false news. In Germany, hate speech, discrimination and fake news are regulated. In France, information during electoral periods is regulated.

The Inter-American System for the Protection of Human Rights establishes a tripartite test to determine the legitimacy of restrictions on freedom of expression to prevent disinformation, according to the sources of the study. This test consists of verifying that any restriction is prescribed by law; that is proportionate to the specific threat and that it is introduced only when necessary to protect other fundamental values.

Among the initiatives that can be undertaken by the media are the training of communication professionals so that they can detect false information. Also considered are fact-checking initiatives, which allow fact-checking, especially important in electoral periods.

Internet companies also have a relevant role. Among the measures that have been identified to address the phenomenon of disinformation are: the implementation of plans and programs aimed at alerting and empowering actors to detect fake news; the promotion of information about the phenomenon on their platforms and the development of technologies that allow detecting unusual movements of fraudulent users and accounts so that they can report them to users. Internet companies had been reluctant to take a role in determining truthful content, until the arrival of Covid-19, which made it easier for Facebook, Twitter and Youtube to make commitments against misinformation.

To know the study "Disinformation" carried out by the Department of Studies of the CNTV, click here.

No thoughts on “CNTV publishes bibliographic report on disinformation”