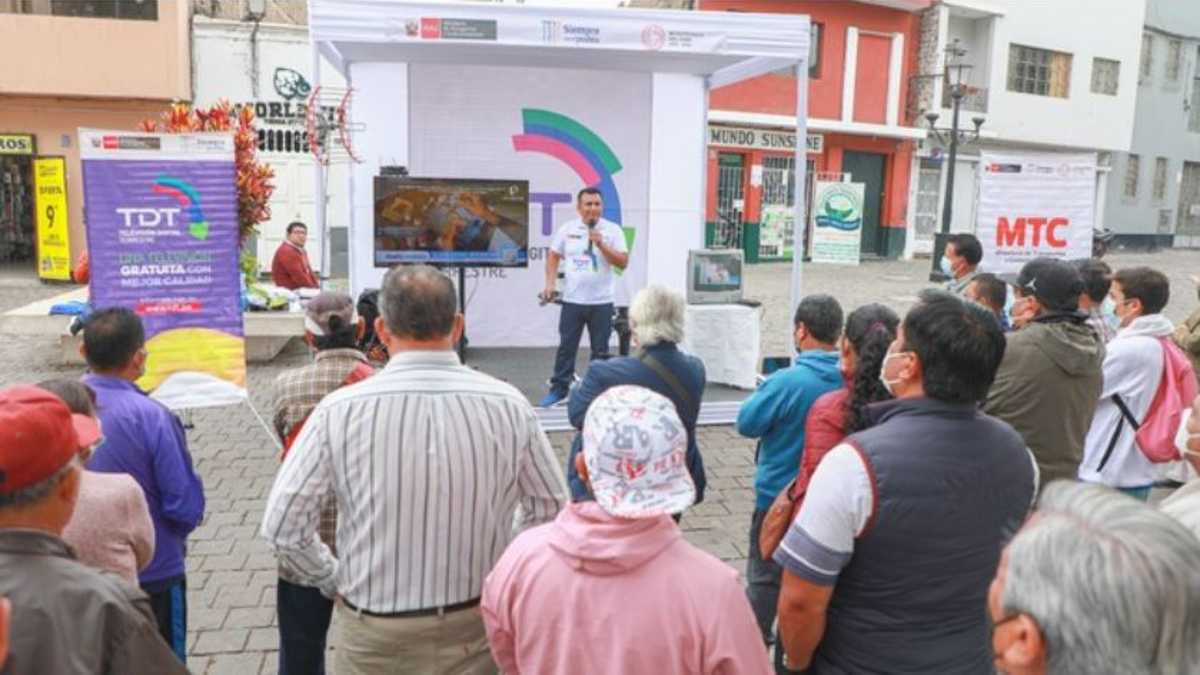 Peru. In March 2010, Peru began the implementation of the DTT digital signal in Lima and Callao, having as the first channel available on this new platform the state channel TV Peru. Currently, there are 109 stations that make their transmissions with digital technology simultaneously, that is, they transmit both analog and digital signal.

Arequipa, Piura, Cusco, Tacna, Chimbote, Chiclayo, Juliaca, Trujillo, Puno, Lima and Callao are some of the 19 regions that already have available this new free service that allows to offer its citizens a better image quality, in addition to numerous interactive services and reception on portable devices.

"The sector seeks to safeguard an adequate transition to digital terrestrial television, which is why it has modified the deadlines for transmission, with the aim of continuing its implementation progressively in all localities. The most important thing for us is that the population is informed and learns to use the benefit they already have available, "said the general director of Authorizations in Telecommunications, Miguel Hilario.

However, it should be mentioned that the definitive cessation of analogue transmissions will be a reality for television broadcasting companies, hence the importance of informing citizens of the availability and benefits of having a television signal much higher than the current one.