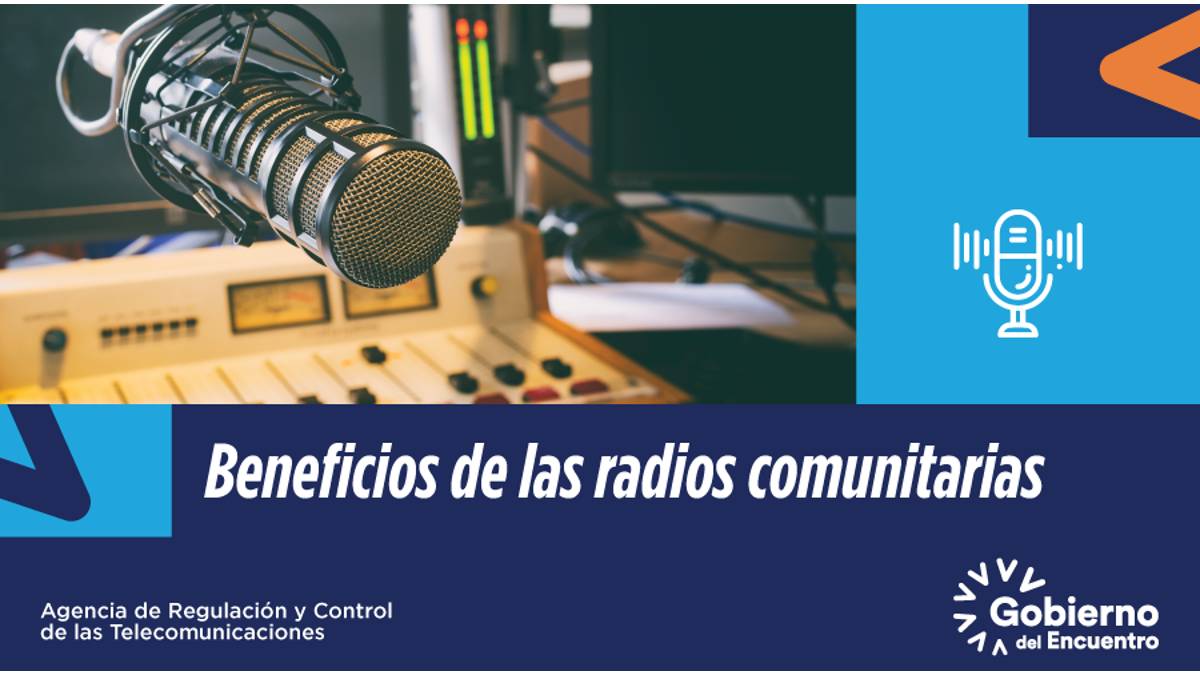 Ecuador. The Ecuadorian government conducted a virtual training for the media on the benefits of community radios in the promotion of educational programming and prevention on issues such as child malnutrition or gender violence.

Within the framework of this talk, Arcotel reported on the progress of the Competitive Public Process for community radios, including low-power frequencies, which will be carried out in three phases. In this space it was highlighted that the next contest will be exclusively for community media, with the aim of encouraging more organizations and communities to actively participate in these processes that allow democratic access to the media. Additionally, the inclusion of low-power frequencies will make it possible to meet the needs of better coverage in rural populations and small areas, where existing radios do not currently reach or have little reach.

Community radios have the ability to communicate and position positive cultural messages, health education, citizen security and even business opportunities in their populations. For this reason, the Secretariat of Human Rights and the Technical Secretariat Ecuador Grows without Malnutrition joined this conversation to encourage participants and those interested in the next frequency contest to make use of their spaces in favor of a communication that generates actions and reactions to the various realities that are lived.

For example, Samia Mármol, representative of the Secretariat of Human Rights, emphasized the priority that the Government of the Encuentro has given to gender equality and the empowerment of women, so they carry out the project 'Women from their own voices' that guarantees the participation of women in different media.

Andrea Yépez, representative of the Technical Secretariat Ecuador Grows without Child Malnutrition, called on community media to promote knowledge of this problem in society in order to generate change. "This is a social problem, which develops in our children and we have to empower ourselves as a media about this cause."

For Luis Yamberla, a Kichwa communicator who attended this conversation, community media are increasingly visible and have become an alternative. "We have to be in these spaces because we have the same capacity. We see that the State continues to work on strengthening and claiming rights."

On the part of the government, the Telecommunications Regulation and Control Agency, the Human Rights Secretariat and the Technical Secretariat Ecuador Grows Without Child Malnutrition participated.

No thoughts on “Arcotel promotes empowerment of community radios”