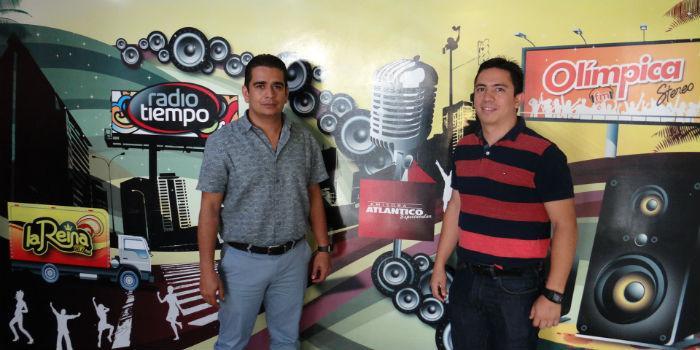 The Olympic Radio Organization is, by number of stations, the third largest radio station in Colombia. It operates 38 stations in 17 cities, including two in Panama. All have a technological coordination from their headquarters in Barranquilla.

There are five brands that the group has. Four on FM: Olímpica, Radio Tiempo, Mix and La Reina; and one more in AM: Emisora Atlántico, focused on regional news. He highlighted the head of Systems of the organization, that in most of the cities where they are located, the stations occupy the first places according to the audience measurement studies.

For 10 years the company has installed new solid-state transmission equipment, hybrids for HD radio and analog. According to Tulio Naranjo, supervisor of the technical department, always seeking to improve the quality of the signal to the air and have energy efficiency.

The engineering area of the station is divided into two departments: the first is technology, of which a team of 10 engineers is responsible for the equipment and systems for radio production up to the console. The second department is the technical department, with three engineers in the national direction, in charge of the infrastructure to get the signal on the air of the stations, in addition to the studies. Both departments have a technician in each of the locations.

For the acquisition of technology, the company relies on the standards that apply in radio stations in the United States. In addition, they always try to work with the same brands to make the operation of the systems easier and to be able to count on a stock of spare parts for possible repairs or maintenance, which are carried out by the station's team. Purchases are mainly made abroad, directly with the factories.

Closeness to your listeners
A characteristic that stands out to the stations of the Olympic Radio Organization, is that they try to have a direct contact with their listeners. Therefore, in almost all the venues the stations are on the first floor, with large windows and listeners can approach and see how radio programs are made and in some cases even interact with them through a microphone enabled on the street and that communicates with the studio.

To this end, the studios of the stations have been visually improved. In addition, they have begun to implement cameras to transmit video through social networks. Given the good result, they are thinking of implementing visual radio systems in some specific stations that have interesting content to watch.

That contact is complemented by a strong presence in digital media. For several years the stations started with their website, then included streaming and now have applications. Given the growth in this field, they created a department called Digital Unit, which unites people from the technical, IT and marketing areas, in order to look for alternatives to market digital products.

Tulio Naranjo added that "From the analog transmission we are also improving with a digital processing, with good coverage and quality of service, which allows the listener to stay in the traditional station for their audio and not migrate to ICT. This is the challenge facing sound broadcasting today. Even the Am station of the Organization also does digital processing, that is why it stands out among the others of AM".

Another tool that Olímpica uses in its stations is the RDS, which allows you to add complementary information that is published on the screen of the radios that accept this technology and makes it seem that you were in a digital environment. This implementation began in some locations but now they want to standardize it in all.

Finally, both engineers pointed out that among the projects that the group has, is to continue reviewing what news there are from remote transmissions, equipment with energy efficiency, improve audio quality, to continue at the technological forefront.

Luis Carlos Perdomo pointed out that from the digital point of view they are looking for ways to expand the advertising options focused on segmented spaces for various audiences. In addition, expand the stations that are exclusively of digital channels, as is the case of Clásicos Radio Tiempo, which arose after identifying that the classics in Radio Tiempo is one of the most listened to spaces.

No thoughts on “Olympic, analog audio with digital quality”