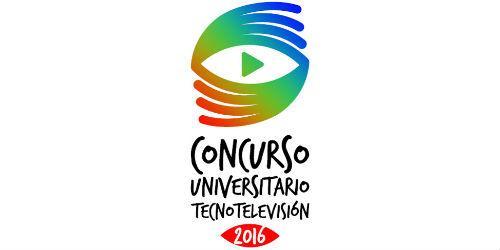 Colombia. The TecnoTelevisión University Contest invites you to participate in the voting to choose the winner in its 2016 version. Voting will be open until next Tuesday, October 11 through the website www.tecnotelevision.com

This year 30 works from different regions of the country were applied, reflecting a high quality of audiovisual production of future professionals in the industry. The five finalists come from cities such as Bogotá, Manizales, Medellín and Pasto.

Frontier: a path traced by the imagination
Isabel Cristina Henao
Mariana University
Grass
Juan Carlos Cabezas (23) is a person with dual nationality, after finishing his university studies he decides to go to visit his family who lives in Puerto Palma-Nariño, a place located on the Ecuadorian Colombian border where the situation of a town that has suffered the abandonment of the government is evident; after his visit, the question "Why do you decide to stay and live in Colombia?" begins to be answered.

M.47
Daniela Vargas Sanz
University of Manizales
Manizales
Martín is a young gamer, who after spending three days in a row playing, without eating or sleeping well and a blackout of light, ends up inside a video game. Now he is 'Agent M' and must finish the mission he was initially assigned: Recover a precious briefcase, which is in the hands of Hans Herzog.

Dreamed
John Alexander Arango
Technological Cesde
Medellin
What would you think if your dreams come true on the last day of your existence? Classic longings! I Dreamed is a long journey into the past in a small black paper plane.

My fucking guaca
Stefania Fernandez
Manuela Beltran University
Bogota
Gabriel is a peasant who decides to help a young woman dig up a guaca, she warns him that the person who has it should not waste it. Eventually they find this young woman dead. Gabriel seeing this is left with said guaca wasting it for a long time, how he was the last person with whom the young woman had contact blamed him for his death,  already in prison he can not stand the indifference of his family, see that he no longer had money and that many years in prison awaited him ... he decides to take his own life. Some time later Jorge Estrada a young man who had his childhood in that town decides to investigate more about the case of Gabriel, giving himself the opportunity to also meet said woman who asks him to dig up a guaca, it is at that moment in which Jorge has to decide whether to help her or not.

Borrowed Names
Heinner Rodriguez Silva
Externado de Colombia University
Bogota
Borrowed Names narrates the drama of false positives in Colombia from a particular case. A young man with just 19 years must work to support his daughter and wife, one day. One day he leaves his small town in a rural area to quote a job to a client, but it all ends up being a hoax.

To view the audiovisual pieces and vote for your favorite, click here.

The winner of the TecnoTelevisión University Competition will receive a production kit.