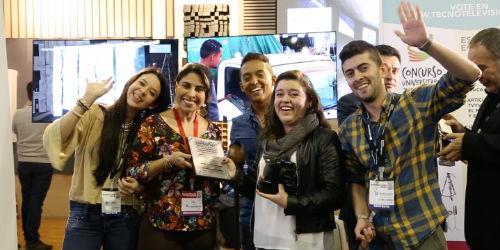 Colombia. With more than 15 thousand votes, the audiovisual piece entitled M.47, developed by a group of students from the University of Manizales, was the winner of the fourth version of the TecnoTelevisión University Contest in 2016.

M.47 tells the story of Martín, a young gamer who after spending three days in a row playing, without eating or sleeping well and after a blackout of light, ends up inside a video game. Now he is 'Agent M' and must finish the mission he was initially assigned: Recover a precious briefcase, which is in the hands of Hans Herzog.

Carlos Bejarano of Panasonic Colombia and José María Noriega, of Fluotec Mexico, were in charge of presenting the awards to the winners, in an award ceremony that was held within the framework of the first day of TecnoTelevisión&Radio 2016.

No thoughts on “M.47, winner of the TecnoTelevisión University Competition”