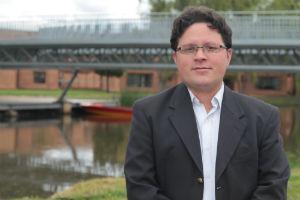 The expectations after the promulgation by the Colombian Government of the new Law for the Promotion of the Film Industry are many.

What benefits does it bring? How can producers take advantage of it? What repercussions will it have for Colombian cinema? These are some of the doubts that have been raised since the implementation of the bill.


The implementation of tax benefits and incentives for foreign producers who make films in the country is one of the measures that the Government hopes will have the most impact by generating investment and encouraging job creation, but what about Colombian producers?

To learn more about the real impact that this new regulation can have on the audiovisual industry of Colombia, TV and Video interviewed Jerónimo Rivera, Director of the Ibero-American Network for Research in Audiovisual Narratives (INAV Network) and Head of the Audiovisual Communication Area at the University of La Sabana.

This expert indicated, among other things, that the law will benefit foreign producers more than domestic ones; He also pointed out that the tourism sector will be one of the big winners by being able to exploit a new market niche.

TV and Video: What is your opinion on the new Film Law?

Jerónimo Rivera: Like the last laws passed in Colombia, this project also did not have enough discussion.

It is a law that complements 814 of 2003, as it establishes tax benefits for film productions. Specifically, this law aims to promote Colombia as a tourist destination and possible attractive location for large foreign production companies (basically Hollywood).

I believe that it is not a law that establishes advantage for domestic producers, on the contrary, in the spirit of NAFTA, it provides more attractive opportunities for foreign investors who want to save money making films in our country.

This, of course, is not entirely negative, but it is important for the public to know that it is not really a law supporting the national audiovisual industry.

TVV: How will the Colombian film industry benefit?

JR: Collaterally. The industry that could benefit the most is that of tourism, not in vain the Ministry of Commerce will be the one who chairs the Colombian Film Promotion Committee.

The great Hollywood productions will bring to our country not only the production teams, but a good number of national and foreign tourists who will want to live closely the experience of high-budget cinema and the city-locations will be able to be exploited more for the tourism of film fans.

There is no article in the law that specifically supports the national film sector and it is delicate that a differentiated regime is not established from the base budget that is required to access the benefits of the State, which puts our modest films and independent cinema from other countries in clear inequality compared to Hollywood blockbusters.

It is sad that the law, however, does not have any article that promotes the participation of national technical or artistic personnel in foreign productions, a model that has served to promote cinema in countries such as Mexico.

TVV: Of the benefits established in the law, which do you consider the one with the greatest impact?

JR: I think the one that has the most impact is the one that establishes a 40% consideration for investment in film services and 20% in collateral expenses for producers who make films in the country. Domestic and foreign high-budget productions have a great advantage with this article that will allow them to save on their investment or expansion in their budget.

The country's trade and tourism sector will allow it to improve its profits, because being known in the world for blockbusters such as "Pirates of the Caribbean", "Avatar" or "The Lord of the Rings" that have been filmed in locations outside the United States, it will attract foreign investment and a new modality of tourism hitherto unexplored.

Another positive article, although of less impact, establishes that filming is not a public spectacle, which serves to save our productions on taxes and procedures.

TVV: With the current panorama of audiovisual production in the country, was there a lack of such a law?

JR: I think it was not necessary for the audiovisual sector, although it is a great help for tourism. Enterprising producers, however, have the opportunity to expand their borders and contacts to try to do high-level business; but this will be a personal task and not protected or promoted by this law.