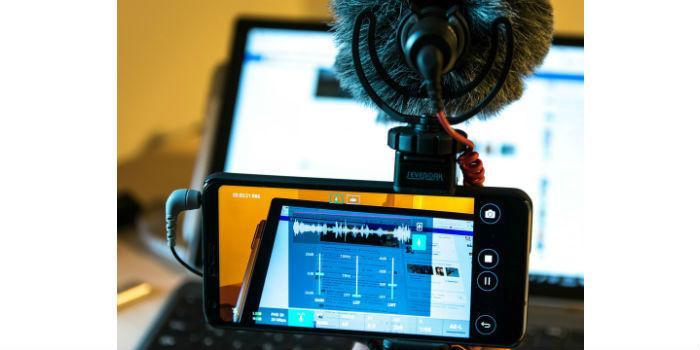 58 works were submitted to the 2017 version of the TecnoTelevisión University Contest. The winner will be announced on November 15 within the framework of TecnoTelevisión&Radio.

The TecnoTelevisión University Contest has become the best opportunity to know the way our young filmmakers narrate, their concern for the great social and human issues and the way in which from their perspective they record this era full of complexities and changes. With this starting point – as jurors of the Contest – we wish to present a brief account of what was found in this new version.

In general there are good stories, good performance, desire to inform in some cases and to express oneself in others. Dynamic cameras that surround characters, landscapes and objects. You advance art design concepts when you think about every detail. Also in the lighting and sound concept. Although they are university productions, it is evident that they know how to work without any doubt for positions and functions. They are well determined, they demonstrate professionalism in each audiovisual product exhibited. We work from different genres and formats but we still need to experiment with these to achieve innovative audiovisual inventions from the content, narrative or audiovisual language.

There is a desire to show how love, passions and human conflicts change. The Colombian conflict appears and what has been experienced by violence is told and there is a novel change in the way peace is approached from a genre of Colombian television such as tragicomedy, assumed by young people making us reflect on what this change will mean In other cases peace is put on screen in long testimonies that do not go to the short statement but to the long reflection of the that has happened, without actions and visuality, a fact that does not allow us to understand the problem of violence. The victims are given the floor but the video resource is not used to show evidence of what it means to be calm and face new challenges and paths. There are moments where the disappeared are shown, their pain and how difficult it is to forget.

There is concern for the issue of the environment and biodiversity that is seen in beautiful landscapes, which allow contemplation from various angles and perspectives. But cases of environmental abuse and the lack of control of the state and citizens for preservation and conservation can be addressed more. Likewise, the cultural richness is shown from the video clip. Very well narrated and with a good handling of art design, acted and with good sound management. The music that for the most part is original. Very expressive videos are achieved, where you can see the desire to experiment, from seductive images that cause you to see and identify with what you have seen. Mixing these with reality managing to be very attractive visually.

There were moments of what was seen for the inclusion of people with sensory problems (blind and deaf people) every time testimonies were seen told from sign language, very innovative. But it was possible to inhabit the lives of the protagonists to show them in their universes, in their daily lives in order to enter their lives and put their soul on the screen.

In conclusion, this exhibition showed the sensitivity to narrate of the young university students of our Nation with an enormous desire to narrate and a felt need to tell the present and the past. These are memories and will allow us tomorrow to easily interpret an era from the young perspective and its clear purpose of representing the country. The TV and Video contest is then the best showcase to tell, tell and express Colombia. It will dawn and we will see who are the winners and who do not thank you, for participating in the audiovisual construction of the memory of this great country.

It is worth noting that the 58 works nominated for the 2017 edition of the Contest come from 22 different cities that represent all regions of the country, both in the main and intermediate cities where more and more audiovisual production begins to be made.

The winner of the TecnoTelevisión University Competition received:
Recognition plate
Article in the magazine TVyVideo+Radio highlighting the profile of the winners and the work
A technical kit worth 10 thousand dollars that includes:
Panasonic AG-UX90 Camera
E-Image EG03AA Tripod
SkyPanel S30-C by Arri.

This is the winning work of the TecnoTelevisión University Contest 2017:
Entropy
Luis Felipe Montoya Varela
Technological University of Pereira
Pereira
Diego Durango in his practice as a teacher takes his students to one of the best academic outings of his program, but the mountain leads him to embark on a different path, another version of his disappearance 10 years ago

No thoughts on “Narrative sensitivity of our university students”