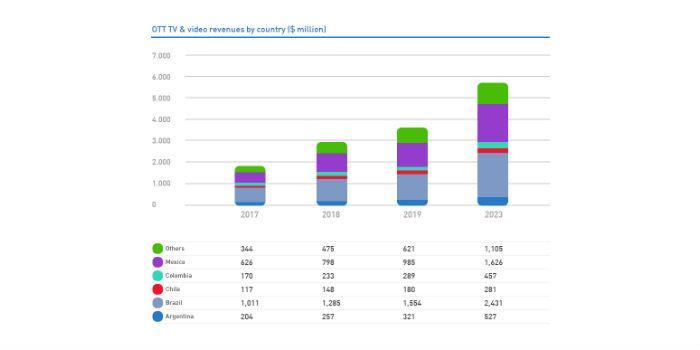 Only a few years ago content distribution (except in American studios) was primarily a local activity. After screening a film in the theater, it was distributed on DVD, TV and to local distributors such as cable operators; Sometimes a great success managed to reach some international countries.

The main reasons for this are:

2.    On-demand viewing is dominated by large international OTT platforms. Netflix paved the way, but Amazon has also grown rapidly and Apple and Disney are about to launch globally. Many more are coming in the coming years.

3.    Where Netflix and others used TVOD or SVOD as their main business model, the next wave of growth will come from AVOD platforms. Advertising money that will no longer be on TV will find its way to the new AVOD platforms.

All of this may seem like a problem for content producers who used to make almost 100% of their money in their home country, but internationalization also brings with it opportunities.

1.    Localization and distribution costs are decreasing.
Translating a film into 7 languages makes it accessible to 85% of the world's population and can be done for about $10,000. The technical costs for the distribution of content on global platforms are minimal.

2.    A good story is a good story. Netflix's success has also shown that good stories have global appeal. Casa de Papel and Dark are just two examples of great international hits that are not from the United States. People love good stories and don't care where they originate from.

So content producers are in a good place. Here are two things to consider in order to fully benefit from international possibilities.

1.    Think globally as you produce. Keep in mind that your story will be seen by a global audience. Think about the translation on time. Think about naming. Think about your marketing

*William Linders, CCO ODMedia Group, is an expert in executing international growth strategies, contributing to the development of the business and being part of the general management of the ODMedia Group. In his career, William has held various senior management positions at KPN, Endemol International and Foxmobile. In recent years he has been responsible for Content and Programming at VodafoneZiggo, including channel distribution and large studios, VOD and Premium packaging and content operations.

No thoughts on “VOD is changing rapidly”