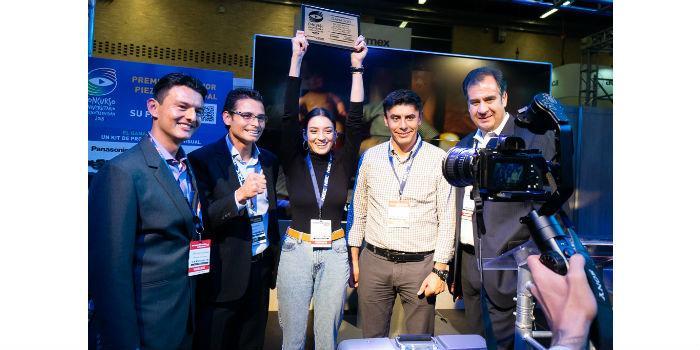 Curupira, the audiovisual piece presented by Isabel Gómez, a graphic design student at the Pontifical Bolivarian University of Medellín, received the most votes from the TecnoTelevisión University Contest and was the winner of this contest in 2018.

The synopsis of this short film describes him as: "Curupira carries out his daily activities in the jungle, he maintains order. And the activity of it, both for animals and plants. However, there comes a surprising day in which the city has invaded the jungle, a city full of chaos, hatred, technology and pollution; unfortunately La Curupira has been trapped in the concrete city while its jungle awaits it below it. It doesn't take long for him to realize that his place, the jungle, must be above again, and he organizes revenge."

In conversation with TVyVideo+Radio, Isabel Gómez stressed that the idea of the short film arose from the intention of making an audiovisual work that was related to the mistreatment of naturaliza. Investigating and going to the roots, they came to the Amazon and the spirit of the jungle called La Curupira, which takes care of the jungle and punishes all those who do not know how to treat it.

"We wanted to work on this issue because at the moment it is very important and we are very motivated by the environment. After the development of the story, we met the whole group to do the script, the storyboard and the animatic. To make the scenes we divided the project according to the skills of each one, illustration, animation, special effects, and we had an external participant who was in charge of the music, "said Isabel Gómez.

All are students of the undergraduate degree in Graphic Design at the Universidad Pontificia Bolivariana, in Medellín. The work was done for the animation module. It is a group that stands out for being very diverse and having an interest in the audiovisual subject, animation and illustration.

According to Isabel Gómez, the project was carried out between March and June 2018. At the end of it they knew the call for the Contest and decided to participate. After being finalists, they went to family, friends and social networks, to promote the vote. They also had the support of the University, which helped in the outreach.

"Promoting the vote, we were showing the short film, because our intention was also for people to see the video. It was very gratifying because the message of the short film reached many people: nature has its rights and it claims them itself," she said.

Isabel Gómez was present in Bogotá and received the prize from the sponsors of the Contest:

The director of the short film said that with the production kit they received when they won the TecnoTelevisión University Competition, they are interested in exploring the mixtures they can make between animation and audiovisual, taking advantage of the different talents that are within the winning group. He assured that "There are very interesting things that can be achieved with the equipment plus the graphic knowledge."