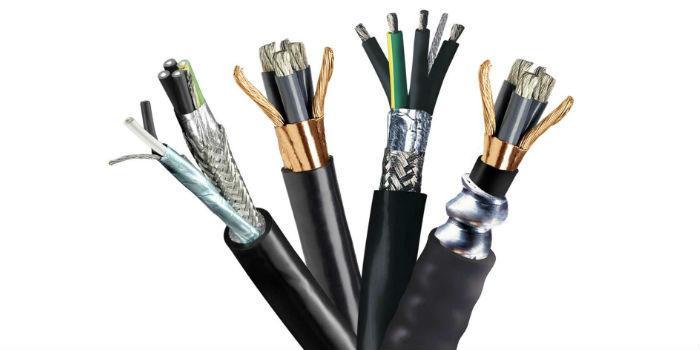 Most transmission and video facilities use data cables. In fact, some professionals say that these applications will eventually consist solely of data cables.

At first glance it is difficult to see what this cable does differently. It still looks like a coaxial cable. But what happens under the cable jacket is what really makes the difference. There are five factors that establish this new 4K coaxial cable design as a separate case:

1. Silver-coated copper conductors
It's easy to compare Belden's new 4K coaxial cable design with other coaxial cables. Just compare them side by side. Remove the jacket, foil, mesh and dielectric, and examine the conductor. The central conductor looks different, it's not even copper. Instead, it is silver copper. Silver is the best driver; its use reduces the resistance of all signals and is especially effective for those high-frequency signals that travel the surface. Due to the "skin effect", it is important to make sure that the driver's surface is as perfect as possible. On all of our digital video cables, the central conductor surface has a mirror finish. On this 4K cable, it's a layer of silver with a mirror finish.

2. A mixture of plastic and air bubbles
In coaxial cable, the dielectric is made of a combination of plastic and air bubbles (nitrogen, actually - much more accurate than regular air). Known as "foam polyethylene injected with nitrogen gas," the amount of nitrogen impacts the speed of the signal traveling down the wire, called the Propagation Velocity (Vp). It may seem that adding air would result in a soft plastic (and it could if you don't know how to do the gas injection). But the result in the Belden factories is really a hard material. This keeps the central conductor in the center of the dielectric, essentially to maintain the impedance of the cable (for video coaxial, the impedance is 75 ohms). A soft and soft material would mean that the manufacturer does not know how to make "Injected/Foamed Gas" very well. This hard material is called "high-density hard cell nitrogen with injected foam." If you're comparing wires, simply squeeze the dielectric of each wire with your fingers.

4. Shield sheet attached to the core
Together, the central conductor and the surrounding dielectric make up the "core" of the cable. On the core goes a leaf protector. In the past, this first protector was left loose, wrapped around the plastic core. But the new 4K coaxial cable design attaches the foil to the core. With one-piece BNC connectors, the loose foil can become crumpled as the connector pushes it, otherwise it is done correctly, making the connection bad. With the sheet attached, "wrinkle" is not possible. In addition, the attached blade stabilizes this layer so that it cannot move. And this also stabilizes the impedance of the cable, which is determined by the distance from the central conductor to this layer of sheet. The BNC slides perfectly, making a quick connector even faster.

Belden's new 4K coaxial cable has only two things in common with its predecessors. First of all, both versions are the same size. This was achieved by keeping the same Vp at 83%. Keeping the same dimensions as the previous version allows you to use existing connectors with this new cable. Secondly, the cables have the same PVC jacket. The printing legend is different, of course, as the new cable is marked "12GHz 4K UHD." But that's where the resemblance ends!

Cable mesh operation
After the first sheet, comes a braided layer with a coverage of 95% - the greatest possible coverage in a single mesh. Improving braiding performance is one of the most difficult aspects of creating a new 4K coaxial design. If you look at the impedance of the cable (return loss), the old designs have a lot of peaks at different frequencies. These are caused by the dimensions of the braid, the relationship between the individual conductors, how the cable braids weave together, the angle at which they intersect each other (braiding angle) and many other factors. These peaks were often found at very high frequencies. Most HD cables stop at 3 GHz (or 4.5 GHz for 1080p/50-60). If the peaks were higher than those frequencies, then they didn't matter. There was little sign higher up, so we ignored them. But now, at 6 GHz or 12 GHz for 4K – and finally 24 GHz or more for 8K – we have signals where the peaks are. We can no longer ignore them.

The simplest way to deal with these spikes is to simply move them up in frequency. The problem: when we revisit this for 8K, those spikes will be there, bigger than ever, and much harder to deal with. With these new designs, we have been able to test the meshing machines and mark them for the most suitable cable type – some for 6 GHz, others for 12 GHz. Even these braiders, which are quite old machines, are entering a new era of precision and quality.

Below is the performance resulting from the loss of return of one of Belden's first 4K cables. The green stroke shows a typical cable return loss at 12 GHz. The red line on the result of the green sampling is a guarantee of loss of return. No cable will be worse than those red values. The blue line represents the limits suggested by SMPTE for return loss. There is a peak at 9.5 GHz approx, which is -20 dB return loss (99% of the signal passes and 1% is reflected). The rest of the cable is between -30 dB and -40 dB return loss.

The advantages of the "Tri-Shield"
Now, again let's go back to the design of the new 4K coaxial cable. On the cable braid we just talked about is another sheet (foil). This aluminum foil is called a "tri-shield." Like the other foil, it is also glued. In this case, it is attached to the lining. When we strip the cable of this jacket, the first leaf comes out with it. Most installers didn't even realize it was there. But this gives it a high shield efficiency - better than 120 dB of noise rejection. This is especially effective for long-distance cables. For smaller cables, we could go back to a single sheet, attached to the core and a mesh on it. That will make it a little more flexible, and people expect flexibility from small cables. In addition, small cables do not go that far, and are often used in rack-to-rack cabling, so the possibility of noise and interference is reduced again. A tri-shielding might not be as effective for these cables.

If you have questions or comments, please contact me at steve.lampen@belden.com or our colleagues in Latin America (juan.cortes@belden.com)

*Steve Lampen joined Belden in 1989, currently a product manager for broadcast. Prior to Belden, he worked as an engineer in radio, film and television. It has FCC license, SBE and BICSI certifications. In 2011 he was named "Best Educator" by the Society of Broadcast Engineers. His book "The Audio-Video Cable Installer's Pocket Guide" is published by McGraw-Hill. Follow him on his blog www.belden.com/blog