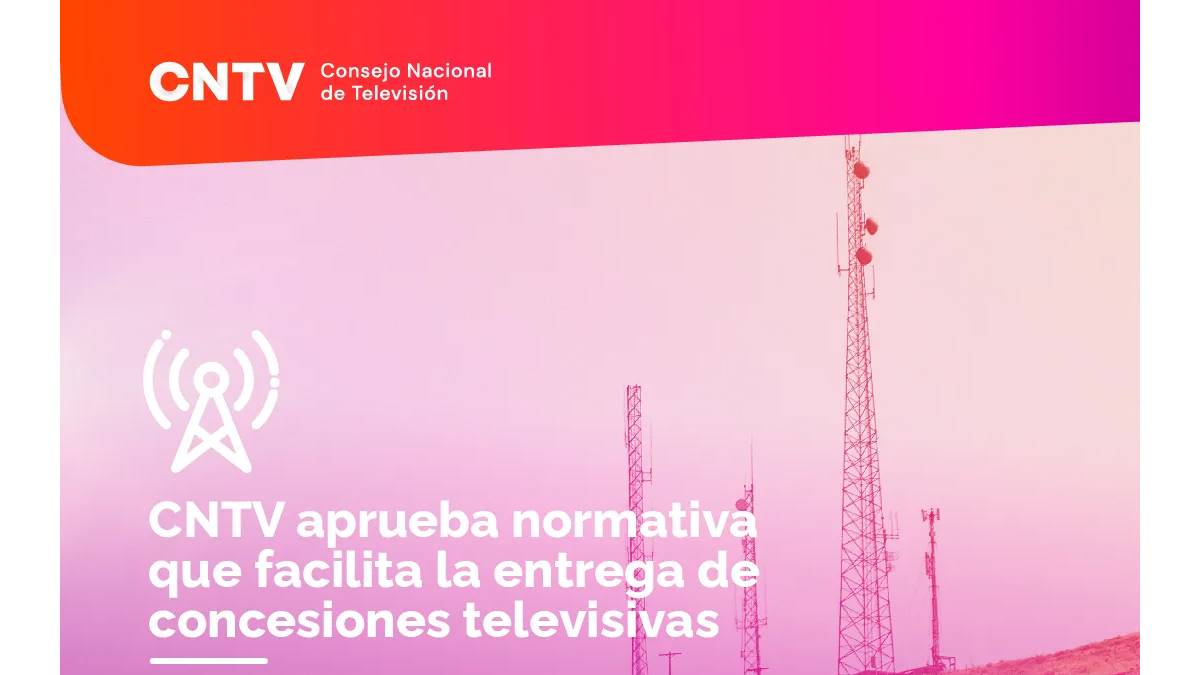 Chile. The National Television Council of Chile, CNTV, approved the new "Procedure for the granting of digital television broadcasting concessions with third-party media."

With this new regulation, television channels will be able to share part of the radio spectrum and its technical infrastructure by making their secondary signals available, making other channels, such as community channels, among others, to be concessionaires and transmit their signals to the air.

By law, all TV channels that are broadcast free of charge on the air must have a concession granted by the CNTV. This allows a rational use of the radio spectrum, that is, it takes care of the real physical space available to transmit television signals. Since the implementation of the Digital Television Law, in 2014, digital television concessions allow a better use of radio space. This means that through a concession more than one signal can be obtained, which in turn allows the possibility of expanding the offer of signals to new participants.

With the approved regulations, the channels will be able to use the spectrum and infrastructure of other existing concessionaires, which reduces the barriers to entry into the system and aims at the democratization of the radio spectrum.

"This is very good news for the television sector in our country, especially community television. With this new regulation we seek to improve opportunities and the right of citizens to communication, opening the radio spectrum to a greater diversity of concessionaires and contributing to pluralism and freedom of expression. This is part of a sustained work that we began with the creation of the Community Channels Table, which seeks that these fundamental actors have a greater space in the social conversation, "said the president of the CNTV, Faride Zerán.

To carry out this procedure, in the first place, concessionaires with their own means must publish the offer on their website or in a newspaper of national circulation, within a maximum period of 90 calendar days from the publication of the standard, with the evaluation criteria to share their resources. This call must be public and non-discriminatory, which will be required by CNTV.

Legal persons interested in obtaining a concession with third-party means must apply to the National Television Council. The requirements will be different depending on whether or not the applicant has the status of a television broadcasting concessionaire at the time of application.

For the elaboration of this regulation, the CNTV carried out a public consultation between December 2021 and January 2022. Based on this citizen consultation, we worked on the final procedure with the conditions to establish "public and non-discriminatory offers" on the part of the holders of digital TV concessions.

No thoughts on “Chile facilitates the delivery of television concessions”