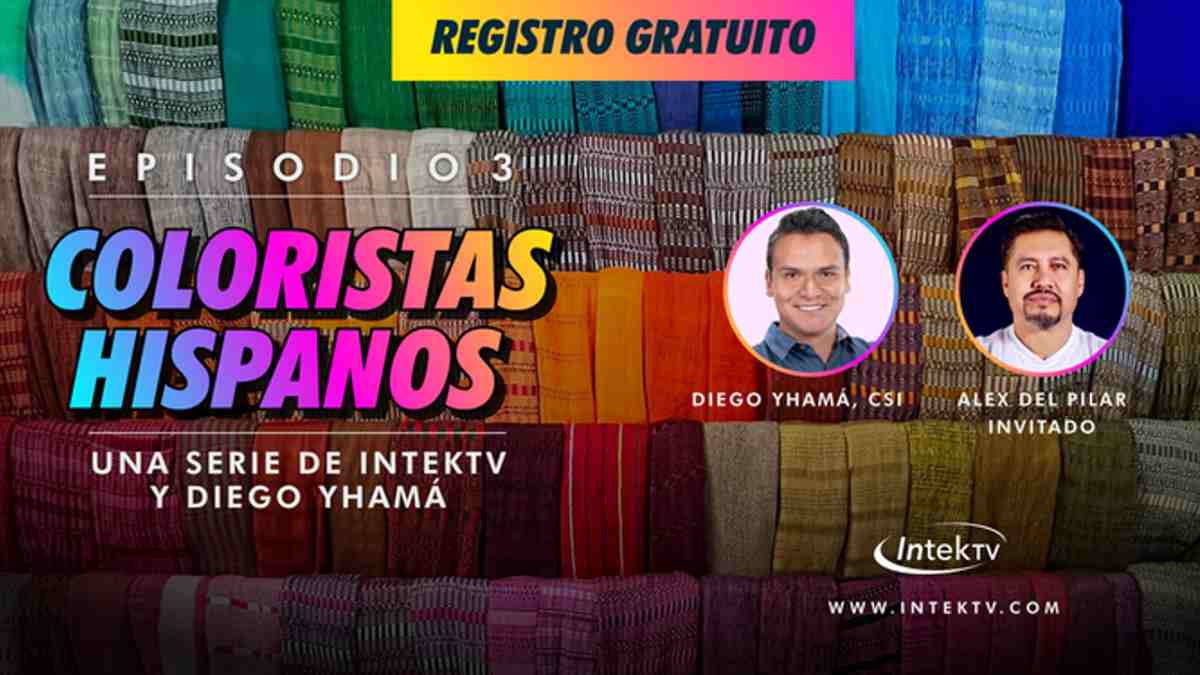 Latin America. Due to the reception that the first two episodes had in 2022, IntekTV announced that it will continue to produce this series of interviews in Spanish about the magical world of color grading.

"After the first two episodes we received many messages from colleagues, fans and educators asking for details about the upcoming dates and also from colorists who would like to participate in the series. That is why we have decided to continue with this initiative with 5 more episodes during the year completely free of charge for all attendees, "said Mabel Mompó, COO of IntekTV.

Diego Yhamá, Master Trainer DaVinci Resolve, is the host of Coloristas Hispanos. Mompó pointed out that "Diego is an artist of color, passionate about his work and our Hispanic roots. No one better than him to present this series that is inspired by our colorists and created for them."

The third episode will feature Mexican colorist Alex Del Pilar, who has worked on projects such as Temporada de patos (2004) by Fernando Eimbcke, El violín (2005) by Francisco Vargas, Te prometo anarquía (2015) by Julio Hernández Cordón, Made in Bangkok (2015) by Flavio Florencio, Recuperando el paraíso (2017) by Rafael Camacho and José.

The first episode had as a guest Laura Larrosa, Argentine colorist with 15 years of experience and the talk was around her most recent experience in the colorization of the emblematic series Santa Evita. While the second episode was with Elena Humanes and Luis Ochoa as guests, talking about their new colorful series for Netflix La Noche más Larga.

Both episodes already have more than two thousand views on IntekTV's YouTube channel.

"At IntekTV we want to be the engine that empowers the audiovisual storytelling skills of our content creators with state-of-the-art tools, such as the DaVinci Resolve Studio and its colorization and editing panels.

Coloristas Hispanos "is the educational space we have developed to get to know our colorists, their work processes, techniques, projects and life experiences," concluded Mompó.

To register for upcoming episodes and receive all the information that will allow you to connect to the live stream:
https://www.intektv.com/coloristas-hispanos

No thoughts on “IntekTV prepares its third episode in Coloristas Hispanos”