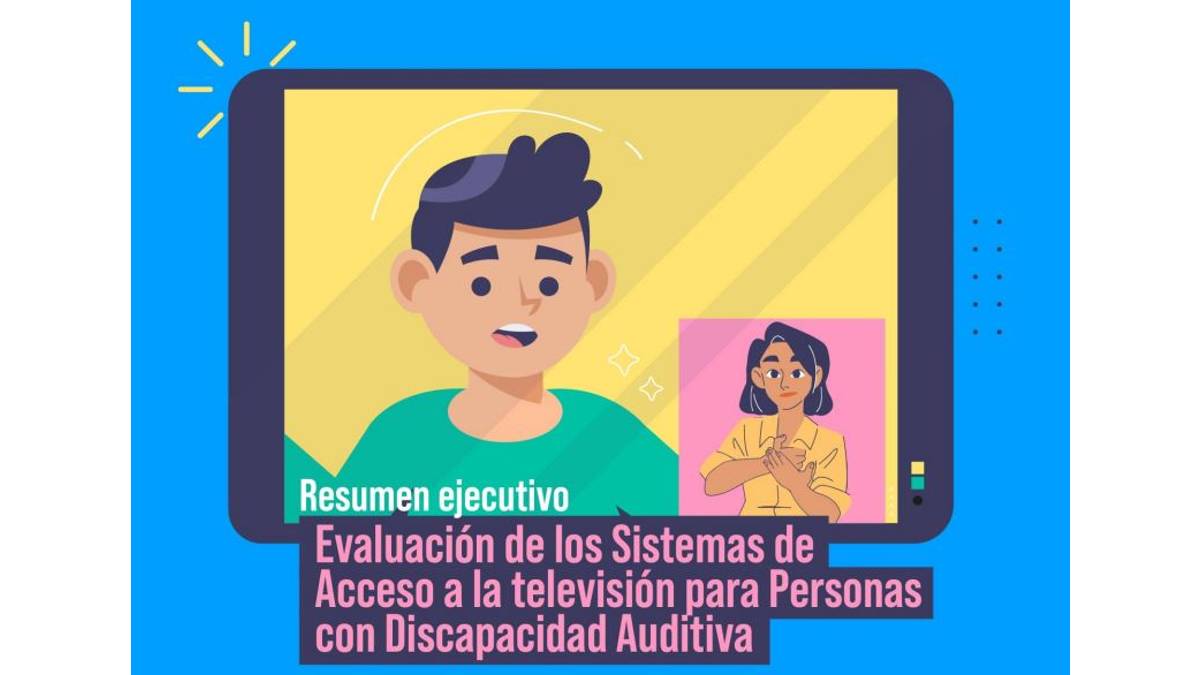 Colombia. To know the perception of the population with hearing disabilities about access to television service, as well as the experience of implementation of these systems by operators, the Communications Regulation Commission, CRC, presented a study carried out in 2022.

The study, Impact of Open Television Access Systems for the hearing impaired population in Colombia, was carried out with the support of the Econometría consultancy, surveyed 1,245 deaf and hard of hearing people and developed 23 focus groups from 14 metropolitan areas of the country, thus comprising a representative sample of the population with hearing impairment in Colombia. which according to the National Survey of Quality of Life of DANE is 459,784 people.

Among the systems of access to television, the best rated by this population was that of subtitling, since 84% of the people surveyed and interviewed indicated that subtitled programs were more effective in transmitting messages. It is followed by closed caption (CC) or hidden text, with 72% positive rating; and, finally, interpretation in Colombian Sign Language (LSC), with 67%.

Regarding the characteristics of subtitling, deaf and hard of hearing people considered the size and font relevant. Regarding the closed caption, they also pointed out the relevance of the color of the text, the speed with which it is displayed and the identification or not of sound effects in the text for the understanding of the messages.

Regarding subtitling and CC, the population consulted agrees that the compression of the contents depends to a large extent on the level of reading competence of deaf people. The effectiveness of the system can be hindered by factors such as speed, spelling, the use of punctuation marks or the inclusion of cut words or signs to replace some content.

With regard to Colombian Sign Language (LSC) interpretation, the most relevant characteristics are the size of the interpreter's box, the clarity of his image and the dress code. Those consulted declare themselves satisfied with the system; However, some consider the clarity and completeness of the information to be lacking, and suggest that the box be larger.

These results indicate that the adoption of technical minimums in regulation could have a positive impact on the effectiveness of the systems.

The first release of the study was on CRC's YouTube channel on December 15; and broader socialization will take place in the first quarter of 2023.

"The results obtained in this study, together with the analyses made in the regulatory project of Review of the measures on access systems for the population with hearing disabilities, foreseen in the Regulatory Agenda 2023-2024, will allow us to identify the needs and relevance of establishing provisions aimed at guaranteeing adequate and effective access to the contents of the different grids and time slots for the population with hearing disabilities in Colombia. Additionally, a fundamental input will be the suggestions that were provided directly by these people, "said José Fernando Parada, commissioner of the Audiovisual Content Session of the CRC.

No thoughts on “CRC presented study on hearing impairment and TV”