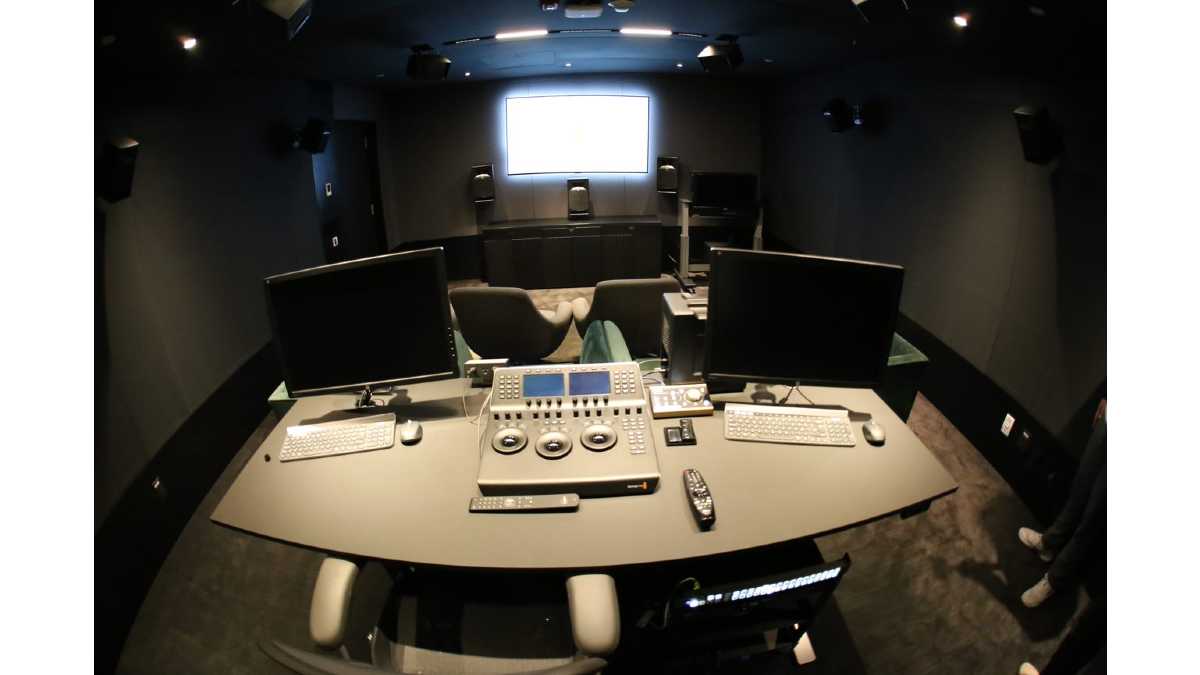 The integrator Creatio was in charge of the project that adapted four rooms in an important production and streaming company in Mexico.

Mexico is one of the benchmarks in audiovisual production in Latin America. Therefore, for companies that are in the country it is essential to have the latest technology that allows them to facilitate their work on a day-to-day basis and respond to the increasingly demanding demand in terms of quality of productions.

That's why a major streaming company executed the integration of post-production rooms and meeting rooms. For this project, the company Creatio was designated. TVyVideo+Radio spoke with the representatives of the integrator, Yony Guzmán, Director of Operations, and Erick Macías, Marketing Manager, who told details of the intervention.

They explained that the project included the equipment, configuration and commissioning of four special rooms for review, editing and projection of audiovisual productions, one of them with equipment for videoconferencing. Its purposes are mainly the video editing of the series and movies produced, to provide a last check, make color evaluation and images. It was a new construction and installation and each room linked:

Audio editing room
In this room the user will have at hand a digital console of 16 channels with a pair of monitor-type speakers, for content testing will have a digital audio system Dolby Digital 11.1 channels with 11 speakers of 5 "monitor type and a Subwoofer of 12 "all powered by two amplifiers of 600 watts per channel, It has 4 equipment for analog equalization of audio signals and a professional audio interface to manage signal processing using ASE67 and Dante protocol; for the management of editing programs the user will also have a work PC with visual support of 3 monitors of 27 "in his workstation in addition to an OLED monitor 65 ". This room also has a video conferencing system with PTZ camera. 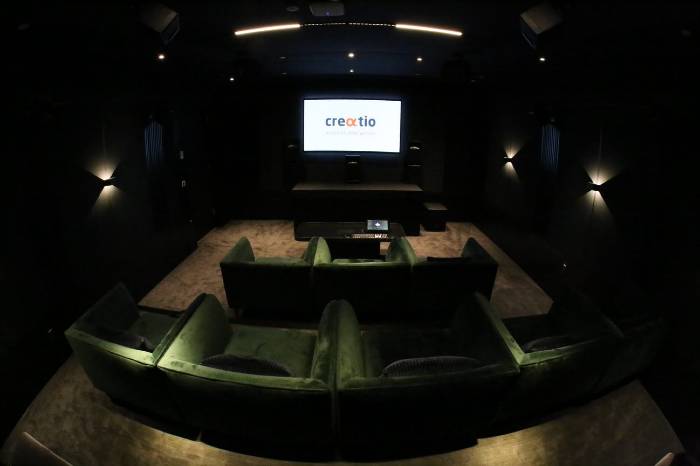 This room is equipped with an audio control interface dedicated to the review of audio synchronization of audiovisual productions through the DANTE protocol, also has a work PC for the execution of programs dedicated to audio and video editing, for the latter, it has visual support of 3 monitors of 27 ", One of them has "True Color" technology for editing and reviewing material in a professional way, additionally has a 65 "LED monitor; The system installed in this room is 3.1 channels powered by 2 amplifiers of 200 watts per channel.

Technical review room
The video system of this room has a work pc dedicated to the review of productions, two 27" monitors, a video console and a professional 31" monitor for cinematographic grade video review 4K resolution; It also has a 65" OLED monitor and two 55" OLED monitors. The audio system is managed by a 13.1-channel Dolby Digital work PC with 10 5" monitor speakers, 3 8" monitor speakers and a 12" Subwoofer all powered by two amplifiers of 600 watts per channel, managed by a matrix with DANTE protocol and AES67.

Presentation room
The room has a 13.1-channel Dolby Digital system with 10 5" monitor-type speakers, 3 8" monitor-type speakers and a 12" Subwoofer all powered by four amplifiers of 400 watts per channel, managed by an audio processor that manages sources with DANTE and AES67 protocol and controls the devices in the room. The video system has various sources such as bluray, streaming video and working pc; It has a 65" monitor with OLED technology and a touch control panel for room automation.

Other technologies
Creatio representatives highlighted that the audio editing, audio correction and technical review rooms have a KVM system with fiber optic distribution, which allows the control switching of the different work PCs, so no matter in which room you are, you can view and control any PC in which you want to make changes. 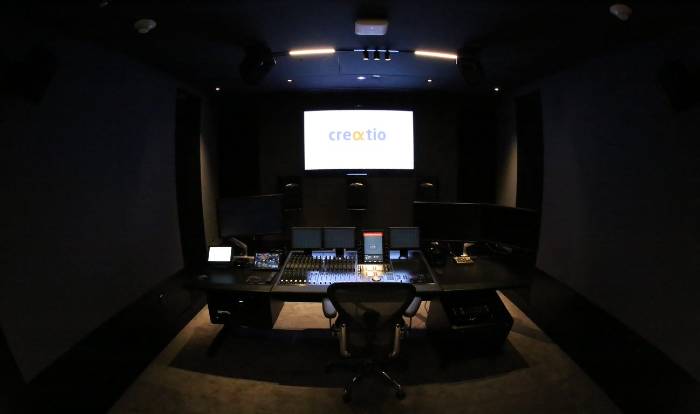 In addition, the digital print review room has equipment for videoconferencing as well as lighting that emulates daylight and different color ranges for print review.

The offices also have a boardroom with videoconferencing equipment with a 90" monitor, nine dedicated rooms for videoconferencing and equipment of ambient audio system in looby and toilets with source control through a touch panel installed in wall; In addition to a digital signage system type cinema billboard in lobby consisting of 3 monitors mounted vertically 65 ".

All special and collaborative rooms have a scheduling system.

Yony Guzmán and Erick Macías stressed that both the technologies and the brands used were proposed by the client, to which they gave complete follow-up, starting from scratch in each of the rooms.

Finally, on the results obtained, the representatives of Creatio stressed that "this project took us a little out of what we have commonly installed since they are equipment for a very special operation, the challenge was great but totally overcome. User satisfaction is complete, the rooms work perfectly and no complaints have been received. This has led us to do some up-selling and cross-selling."

No thoughts on “New post-production rooms”