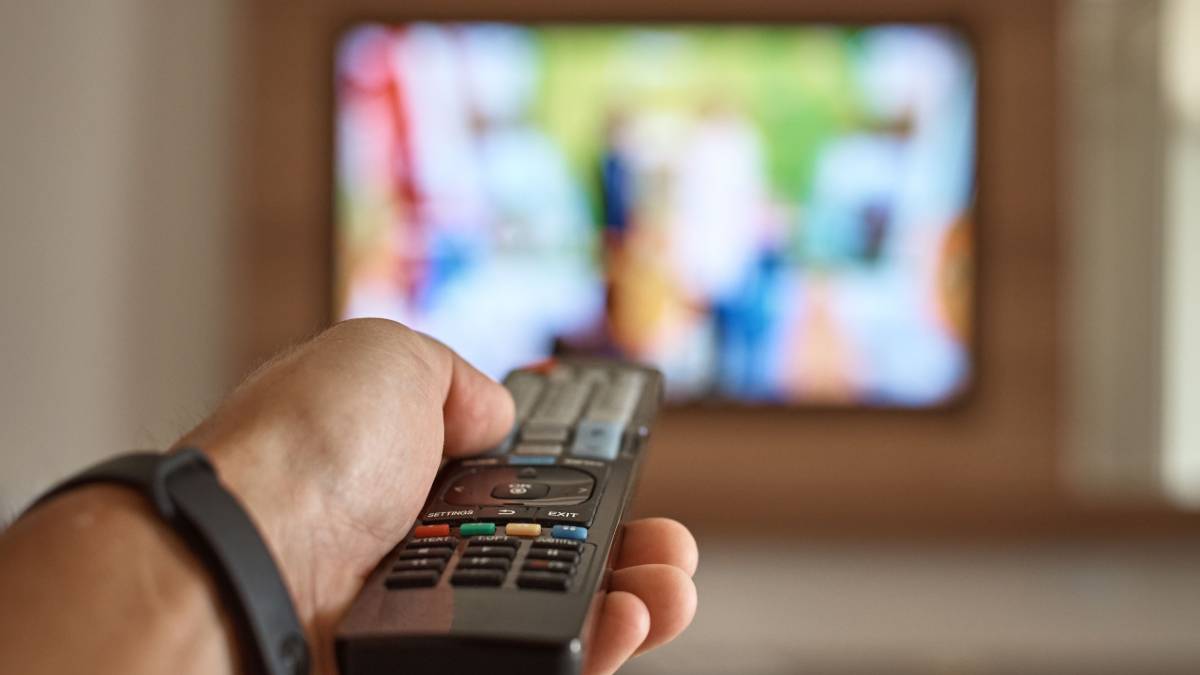 It is estimated that in Mexico there are 40.3 million people aged six years or older who use radio, equivalent to 34.4% of the population that used information technologies. They did it 2.5 hours a day.

The National Institute of Statistics and Geography, INEGI, in collaboration with the Federal Institute of Telecommunications, IFT, presented the results of the National Survey on Availability and Use of Information Technologies in Households, ENDUTIH, 2021. The purpose of this survey is to obtain information on the availability and use of information and communication technologies in households and their use by individuals aged six years and over in Mexico.

This provides data to support decision-making on public policies. It also offers elements of analysis in national and international studies for users interested in the subject. Here are some of the most interesting results.

On the reasons why users did not watch open television, it was estimated that: 78.5% are not interested or do not need it; 13.6 % does not have any device or device; 5.0% stated that there is no service in their locality; 1.1% did not see her due to a physical or mental disability and 1.8% indicated another reason. 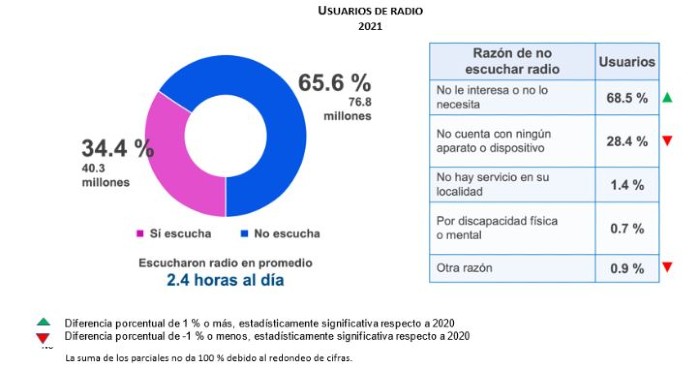 Radio
It is estimated that in Mexico there are 40.3 million people aged six years or older who use radio, equivalent to 34.4% of the population that used information technologies when taking as a reference the week before the application of the survey. By contrast, 76.8 million people said they had not listened to radio in the same reference period. People who listened to radio did so, on average, 2.5 hours a day.

Internet
The ENDUTIH estimated that in 2021 there were 88.6 million internet users, representing 75.6% of the population aged six and over. This figure revealed an increase of 4.1 percentage points compared to 2020 (71.5%).

89.2% of users connected every day of the week and 10.8% connected at least once a week or less. With respect to 2017, a growth of 8.1 percentage points was observed in those who connected daily.

It is estimated that between 2020 and 2021, households contracted 5.5% more internet packages, while pay-TV packages and those that include fixed telephony were contracted 1.5 and 1.0% less, between both years.

Other statistics
Computer: In 2021, 37.4% of people age 6 and older used a computer. The difference from 2017 is 7.8 percentage points lower. People six years and older who use the computer outside the home decrease year by year. Currently, this group is 6.9 percent. The group that uses it at home did not present significant variations from 2017 to 2021. This represents 30.6% with respect to the population indicated.

Cell phone: Cell phone was one of the technologies with the highest use among the population. The survey estimated that, in 2021, there were 91.7 million people using this technology. This represented 78.3% of the population aged six years or older.

No thoughts on “Mexicans watch 2.4 hours of TV a day”