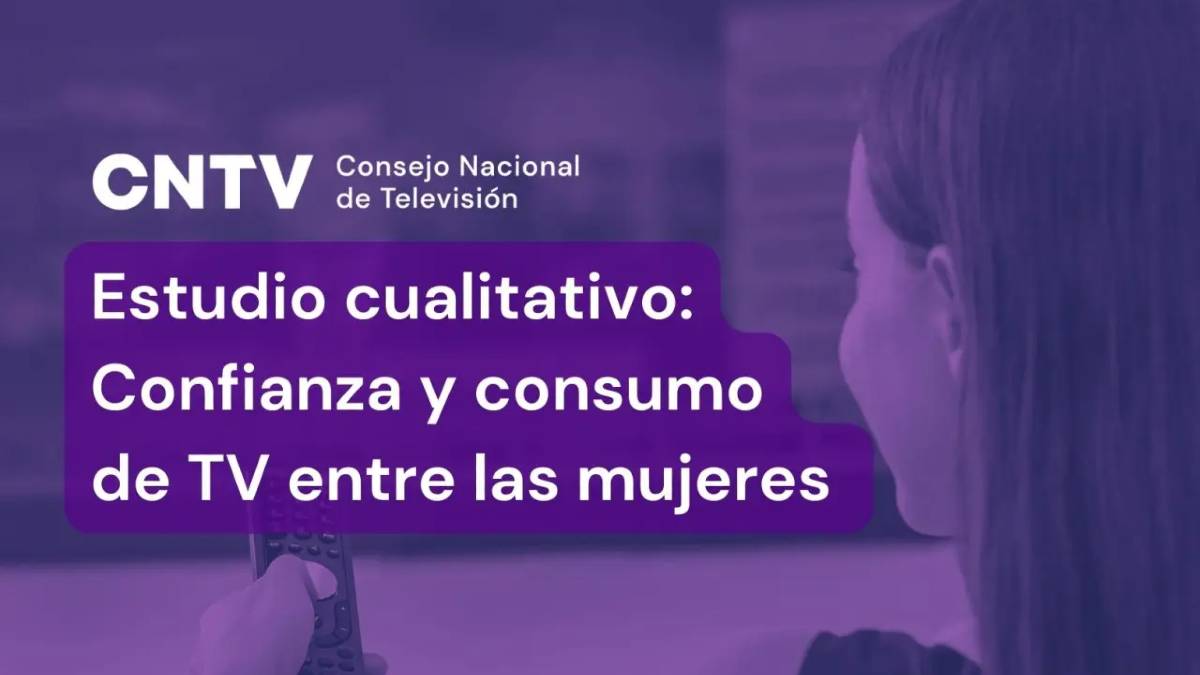 Chile. According to People Meter data analyzed by the CNTV's Studies department, women of all ages and socioeconomic groups are the largest consumers of television. Especially those over 60 years old, whose average daily consumption can reach nine hours. This trend is confirmed in studies aimed especially at older adults and continues to appear in consultations carried out by the CNTV.

According to the testimonies of the women interviewed, those who work at home tend to leave the television on as an element of accompaniment. Those who return home after work also have a high tendency to turn on the TV. In general, there were quite a few statements that the "TV" is on all day and the contents they are watching vary.

According to the study, women watch television in the company of children under the age of 16 at a rate that is double that of men, and that is true for both women who are heads of household, and those who are not. Even, the study points out, "women manifest a willingness to watch programs that they would not normally consume alone when it is the children or other family members who opt for them."

Despite the high interest in watching television, there is also a high distrust. It is a trend that is visualized in all audiences and not only among women. According to the publication "Confidence and consumption of TV among women: qualitative study on perceptions" carried out by the Department of Studies of the CNTV, in audiences of all ages, genders and socioeconomic groups a "panorama of high distrust towards open television is visualized, which coexists with a relevant positive predisposition to consume its contents". That is, people have a high willingness to watch television, but they distrust it.

According to the data, older women are the ones who trust television, free-to-air, pay or regional TV the most. It should be noted that confidence levels increase almost linearly with age, which does not mean that there is no distrust among older adults. Information, one of the main demands of audiences towards free-to-air TV, is one of the biggest recipients of distrust. "When television is criticized, the women in the study clearly identify a search for profit as the ultimate cause of screen problems," the study notes.

Various reasons explain the distrust of television. The homogeneity of the news is one of the factors mentioned by the people interviewed, who perceive that "all channels show the same thing," according to the study. The repetition of the news is another reason to be wary. According to data from the Yearbook of Supply and Consumption 2022, which analyzed more than 46,000 hours of screen time, almost 10,000 hours of news were broadcast.

Pluralism is a factor that affects distrust, says the CNTV research. "Both women and men agree that open television is not a plural medium and that if you want a different look, you should look at other types of media."

Centralism is another factor criticized by the women in the study. "I would like regional channels to be given more importance"; "That more time be devoted to the issue of the regions because everything happens in Santiago, but Santiago is not Chile"; "They do not give local news in the news, as before they cut the news to give a regional part"; are some of the expressions that account for this discomfort.

Negativity in the news also appears as a factor that influences distrust. The ability to promote and install negative issues, such as crime or environmental problems, are issues analyzed by the women in the study. That these contents are repeated on different days and channels would be causing "an effect of cumulative fatigue derived from being permanently exposed to the news," says the publication.

One factor that does build trust is that "TV faces are critical to building trust in television." According to the publication of the CNTV's Department of Studies, "faces perceived as free generate more confidence, which has an impact on the credibility of the channel."