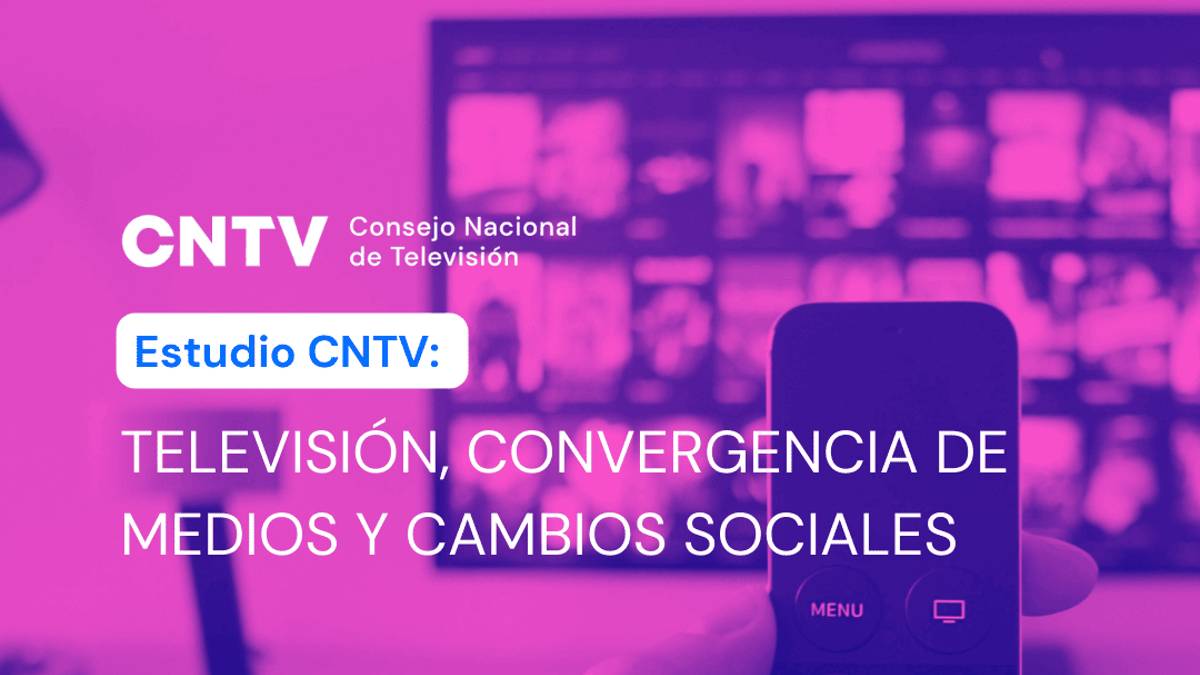 Chile. Traditional television has been systematically losing audience over the past ten years, including paid cable or satellite services. This is one of the main conclusions of the study "TV, Convergence of media and social change", carried out by the National Television Council of Chile.

According to the study on media consumption habits and their influence on people, between 2011 and 2021, free-to-air television lost 575,600 viewers, measured by the reach recorded by the audience measurement system known as rating. While in 2020 there was a small increase in reach due to the lockdowns motivated by the pandemic, the reach of TV fell again in 2021. The only age group in which open television has been adding audience is that of those over 65 years of age. In all other groups there is a leakage, this being more significant among young people under 24 years of age.

However, free-to-air television remains the main source of information, where almost 72% of the population declares to use it to inform themselves. It is closely followed by social networks, which are declared by 70% of the population as a relevant source of information. It is notorious to note that in 2017, only 26% said that they were informed through social networks.

According to the study, a factor that could influence this phenomenon is confidence, where the average score received by TV is 4.09 on a scale of 1 to 10. In two investigations carried out by the CNTV, the X National TV Survey of 2021 and the Study on Confidence in TV of 2022, it is appreciated that TV appears as the least reliable means to be informed, below radio, social networks, newspapers and pay TV channels.

It is paradoxical that the most used way to inform oneself has the lowest levels of confidence, which accounts for a clear dissatisfaction. The factors that most seem to affect trust are: the perception of pluralism – from the variety of content to the diversity of voices in public discussion -; the ability of television to deliver optimistic futures; and the assessment of opinionated and questioning television faces.

Low confidence indicates that there is an unmet demand for pluralism and a perception that television exacerbates or tends to focus on the negative or violent aspects of the information that is delivered: for example, crime, news about the pandemic or information about the permanent economic crisis, among others. Older people tend to rely more on free-to-air TV than young people.

The technological irruption
One of the relevant data of the study has been the enormous penetration that streaming services have had in television consumption. If in the studies carried out by the CNTV in 2014 only 2.4% of the population declared to have a streaming service, in 2022 the figure rises to 42.4% of households. In addition, the average number of platforms contracted per household is two services. Meanwhile, 45% also declare to use one of the free streaming services.

User satisfaction with streaming services is very high, reaching 80% during 2021. This contrasts with the declared satisfaction on free-to-air television, which reaches only 24%. Meanwhile, cable or satellite television has 42% satisfaction from users and local or regional TV, only 20%.

The greater technological equipment of homes is related to changes in habits. The smartphone has become virtually universal, with 90% of households claiming to have at least one of these devices. 74% say they have a smart TV and 61% say they have a mobile computer. 61% of the population declares to watch audiovisual content on their mobile phone.

According to the study , "these high levels of equipment are not a new finding, but for almost a decade, which has been impacting the way of watching television, that is, there was a change in habit. This includes a shift from a consumption in company, basically family, to a more individual form."