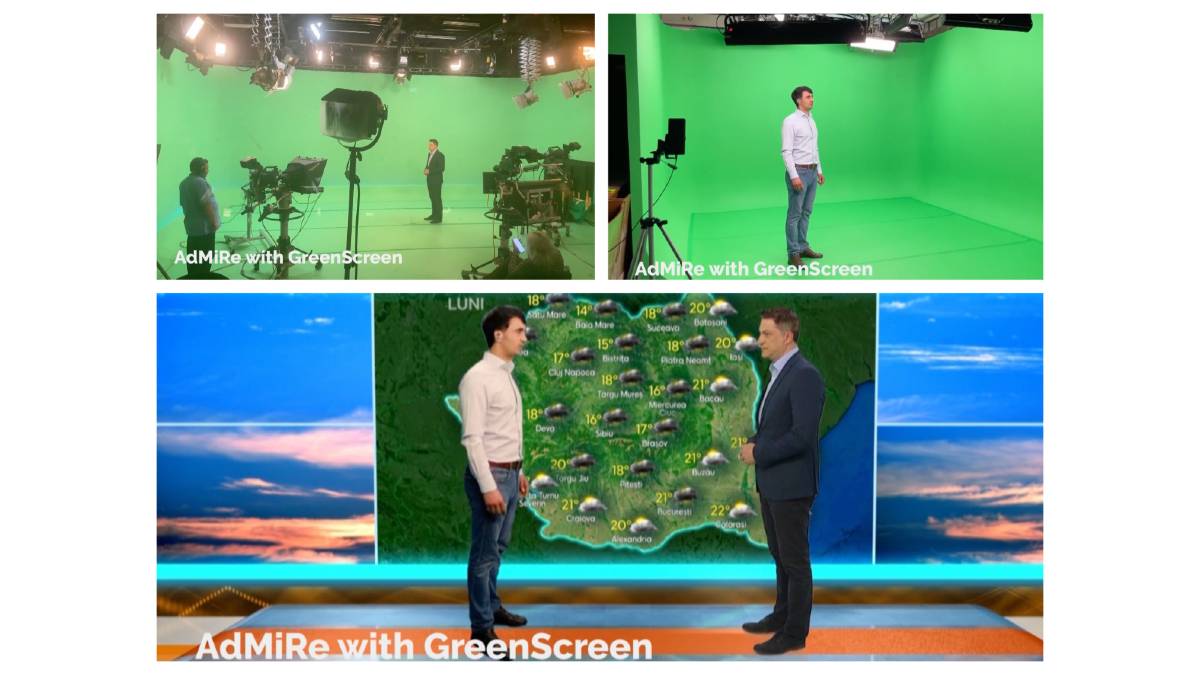 International. The Spanish company Brainstorm, finalized a project developed and validated for Mixed Reality solutions that allow the audience to participate remotely in television programs as if they were physically on set.

This European project, coordinated by Brainstorm, called AdMiRe (Advanced MIxed Realities) was funded by the European Commission under the Horizon 2020 Program and had the participation of technology companies, universities and televisions.

"The project focuses on developing and validating Mixed Reality solutions that increase the interest and participation of the audience in television programs, as well as in the generation of more attractive content," says Francisco Ibáñez, R&D Project Manager of Brainstorm and Coordinator of AdMiRe.

The project has been successfully completed after correctly validating the solution developed in the three participating televisions: NRK (Norway), TVR (Romania) and Premier Media (Ireland). With a simple App, developed jointly by the Pompeu Fabra University (Spain) and Brainstorm, and installed on the mobile, tablet or laptop, the audience can capture their own image and this is sent to the AdMiRe servers, where it is extracted from the background and inserted into the real scenario, or virtual, together with the presenters or the rest of the participants of the program, using the Brainstorm InfinitySet graphics solution and the background and super resolution extraction modules developed by EPFL University in Switzerland. As a result, the captured person can remotely participate in the programs as if they were physically there. 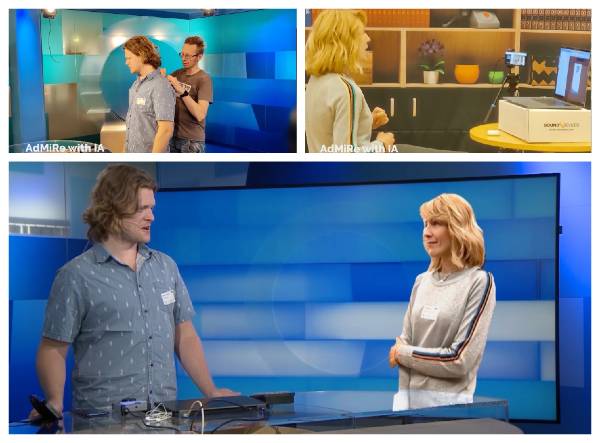 Javier Montesa, Technical Coordinator of the Project, states that "AdMiRe incorporates very innovative technologies of capture, processing and transmission of video, as well as super resolution and background subtraction technologies, to bring the audience closer to the television sets in the most realistic and simple way possible through the use of mobile devices". Unlike the current technique, which allows remote participation in television programs through a simple video, AdMiRe has achieved the perfect integration of a viewer or any remote participant in the scene, as if he were physically in it, generating an excellent visual perception by the audience. But AdMiRe also allows broadcasters to save costs when it comes to bringing collaborators and guests to the programmes, thereby supporting the Green Deal policies of the European Commission, which is one of the most valuable contributions of the project.

Francisco adds that with AdMiRe "Brainstorm has taken the first step towards the future remote production of television programs and does so by integrating in the same program presenters, guests and collaborators from different parts of the planet, interacting and participating as if they were all together physically, in a way practically imperceptible to the viewer."

Brainstorm has also integrated and validated AdMiRe alongside the Creative Platform Disguise (UK) for EXTENDED Reality (XR) studios based on LED screens. The entire validation process has been designed and developed by the Norwegian university NTNU.

Both the development of the project and the results obtained can be consulted on www.admire3d.eu and on the project's social networks.