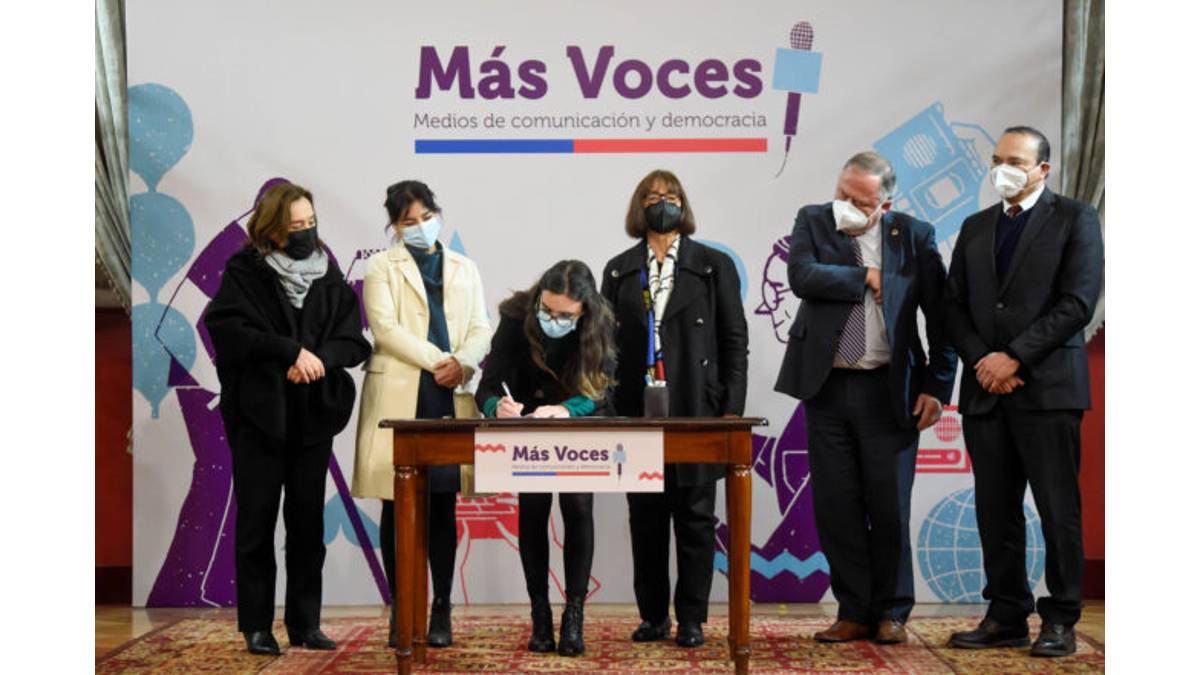 Chile. The government of Chile, together with the University of La Serena, Universidad de la Frontera and Universidad de Chile, signed an agreement called "More Amplitude, More Voices, More Democracy" which seeks the creation of a working group in which different actors will discuss issues on media and the exercise of journalism.

The ceremony at the Palacio de la Moneda was also attended by the rectors of the aforementioned universities, the Minister of Education Marco Antonio Ávila, the Minister Secretary General of Government Camila Vallejo and the Undersecretary of Telecommunications Claudio Araya.

The National President of ARCHI, Eduardo Martínez, who also participated in the meeting, indicated that "it is very important to reinforce the rights that the different media have to exist with clear rules and above all to the auditors who require truthful and independent information sources. We hope that the result of this working group will welcome the regional demand to have more information professionals and enrich the local debate that each area of our country generates."

This table will last six months and then continue with a process of evaluation and subsequent action to strengthen the media and professionals of the country.

No thoughts on “Chile to review the future of media”