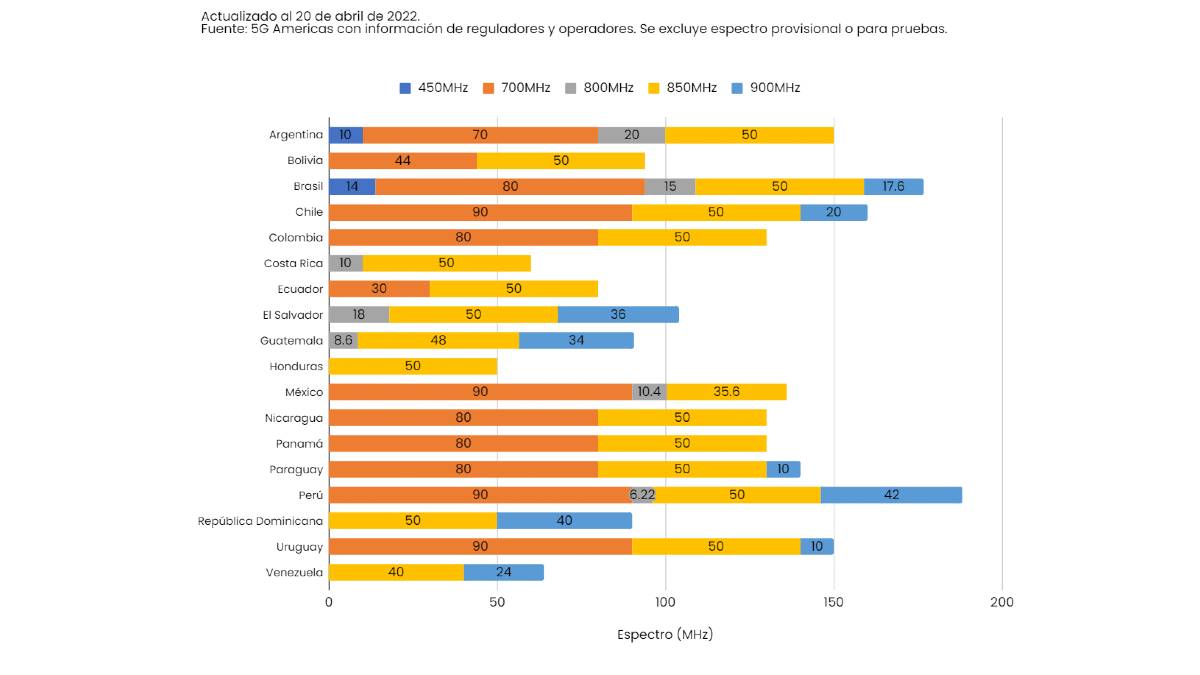 Latin America. At least 11 Latin American countries delayed between 2020 and 2021 the dates of the "blackout" of analog television signals, a relevant process to allocate the 700 MHz band to mobile broadband services.

5G Americas published the report "State of the sub-1 GHz radio spectrum bands in Latin America", which analyzes the situation of spectrum bands of this type in 18 countries in the region, and which are identified for international mobile telecommunications (IMT, for its acronym in English).

The countries that delayed their dates for the analog blackout were: Bolivia, Chile, Colombia, Costa Rica, El Salvador, Guatemala, Honduras, Panama, Peru, Dominican Republic and Venezuela. Although it is possible to license the 700 MHz band before the end of the "analog blackout", it is important to complete it in a timely manner to avoid risks of harmful interference.

The report finds that, in most of the countries analyzed, the 700 MHz band has already been licensed to mobile network operators in whole or in part, except in Costa Rica, El Salvador, Guatemala, Honduras, the Dominican Republic and Venezuela. As for the 600 MHz band, 10 of the countries analyzed have already attributed it to mobile service, but only Mexico plans to license it in the short term (2022 – 2023).

This edition of the report includes information on other sub-1 GHz bands in addition to those of 600 MHz and 700 MHz, which are already allocated to the mobile service and licensed in whole or in part, specifically those of 450 MHz, 800/850 MHz and 900 MHz. In some countries some are partially available or their use for mobile networks is being studied.

The IMT sub-1 GHz bands have high propagation properties, which makes them attractive for providing mobile network coverage in suburban or rural spaces, as they require relatively less infrastructure than networks deployed exclusively in higher frequency bands (more than 1 GHz). The identification of more spectrum available in "low bands" is an objective that the report suggests, as it can contribute to policies to close the digital divide and those that seek to accelerate the arrival of 5G.

The report "State of the Sub-1 GHz Radio Spectrum Bands in Latin America" is available for free download by clicking here.