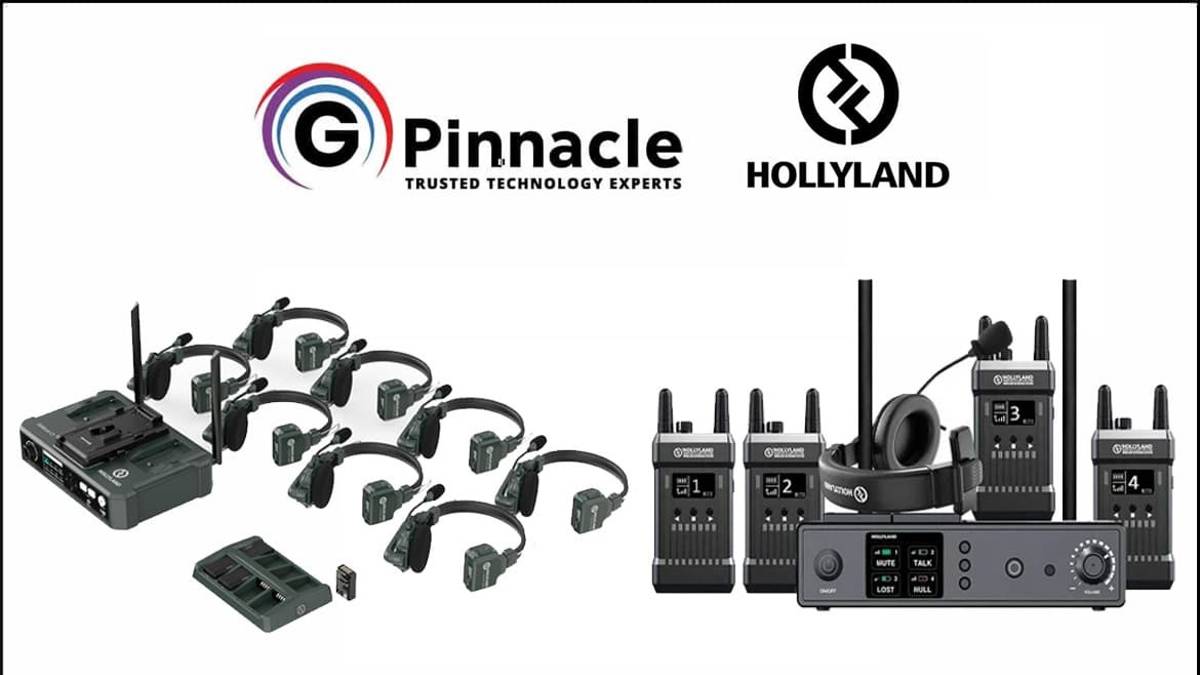 Latin America. As the official distributor for Latin America, Grupo Pinnacle clarified the differences between the Mar sT1000 and the Solidcom C1. "Hollywood products conquered the Brazilian market and all of Latin America! High quality products at the most affordable cost on the market, allowing all producers and customers to have access to the best technologies of the moment," said the commercial director, Fabio Angelini.

MarsT1000
The Mar sT1000 was Hollyland's first wireless intercom and consisted of a communicator base with 2 antennas and 4 more BeltPacks (a total of 5 people with headphones). The distance is called feet – 1000 feet = 300 meters. The BeltPacks (communicator radios) have an internal rechargeable battery via USB-C port that can be connected to the Base or using the same cell phone chargers. Charged they last up to 8 hours of autonomy.

The base has an LCD display with information about battery life and signal strength, plus a volume knob for the base headphones and a button to mute everything, which can be used to turn off the Beltpacks' MIC. The base has power connections with an external source (DCPower) or the input of 2 standard NPF batteries, which can last more than 10 hours of use (NPF970).

An important feature of this model are the headphones, which have a professional format with noise reduction function, ideal function for events that have high volume of music (concerts, churches and others) in addition to using P3 connections, the same as those used in cell phones. In addition, the system can be extended using two bases connected by a network cable.

Solidcom C1
Hollyland's newest model has the advantage of working with up to six baseless communicators. Unlike other models, Solidcom C1 is not a BeltPack + Headset, but a Communicator Headset (Tx). When used without a base, one of the headphones is the master and the others will be the remote ones (1 Tx Master + 5 Tx Remote). They have rechargeable and removable batteries, increasing the possibility of use (two batteries are included for each Headset) the Tx Master reaches 5 hours of duration (when with 5 Remote) - each Remote has up to 10 hours of duration.

When more than six people are needed to interact, this system can attach a HUB dock, which can connect up to nine people (1 Base + 8 Headphones) with an LCD screen with the information.

Solidcom C1 still has the special advantage of working with up to two Groups (A-B), which can be easily selected with buttons on each headset, as well as volume adjustment with the button (+ / -). They reach a range of 1000 feet (300 m) between the main TX and remote controls, or between the hub base and remote controls. They also have LEDs in the Mics area with connection and battery status information, making it easy for the operator to view.

No thoughts on “Learn the difference between Hollyland intercom models”