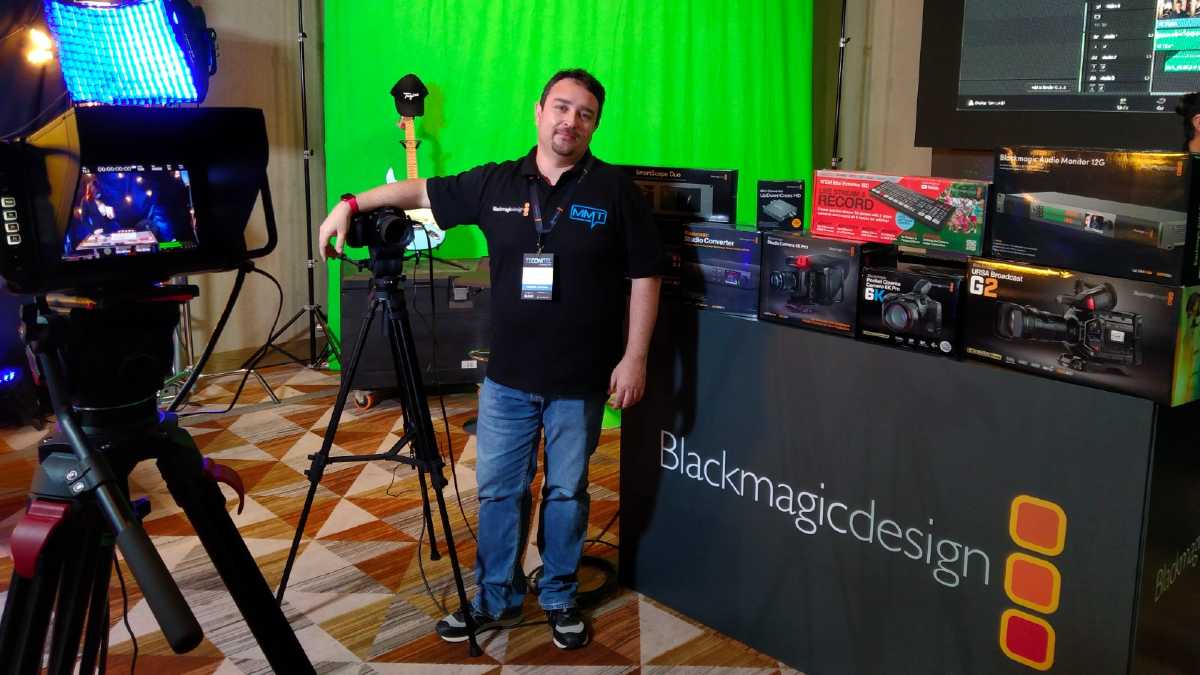 Chile. At the beginning of February of this year, the mmT company assumed the wholesale distribution of Blackmagic Design for the Chilean market. In these months, the company has had the opportunity to participate in important production projects with Blackmagic technology.

Cristóbal Montenegro, Product Manager of Blackmagic Design for Chile at the MMT company, told TVyVideo+Radio details of these projects. The first case is AGTV, a content production house for different channels. They have long used Blackmagic Design products for their productions. They started with the first Ursa cameras and today they have more than 8 cameras for each production, added to the video switchers, the color control systems of the cameras, monitors. The whole chain.

For the AGTV project, MMT has worked hand in hand with the integrator Ser Digital. "They have delivered as a key product the Ursa Pro 12K camera, being the first time it is used in Chile in a mass production for television directly, for commercial production. Six cameras were delivered in March, they already had another three from the previous production, and production began two weeks later."

Cristobal Montenegro added that "They chose Blackmagic, first because of its price/quality ratio, and second because it responded very well by being able to work with different types of lenses for different location conditions. They have locations that are very dark and in order to save on lighting cost they chose this camera, because they could choose brighter lenses that are compatible with the equipment."

The second success story is emblematic for Blackmagic Design in Chile. A little over 10 years ago three friends teamed up to create a television production company with a Blackmagic set. In this time they have maintained the product line and today they have three mobile units and two television studios using throughout the chain technology of the Australian company: camera, switch, recorders, postproduction, among others.

"Just as MMT took the brand for Chile, the Ursa G2 was launched for broadcast. This production company has taken advantage of this opportunity because the camera has a correction advantage of its brighter sensor and lens mounts for television. This has been super advantageous for them because it has opened up a new market for them such as live events. In March they were able to make the production of the streaming transmission of the two stages of Lollapalooza, each with four cameras. In total they have acquired 8 cameras, both the G1 and the G2", concluded Cristóbal Montenegro.

No thoughts on “Blackmagic Design grows in Chile with MMT”