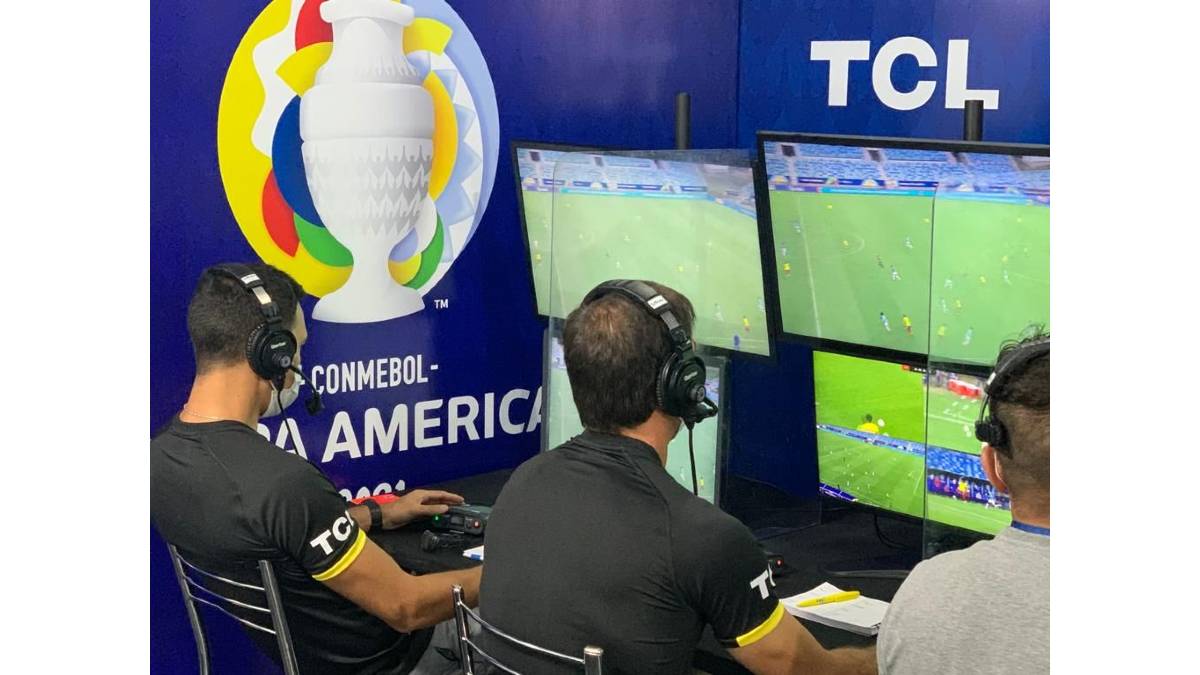 Brazil. Savana Comunicações LTD., a Brazilian partner of Clear-Com, together with Mediapro Group Paraguay, were in charge of providing the equipment and the video refereeing (VAR) experience for the Copa America games that took place in five different stadiums in Brazil.

A video assistant referee is a designated match official who reviews decisions made by the lead referee with the use of video footage to minimize human error. This process requires efficient and reliable communications with very low latency between the VAR referee reviewing the images, the main referee on the field and the video playback operator, as it can greatly influence the outcome of a game.

"Communication is the most important part for the VAR team. It is important that the audio is clear and intelligible because we are recording it for a reproduction that can affect who wins the game," said Sergio Miño, Technical Manager of Mediapro Paraguay.

The Pantanal Arena of the city of Cuiabá used a VAR system based on FreeSpeak II, the Serra Dourada Stadium of the city of Goiania used a HelixNet digital partyline and two stadiums in Rio de Janeiro, the Maracana and the Nilton Santos Olympic Stadium, as well as the Mané Garrincha Stadium in Brasilia, used similar configurations with the Encore analog partyline system integrated with an Eclipse HX frame through LQ and the V series connected via IP.

"We had the experience and technical teams of Clear-Com de Savana to help us with the setup and operation during the matches in all the stadiums we serve, which was an ideal situation, and we didn't have any problems with Clear-Com," Sergio said.

"Clear-Com users reported that the systems were easy to use and met all the demands required by the sport and by the technical teams that operate the systems," recalled Joao Pedro (JP) Homem, Engineering, Savana Comunicações.

"I think VAR brings equality to the sport and levels the playing field, so to speak, for all players," JP said. "It's great to know that Clear-Com is part of this, bringing quality and credibility to the referees' work. Clear-Com responded to all the demands without problems, which gives us a lot of confidence for next season."

No thoughts on “Copa America uses Clear-Com in VAR”