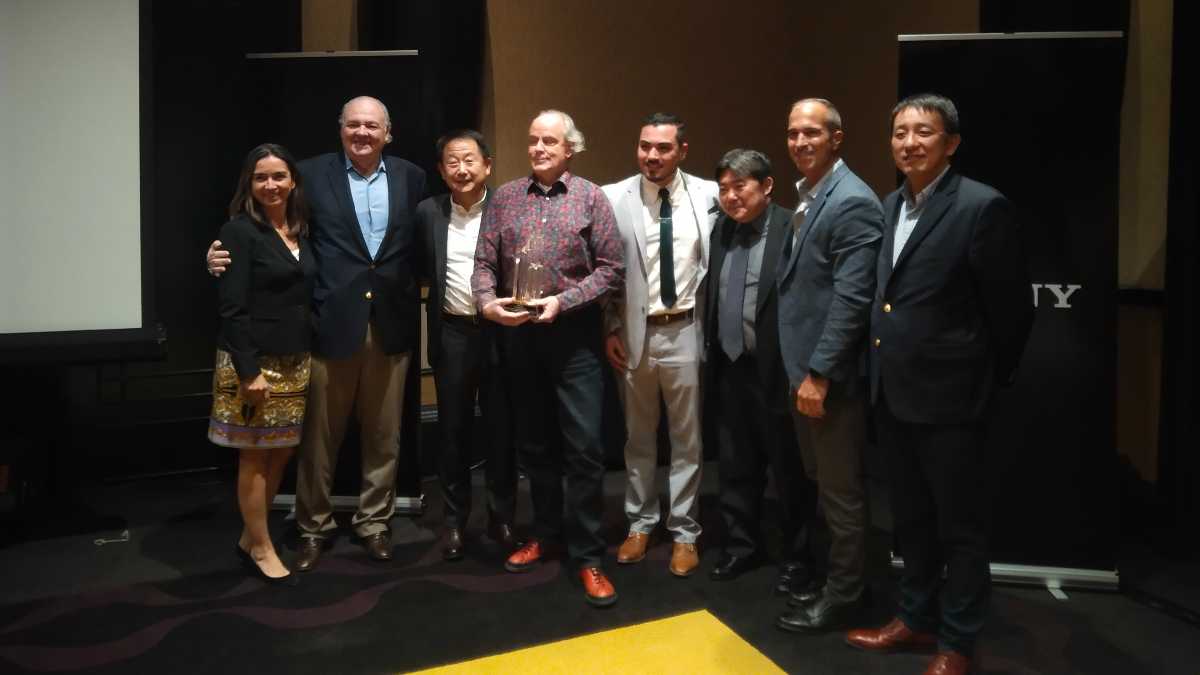 NAB. In its annual meeting with distributors in Latin America within the framework of the NAB Show, Sony presented awards to its distributors for the management carried out in the different product lines of the company during 2021.

Videocoro de Chile received three awards: two for marketing in production switchers and XDcam cameras and the award for business leadership in the industry in his country.

Viditec from Argentina received two awards: one for broadcast sales and another for the marketing of studio cameras.

Vidiexco received recognition for its work with the cinema line in the region.

Telecuador was recognized for the management of contracts and services in her country.

And from Mexico, three representatives were awarded: Viewhaus for the sales of cameras and broadcast switcher; Videoservices for the news project with Telemundo; and Color Cassette for growth over the past year.

The awards, which were presented at the Planet Hollywood hotel in Las Vegas, were attended by the new president of Sony PSLA, Kenichiro Hibi, and Luiz Padilha in his new position as advisor to the company.

No thoughts on “Sony gave awards to its distributors in Latam”