We present the interview to the German Marco Berger, journalist, filmmaker and producer of documentaries, who gives his insights on how to tell a story for television.

With Marco Berger we will address the way to tell a story that generates harmony; the way to know and share his narrative style and the creative resources he uses in his productions. Berger works as a freelance journalist for the Franco-German television channel Arte.

In addition, he has been a professor at the International School of Film and Television in San Antonio de Los Baños (Cuba). He participated as a producer, director and instructor for the television program of the Pontifical Bolivarian University in Rojo y Negro (Medellín headquarters). He has also been a correspondent for private and public Latin American television networks in Mexico, Argentina and Brazil.

What is it to tell a good story through a genre such as reportage or documentary for a medium such as television?
Marco Berger: First, I must explain how the making and production of a report or a documentary here on German television works. Like you, we have public and private channels. However, there is a difference; public channels focus on information while private channels focus on entertainment. In this sense, if you have a story for television, it should be informative and entertaining, which guarantees a good rating. This is thinking about a mass audience.

For the achievement of this purpose a good protagonist must be chosen through whom the story is told. In Germany, for example, it works like this: it must have charisma, achieve identification with the audience, help resolve the conflict posed by the report and, in addition, include a challenge that is of interest to the public. This challenge arises from the beginning and must be solved at the end of the report.

Marco Berger: I will give an example: recently the Arte channel asked me to do a report on the problem that exists at the moment in Colombia, which has to do with the fact that during the 70s or 80s there were only four hippos in Colombia imported by Pablo Escobar and today it is an invasive species with about a hundred animals throughout the Colombian territory. The problem is that these animals are affecting the environment and there is also the fear that they will attack the population that lives near the Magdalena River. In this sense, the question arises: how to explain or outline this story? For this case a character must be sought, for this case, Gina Paola Serna Trujillo, Veterinary Doctor, was found, who explained to us what the environmental crisis generated by hippos and; through his work on the subject; to be able to narrate the whole conflict that hippos have in Colombia.

Before starting the recording, the researcher must ask himself: who can carry the conflict; who can explain what it is and what are the problems and dangers that it entails? From these questions it was identified that Gina could be in charge of taking the story from beginning to end. Subsequently, you should look for research that is carried out on Gina on the Internet, magazines, newspapers of Colombia and web pages.

During the research stage we spoke with Gina to visualize and illustrate the conflict, determine what actions were going to be recorded with her and inquire about the work she was doing with the hippos. The estimated duration of the report is approximately 50 minutes, it had to maintain the attention of the viewer and had to comply with the rule that proposes that every three or four minutes a new scene (place) must be presented.

In the style of the reports you have made, there is a dynamic camera, with many subjectives, forceful statements, voiceovers with data and narratives that follows what the character does: Is there a style of Marco when making reports or is it a certain style of European productions?
Marco Berger: If this is my style: I leave the camera recording all the time, with the expectation that from one moment to the next I will get a scene that will serve me for the report. This is my style, always leaving the camera moving. For example, Gina is in her boat going down the Magdalena River and we are looking for hippos for hours without success, however, the camera is left recording for 20 or 30 minutes, until from one moment to the next a hippopotamus appears. This moment enriches the documentary. Other resources I use is to ask the protagonist of the story to take walks and ask him to perform actions. When they have a problem, they are repeated to capture very good images.

Any advice, some method or some way for a person to get their own style or their own way of narrating?
Marco Berger: There are no secrets, rules or recipes. I think the success of a report depends more on the production of good ideas and the key question, what do you want to do? Hippos are known more in Colombia than for foreigners. This fact generates more suspense and expectation for us. For our case, something exclusive and novel was required, out of the ordinary.

As journalists we must look for something that is of our interest and our passion. I think love is important in selecting a theme and a good story. Likewise, know how the camera is handled, its movements such as panning, tiles, subjective. I recommend always having the protagonist in the foreground, while in the background supporting images that facilitate including the voiceovers on the subject that the character is narrating.

How to take advantage of technologies to enrich the narrative and enrich the work of the reporter? 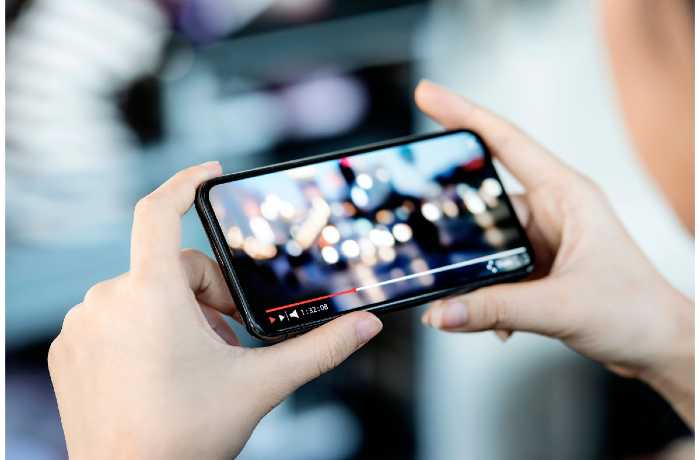 Marco Berger: I think it's getting easier and easier to make a report or documentary with smartphones. In the channel for which I work they use them to make the reports. It is becoming easier and less expensive to make a documentary. For young filmmakers it is easier to be authors of their own reports and can also add their creativity, passion and love for the subject. For the case that we have assumed as an example, the issue is the hippos of Pablo Escobar that have taken the Magdalena River and through this river can reach any part of the country, but history has to do with that woman who fights against this danger from aspects such as political and environmental. In this sense, the question may arise: how can I illustrate this struggle? The answer could be: accompany that problem with the cameras and assume the position and role of director. I am sure that, if you accompany the character in the most powerless and impressive moments, you will generate an eye-catching story for a mass audience.

What was the intention with the documentary In Search of truth that tells the model of justice, peace and restoration lived in Colombia during the peace process with the paramilitaries?
Marco Berger: It was very important to me to be the advocate for people who don't have a voice. We had all the tools, the cameras and the channel to be the voice of those who are victims of the Colombian conflict, mostly peasants who do not have access to a television channel and do not know how to seek a mass audience. According to this statement, we are a help to them, that I understand from my work. I can illustrate with the camera and the testimonies the pain and how important it is for them to discover their relatives.

I remember the documentary In Search of the Truth, a man who moved us a lot, because he told us: "Look, I knew that my son had died 10 years ago, and now I am calm because at least I could give him a dignified death." With this testimony I understood the importance of the victims within the Colombian conflict. The important thing is to give them the opportunity to talk, to explain their pain and to know what is behind all this. This was my intention at that time as a correspondent and aid worker in Colombia.

How to investigate in depth a report or a documentary?, what is the method?, what are the steps?, how to know how to systematize also the information?, what is the strategy to investigate well in a report?
Marco Berger: The Internet plays a fundamental role because you can easily find the information you need, but you should also read newspapers, talk to other journalists, have an interest in something in particular, search and have an idea about the subject. For example, on Colombia's current challenges with respect to the environment, the topic can be initiated as the following initial questions: is it a problem or not?, who can tell me something about it?, are there people who are fighting hard and do not achieve anything?, why do they not achieve anything?, what are the enemies or challenges they have?

So, you must first know what I want to report, have an idea, and then research the subject with experts. Later define the protagonists, places and actions. The protagonists must do something, go beyond just interviews because these elements provide entertainment. Unfortunately, serious topics should be presented in an entertaining way through, for example, a charismatic protagonist who must solve a challenge.

What is the importance of public documents, of research documents, which are the narrative axis and validation of what is happening? 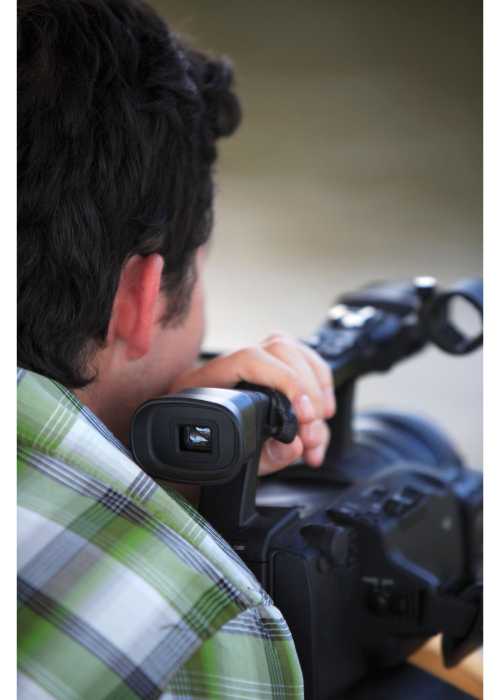 Marco Berger: Because the journalist must be the fourth force in a society, that is, have control over the people who have power, such as politicians. I am aware that doing research work in Colombia is different from doing it in Germany. In Colombia, journalists are at risk of being threatened for their investigations, however, it is necessary to investigate what the people in power do. For the country's democracy, strong journalism is essential, fighting for people who have no voice.

How to develop a good interview that meets the style you have been talking about?
Marco Berger: There are two sources of information found in the report: the voiceover and another is the testimonies. There is a big difference between these two sources. With the voiceover you can provide information to the viewer such as figures or places and also serves to explain where the character is. Through the testimonies something more emotional is presented, from questions that contribute in this direction.

Other keys to achieving a good interview could be, among others, listening carefully to what the protagonist says and being well informed about the subject in order to ask pertinent questions. In addition to these keys, emotional responses must be found from the interviewee that allow the viewer to identify with the protagonist and get him to coincide with the filmmaker in the proposed challenge and be able to affirm: "he has the same challenge as me, now we are going to see how he solves the problem".

Undoubtedly, Marco Berger, as an international cooperator, managed from his instance in Colombia to contribute to students of the Pontifical Bolivarian University to understand the importance of a permanent search for the truth, in dealing with issues of the conflict and understanding the pain of the victims. Marco as seen in the reports made for the program En Rojo y Negro made an invitation to look at the most serious conflict in Latin America and give you to those who need it most, such as the victims. Those who have been waiting and pleading with the State and society: justice, peace and reparation.

If you want to know the work done by Marco Berger we invite you to know it through the following link: https://www.arte.tv/de/videos/101139-008-F/geo-reportage-escobars-erbe/

No thoughts on “Television reporting”