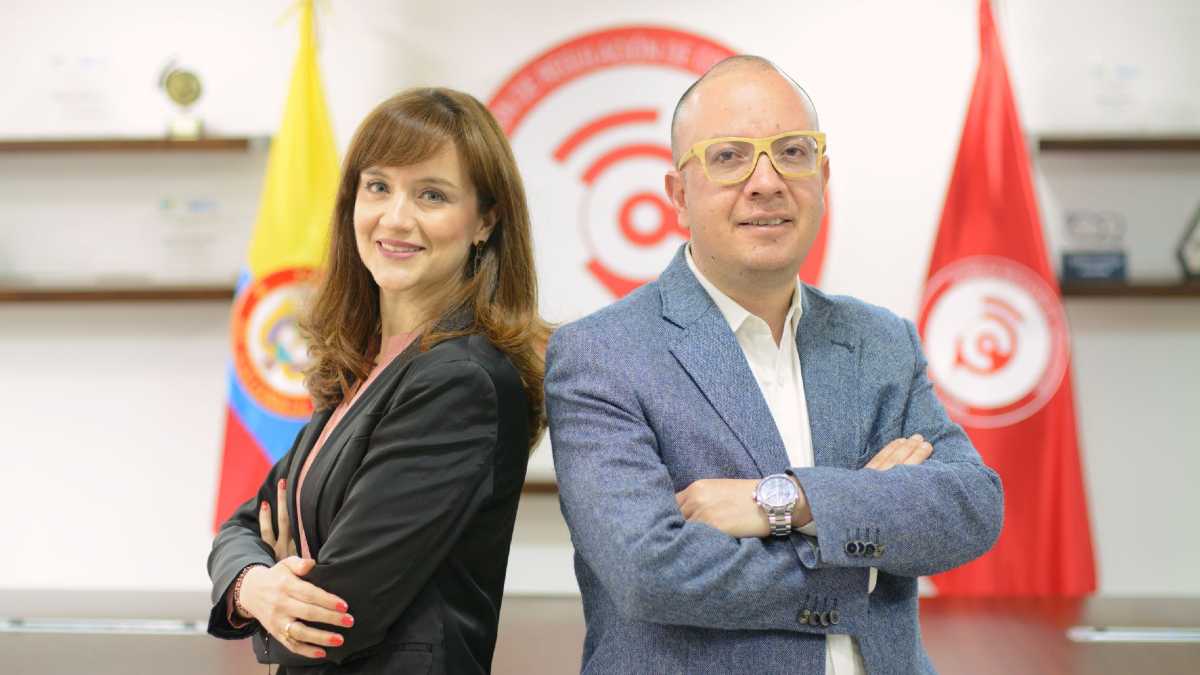 Colombia. In an act of possession carried out on the first of March 2022, Paola Andrea Bonilla Castaño assumed as the new Executive Director of the Communications Regulation Commission, CRC, which was previously in charge of Commissioner Sergio Martínez Medina.

Paola Bonilla is an economist from the University of Ibagué and holds a master's degree in Economics from the Universidad del Rosario. She has more than 14 years of experience in the ICT sector, working at the CRC from 2007 to 2014, where she served as a senior economic advisor and as Market Regulation Coordinator. In this entity he led the development of projects associated with the regulation and analysis of markets, identification of failures and regulatory measures to promote competition and protect the rights of users.

She also worked in the National Planning Department (DNP) from 2014 to 2020, where she served as an advisor to the Subdirectorate of Telecommunications and the Directorate of Digital Development (DDD), Deputy Director of Digital Foresight and Director of Digital Development. In this period he led and coordinated policies and projects in the ICT sector and developed and guided studies and research that promoted the digital development of the country with a prospective vision, as well as the formulation, leadership and coordination of policies and projects at the national level, to promote the digital development of the country, the closing of the digital divide and the massification of the digital economy.

Likewise, she participated in the construction and formulation of the National Development Plans 2014-2018 and 2018-2022, highlighting in the latter her leadership as Director of Digital Development of the DNP responsible for the elaboration of Chapter VII of the Pact for the Digital Transformation of Colombia: Government, companies and Households connected with the knowledge era.

Additionally, he was in charge of the development of exploitation and innovation projects based on data (Big Data) as an input for the construction of public policies. For this, he coordinated the Data Scientists Unit of the DNP, the first technical team in the public sector that applied and promoted the use and exploitation of data for public policy decision-making in Colombia.

He has vast experience and knowledge in competitive economic issues, market regulation, regulatory improvement, Regulatory Impact Analysis (AIN), among others, as well as great leadership skills focused on achieving objectives, which has been reflected in his career in the sector.

Since 2019 and as a result of her participation in the public tender for the election of Commissioner of the Communications Commission Session advanced by the Administrative Department of the Public Function, she serves as Expert Commissioner of the Session of the Communications Commission of the CRC, where she has led, guided and promoted proposals for general and particular regulation for communications services, television, sound and postal broadcasting, including the Universal Postal Service, to build competitive markets, encourage investment, and ensure user protection.

"For me it is a real pride as a professional and as a woman, to take on the challenge of directing the activities of the regulator from the Executive Directorate. I take on this challenge with all the responsibility, commitment and willingness to move forward with the ambitious regulatory agenda we have for this year," said Paola Bonilla.

It should be recalled that, in accordance with the Internal Regulations of the Entity, the Executive Directorate is exercised on a rotating basis among the Commissioners of the Communications Commission Session, for a term of one year each, not extendable and not re-elected.