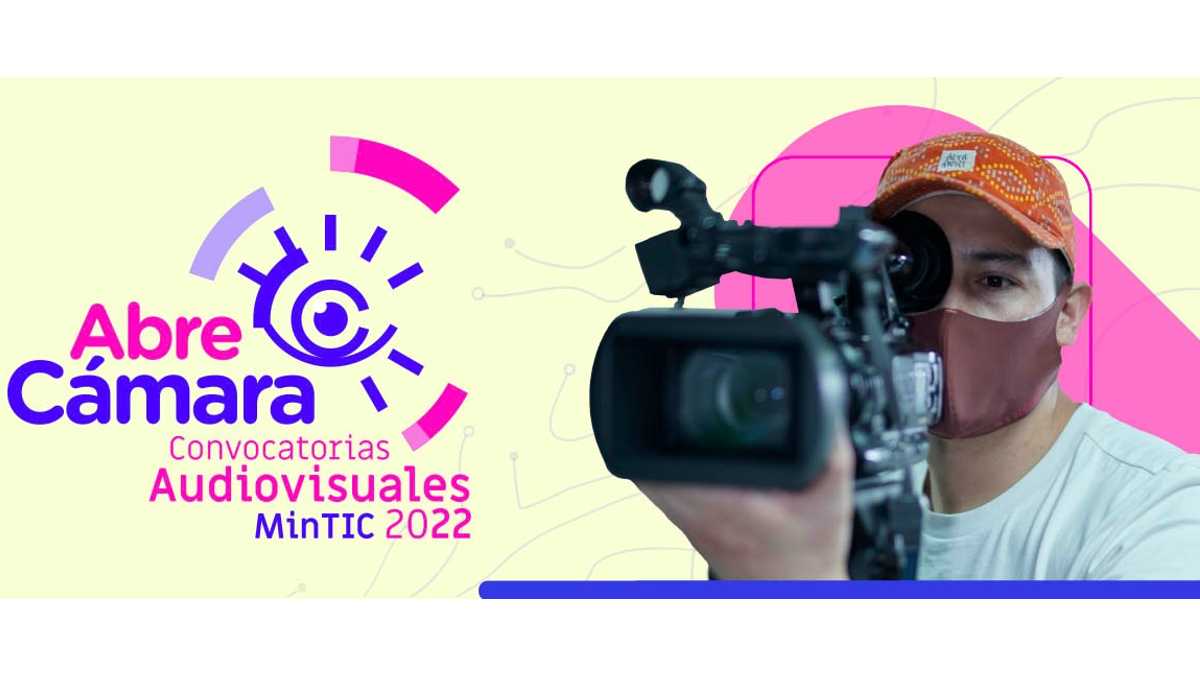 Colombia. MinTIC opened the audiovisual call 'Abre Cámara' 2022, which will finance with more than 24 billion pesos, (about US$6.1 million) to 89 productions, selected in six categories.

The audiovisual productions will be financed by the Single Fund of Information and Communications Technologies, FUTIC, for their realization process that includes script, pre-production, production and post-production.

"We are pleased to open this new call with which we continue to support small producers and communities in the regions. In this way, we also contribute to the reactivation of the industry and the realization of high quality public and cultural interest content, which already has international recognition," said THE ICT Minister, Carmen Ligia Valderrama Rojas.

2. MSME audiovisual production companies whose main domicile is a municipality other than Bogotá with resources of more than $2,967 million ($2,967,400,000), for 15 products of: unitary documentaries, animated fiction series, documentary series and fiction web series.

4. Black, Afro-descendant, Raizales and Palenquera communities, and Rom communities with resources of $1,030 million ($1,030,000,000) for 6 projects of: unitary documentaries, fiction units and fiction series.

5. Operators of the non-profit television service (local and community) with resources of $660 million ($660,000,000) for 4 productions of documentary series.

6. Operators of the community television service (peace issues) with resources of $630 million ($630,000,000), for 9 productions of documentary units and transmedia products.

Registrations will be open from February 25 to March 4. All information on conditions and requirements may be consulted in https://mintic.gov.co/micrositios/convocatoriastv2022

Requirements to keep in mind
It is important to clarify that the productions that are postulated have to be new, that is, they must not have been made, nor issued prior to the registration to the call 'Abre Cámara' 2022. Once the first stage is concluded, the selected participants will be able to present their creative proposal that will be submitted to the technical evaluation committee that will announce the winners in May 2022.

The draft conditions of the call received 108 comments. Both the observations to the draft, as well as the recommendations of the industry in the working groups that were advanced, were thoroughly reviewed, answered and taken into account for the different stages that will be filled this year.

In its two previous versions, 'Abre Cámara' has provided incentives for 46 billion pesos to 154 fiction and non-fiction projects, postulated by women, MSMEs in the region, indigenous communities, NARP (blacks, Afro-descendants, raizales and palenqueros) and older adults.

The creativity, talent and quality of Colombian productions financed by MinTIC, have received more than two hundred nominations and around 40 awards in competitions such as the India Catalina Awards, TAL Awards and Platinum Awards, leaving the name of the country high.

No thoughts on “MinTic will finance 89 audiovisual projects”